Today is the 50th anniversary of the release of the first Bond film, Dr. No. Also, I reviewed Casino Royale earlier this week (undeservedly voted the 56th greatest film of all time by Empire readers in 2008), and Skyfall, the 23rd official Bond film, is released soon, so this seemed to be the perfect time to do a Top 5 list related to Bond in some way. As much as I would have liked to have done a comprehensive list of my five favourite Bond films, villains, girls, gadgets, cars, locations, henchmen, lairs, guns and kills, I’m afraid I don’t know nearly enough about the series to do that, seeing as I’ve seen quite a few of the films only once, and many of them I can’t remember. I do know that my favourite film is Goldfinger, which also features my favourite henchman, Oddjob. Scaramanga is probably the best villain I can remember, or perhaps Max Zorin, but that’s mainly for the actors playing them. So instead of any of those lists, I’ve compiled my top 5 of the actors who have portrayed Bond onscreen in the main series (I’ve not seen the 1967 David Niven-starring Casino Royale). Seeing as there’s only six actors currently in the series, this was a pretty straightforward list to compile. 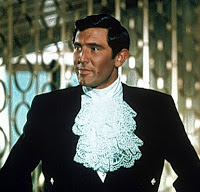 5. George Lazenby
On Her Majesty’s Secret Service, Lazenby’s only outing as Bond (so far), was deride on release but has thankfully since become something of a fan favourite. So why isn’t Lazenby higher on my list? Well it’s because he doesn’t get to spend very much time actually playing Bond, instead having to impersonate a Scottish genealogist called Sir Hilary Bray in order to infiltrate a villainous allergy study (is there any other kind?) in which Blofeld (Telly Savalas) has apparently cured twelve beautiful women, named the Angels of Death (and including a young Joanna Lumley), of their respective allergies, but really he’s brainwashed them to spread a virus. Lazenby’s short time as the actual Bond is OK – I never liked his fourth wall breaking to-the-camera remark though – but was just too short-lived to make much of an impact.

4. Pierce Brosnan
Brosnan seemed to be a pretty good choice for Bond. He had the looks, the charm, effortless cool, but in my mind he was just a little bit too polished, he looked a little bit too handsome, without being rugged. I never really believed he could handle himself physically like Bond has to (not that I can talk, I don’t have rippling muscles as much as I just ripple). I found Brosnan to be suave and engaging, but he was far too much of a poser, and he always felt a bit too 90s for me. I’m not sure what that means, but it’s what I think anyway. Goldeneye rocks though.

3. Daniel Craig
I never doubted Craig’s selection for being Bond. The main criticism that seemed to be levelled against him after being announced was that he had the rock hair colour (he was dubbed James Blonde by some rather uninspired journalists), but he corrected all my issues with Brosnan’s Bond. Craig felt much more rough-and-ready, able to take a beating just as easily as deliver one, whilst retaining the ability to quip out a one-liner or flirt mercilessly with someone he’s just met.

2. Timothy Dalton
Seriously, I think Dalton was perfect as Bond. In everyone else’s hands he always felt too comical, too silly, too ridiculous, but Dalton has a seriousness he just can’t shake, a sincerity that made his Bond someone you empathised with. He wasn’t just an empty vessel, a blunt object, the choices he made and the deeds he did made an impact upon him. Dalton’s level of humourlessness ran so deep that he’s not even that funny in Hot Fuzz, but then he wasn’t supposed to be, he’s the bad guy. 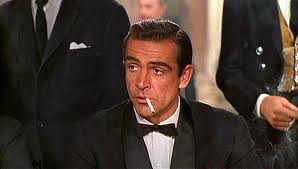 1. Sean Connery
Yes, Dalton was great, but there’s no beating the original. James Bond just is Sean Connery, there’s no denying it. He laid down the template and broke the mould, with every actor since trying to recapture that same blend of being desired by every woman and envied by every man. Some of his films may now feel a bit dated (it’s been 50 years), but Connery’s Bond is a creation that will never feel dated, because he was never timely. He’s above everything, a kind of superhero for the every day bloke, and it’s my understanding that no-one will ever better his performance in the role.

And the worst… Roger Moore 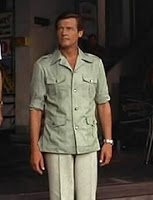 A few years ago I made my way through the Bond saga chronologically over the course of a couple of weeks, and the only point at which I regretted it was around Octopussy, Moore’s sixth and penultimate film as Bond, by which point I was becoming extremely tired of his cocky smirk, condescending eyebrows and generally irritating demeanour. He just never took the role seriously enough for my liking, and stayed on far past his limit, so the man with the most Bond titles under his belt is, for me at least, the worst Bond to date.