I’ve been having a hell of a week. If you ever start thinking about moving house, just don’t, it isn’t worth the hassle. I won’t get into the sources of my strife, but let’s just say I’ve been party to some intensely aggravating people these past few days, and so I’m attempting to alleviate my frustrations by thinking about the even more annoying people that are out there that I could have come across instead (or may yet do).

Sometimes characters are supposed to be annoying – you’re supposed to hate them for getting the hero’s girl, or to justify why the lead girl just punched the guy in the throat – but other times some characters are just completely misjudged in terms of how they’ll stack up against Wolverine scratching a chalkboard. Oh, and whilst making this list I found a lot of times I was just writing “The kid from such-and-such”, and “The kids from so-and-so”, so my list of annoying children in film is an entirely different one, that may well come up again sometime soon. To be honest, that one could be a top 100 list, probably. I’ve also tried to limit the entries to one-per-actor, as sometimes I find characters annoying purely because of who is playing them. And I’ve shied away from characters who are irritating because they’re such antagonistic dick heads. 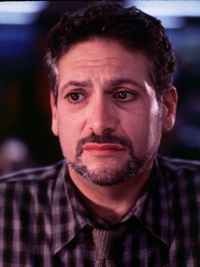 Honourable mentions:
So it turns out I’m fairly easy to annoy, and therefore I’ve got a hefty list of Honourable Mentions. Firstly, Ron Weasley (Rupert Grint) is horrendously annoying in the first few Harry Potter films, before he worked out his face could pull expressions that weren’t ‘petrified grimace’. Marty Gilbert (Harvey Fierstein), Jeff Goldblum’s boss in Independence Day, is also very annoying, but this is mainly due to his unbearable grating voice, but fortunately he dies fairly early on, so there’s not too much of him to endure. Then there’s Hart Bochner’s Ellis from Die Hard, who I never want to stop punching, and Clifton James’ Sheriff Pepper from Live and Let Die and The Man With The Golden Gun, somehow managing to be even more infuriating than Roger Moore’s Bond. Beth Grant’s character in Speed, Helen, the crazy woman who tries to jump off the bus, is also infuriating, but I’m going to give the award to Leah (Olivia Thirlby) from Juno, just for using such phrases as “Honest to blog.” They made me want to seriously harm that creature.

I’m getting this one out of the way early, as I fear it may be unpopular, but I’m just not a huge fan of Jessie. When Toy Story 2 was released, I heard a lot of people claiming it to be significantly superior to the original, and largely I agree to this – the animation is better, the cast had increased to include Kelsey Grammer and Wayne Knight, two favourites of mine, and the story was just as compelling as before, but what detracted it for me was the inclusion of Jessie, the yodeling cowgirl. Yes, her little vignette was tear-jerking, and one element missing from the first film was a strong female character, but her high-energy frantic nature – and the yodeling – make her too much for me. It did lead to one of the funnier extras on the DVD though, when the animators created a crude alternate sequence to how her flashback ends. And before anyone gets too uppity in her defence, this is my list, and I’ve seen plenty of others with characters on that I’d strongly disagree with. There’s lists of annoying characters out there that include the likes of Ace Ventura, Forrest Gump, Derek Zoolander, Mark Wahlberg in The Departed (easily the best part of that film), Samwise Gamgee and Luke Skywalker. 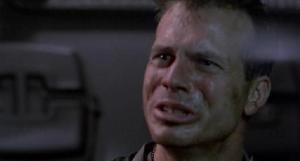 How this guy ever got to be a marine, I don’t know. He’s a snivelling, cowardly, self-servicing whiner who spends the entirety of the film complaining and fearing for his life. Bill Paxton has a knack for playing intensely hateable characters – just look at Weird Science’s Chet – which makes him perfect for Hudson, a man whose death you positively look forward to, and hope that it’s drawn out and painful.

I hate Australia. Not the country, I’ve never been, but Baz Luhrmann’s film. Somewhere within that three hour travesty there’s a decent 100-minute drama, but the film itself is bogged down by too much plot and not enough action. The most irritating aspect is Nicole Kidman’s uptight, brittle Englishwoman, who is unaccustomed to the lack of civility in the outback, yet has to survive it due to her late husband’s estate. She is intolerably posh and fussy, and when she is fawning over the majesty of a kangaroo bounding alongside the car she just becomes too much to take.

I’ve said before that I can understand why Jack Torrance (Jack Nicholson) went insane during The Shining. If I was married to Shelley Duvall in this movie, I’d go nuts as well. All she does is mope and scream and drift from room to room, looking for something or being concerned and anxious. She basically has no character, yet somehow manages to make a hollow being something utterly detestable. 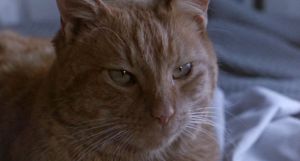 I’m not a fan of cats in general (I assure you, there are some things in life that I do like, I just can’t think of any right now), but Jones may be the most infuriating feline ever committed to film. I’ve never fully understood why the Nostromo had a ship’s cat in the first place, and this becomes a question I ask ever more when the only function the cat seems to have is jump out at inopportune moments, generally when the musical gets tense and you expect a xenomorph to leap out and gut someone. 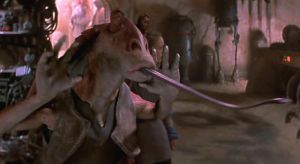 The only surprise here is that Jar Jar, the bane of the Star Wars universe (other than George Lucas) isn’t positioned higher. Well, and it pains me to say this, but when I originally say the Star Wars prequels (“before I saw the original trilogy” he says, before handing over his cinephile membership card) I didn’t actually mind the character of Jar Jar. You could even say that I liked the comic relief he provided. May I point out that I was 12 years old at the time? Not a good enough excuse? Well perhaps you’ll forgive me when I say that now I find him just as deplorable as everyone else.

…but not as much as I hate Andie MacDowell. She has the unenviable task of delivering my least favourite line in all of cinema (“Is it still raining? I hadn’t noticed” – Ick) and is, without fail, always a simpering, soppy, unimaginably wet character who should never be lusted after. How she was cast as the object of desire in this, St. Elmo’s Fire and Groundhog Day I’ll never know. I love Groundhog Day so very much, and had MacDowell been swapped out for almost any other actress then that film would probably be at least a 15 out of 10 for me, but alas with her presence it must simply sit at just a ten.

Brian, on the other hand, is a character I kind of love, but only because I hate him so much. He’s the guy who is so very proud of his “flair” (the compulsory buttons and badges he has prominently displayed on his braces), the waiter who just wants to be your friend as he serves you, but completely fails to comprehend that maybe you just want to be alone. I was tempted to put Gary Cole’s Bill Lumbergh on here, but he isn’t annoying, he’s awesome. Brian is annoying. So damn annoying.

You know how I mentioned child actors getting their own separate list earlier? Well you can guarantee that this film will get a mention on that list. As I’m ticking to adults here, the then-future Mrs. Spielberg is easily the most unbearable love interest any film has ever seen. She’s incapable of even the simplest task, cannot comprehend the lives of those less fortunate than herself, and very nearly gets Indiana Jones killed because she’s a little scared of some creepy crawlies. The fact that she doesn’t get her heart ripped out has always been an annoyance of mine. I’d have accepted a rope bridge death, or even being drowned by the elephant, but not her surviving.

This list could easily have been named the Top 10… Chris Tucker Performances list, if I could think of more than five from the top of my head (and three of those are the Rush Hour films). However, I’ve limited myself to just one of his characters, and that was an extremely easy task to narrow them down. Whilst Detective James Carter is a very annoying character, he’s nothing compared to the helium-pitched, leopard-printed, dildo-coiffed screeching cacophony that is Ruby Rhod, the eccentric television personality from Luc Besson’s Fifth Element. He’s essentially a cartoon, and whilst there are other extreme elements to the film (Gary Oldman’s haircut, the robot-like guardians, Korben Dallas’ miniscule apartment), Tucker is so very far past any of them, beyond the limits of sanity of the audible pitch of canines. Yes, he’s the most memorable aspect of the film, but not in a good way.

Did I miss anyone out? Who can’t you stand in films? Let me know in the comments.