Uh oh, I’m getting behind again. I’ve always been pretty terrible at, once I’ve watched a film from one of my various lists, actually getting around to reviewing the darn thing so I can officially cross it off, and that’s a habit I’m slipping back into. I’ve currently got 6 films, all from Paul Thomas Anderson (last weekend’s Lambcast was a PTA Director Retrospective, look out for it soon), awaiting a review, and there’s at least two that I don’t particularly want to watch again, so I need to get those thoughts written down, and soon. My aim is one-a-day for the next six days, but we’ll see. Check back tomorrow to see if I’ve reviewed Hard Eight, or if I’m still being rubbish. 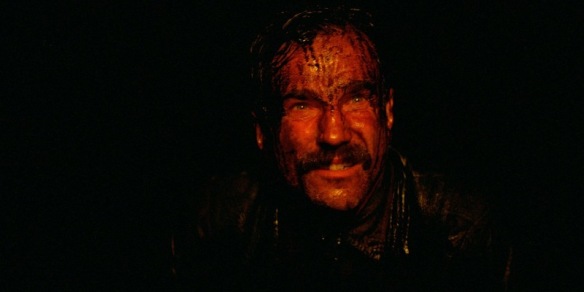 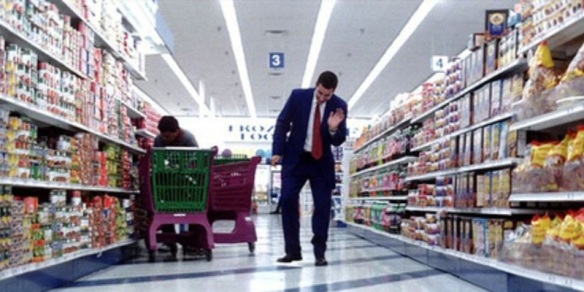 In the Armageddon vs Deep Impact battle of asteroid movies in 1998, I always fall on the side of Michael Bay, because Armageddon is so much more fun than Deep Impact. My partner, however, has recently swayed the other way, so this was on whilst I did a load of ironing last night. I don’t hate Deep Impact, it just takes itself far too seriously for the kind of disaster movie I’d rather it be. I like the inherent silliness of the classic Irwin Allen disaster movies, and this is really missing that sense of enjoyability. Yes, there’s some good performances from a now-star-laden cast (Elijah Wood! Richard Schiff! Jon Favreau!), and I’m not ashamed to admit that, when I’m paying closer attention it does make me a little emotional at times, and of course it gave us President Morgan Freeman, but I’d much rather have Steve Buscemi riding a giant nuclear warhead in space.
Lists: None
Choose Life 6/10

Series 1, Episode 4, 5, 6: Bloody hell, this show got amazing. I was liking it, but it’s become a firm favourite now. What they did with some of the regular characters for the second half of series one was amazing, and I’m looking forward to getting my teeth into Series 2 soon, maybe even this coming week. If you’ve not caught up with Luther yet, consider this a hearty recommendation.

Posts you may have missed:
Terms of Endearment
Lambcast #254: Lambpardy!: Todd Liebenow was given the chance to defend his Lambpardy title against The Vern and Elwood Jones in this game-show episode of the Lambcast. I love doing these shows, as I’m a huge fan of movie trivia, and I get to be a cheesy game show host for an hour or so. This one especially is a lot of fun, as the contestants were a little, um, unprofessional, in the manner of their answering. Recommended listening, you won’t be bored.
Trailer Breakdown: Fant4stic: I wasn’t particularly looking forward to the new Fantastic Four movie, and then they released a trailer, and absolutely nothing changed with regards to my opinion of it. See my full trailer reaction through the link.

Goals Update
Aim: Cross off all saved TiVo films
Watched: 6
To go: 55
Should be on: 6
On Track: Yes!

Aim: Review Kate Winslet’s remaining films
Reviewed: 0
To go: 3
Should be on: 0
On Track: Yes!