I’ve spent a lot of this week wondering what the heck I’m watching. Five movies I’ve seen this past week have had a distinctive “What the fuck is happening?” feel to them, and only two of them in a good way. Also, after a weekend of DIY, I am the proud owner of alcove shelving for part of my DVD collection. Hurrah! Also, I clawed back a green mark on one of my aims! Double hurrah! Here’s what I watched this week (I think):

This past week I recorded an episode of the Exploding Helicopter podcast with Will from, um, Exploding Helicopter, about a guilty pleasure movie of mine, Deep Blue Sea. It’s utterly ridiculous in almost every way, especially now I’ve sat though it with my critic’s hat on, making notes on the many, many implausible and downright silly aspects of the film, but I love it nonetheless. The podcast episode isn’t up yet – I’ll link to it when it is – but for now, why not listen to shows on it by AlcoHollywood and How Did This Get Made?. At times, this was a WTF the movie, but in a good, comfortable, I don’t really care way,
Lists: None
Choose Film 8/10

The only other good WTF movie this week was Enemy which, despite being released in America in March 2014 and premièring at Toronto International Film Festival in 2013, was only released in the UK on January 2nd this year, so as far as I’m concerned that counts towards my 2015 Movies goal. As for the film, well I kind of loved it. I’m not normally a fan of very open-ended, ambiguous movies, especially ones that offer as few definitive answers as this one, but I got really sucked in. I liked Denis Villeneuve’s last film, Prisoners, but found it a bit too long, whereas if anything Enemy could have been a little longer (only 90 minutes). This was basically a recommendation from Jess at French Toast Sunday – the massive Jake Gyllenhall fan that she is went and put this as her favourite movie from 2014 – and she and I have already had a lengthy email debate as to what we think is going on. I’m still not sure, but my favourite, yet more implausible theory is along the lines of Invasion of the Body Snatchers.
Lists: 2015 Movies
Choose Film 9/10 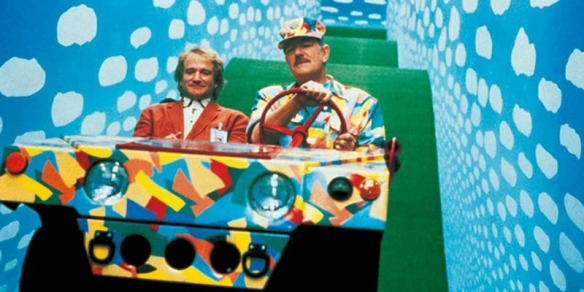 About half an hour into Enemy, my partner requested we stop watching it because it was getting a bit intense, and also a little weird. I said fine (I finished it off later that evening) and we hunted through the TiVo list instead, opting for this Barry Levinson movie instead, and finding a film even more insane and disturbing than Enemy. I genuinely have no idea what we watched (Aisha understandably bailed on this towards the end, but I regrettably stuck it out) as it all made so little sense. I have no idea why I recorded this, but I regret it. For example: Michael Gambon has a son. He is played by LL Cool J. Let that sink in for a moment. Then consider that the mother of the character played by Mr. Ladies Love Cool James apparently once went undercover as a Jane Fonda lookalike. How, ladies and gentlemen, does Michael Gambon + Jane Fonda lookalike = LL Cool J? I wish that was the only problem with this movie. Alas, that’s not the case.
Lists: TiVo Movies
Choose Life 2/10

Another WTF movie was one I had higher hopes for – Ridley Scott’s fantasy film, Legend, starring Tom Cruise as Tarzan if he’d been an elf, Mia Sara as Princess Sloane Buttercup and – the reason I watched the film – Tim Curry as basically Satan. That’s his picture up there. He’s awesome. Those are not CGI horns, he had to wear a neckbrace to film the scenes. Tim Curry does not get enough credit for being awesome in everything he does (he is part of my still-favourite cut in any movie, going from his grinning face to the Grinch’s in Home Alone 2: Lost in New York). If he weren’t in this messy, nonsensical movie (there’s two unicorns in the world, if they both die everything becomes dark, if one dies everything becomes cold, plus goblins, not-Tinkerbell and an absence of any sense of how this world fits together) there’d be no reason to watch it (although the scene where Mia Sara is corrupted by a dancing dress is pretty cool and symbolic), but seeing as he’s in it I feel like I have to rate this a Choose Film. I didn’t like the film at all, but Curry’s performance just has to be experiences.
Lists: TiVo Movies
Choose Film 5/10 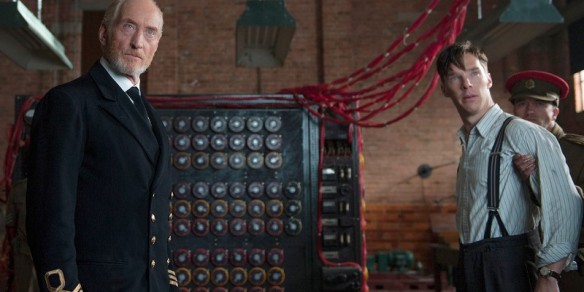 It’s a decent, solid British drama that was probably aiming to be last year’s The King’s Speech. It ticked all the right boxes – period setting, important wartime material, story that hasn’t been told well before, character with characteristics that made normal life difficult for him, brown colour palette – and was rather good, but I’m not surprised it didn’t win a great deal. I felt a lot of the truth was made more cinematic – pretty much everything involving Keira Knightley felt fabricated, or at least tweaked a little bit – but it was still thrilling nonetheless. I now see what Dylan Fields was talking about though – Knightley’s performance was fine (Cumberbatch’s was great) but she didn’t really shine as much as, say, Tilda Swinton in Snowpiercer, so Knightley’s Supporting Actress nomination feels more required than deserves.
Lists: None
Choose Film 8/10

This week’s final WTF movie was one I’d been meaning to see for a while. I’m a passing fan of Bruce Campbell – I’ve not tracked down much of his B-movie schlock, but I appreciate him when he crops up in the likes of Sam Raimi’s work, and I’ve always meant to watch Burn Notice eventually – so the idea of watching him playing himself in a movie wherein he is hired to rid a town of some kind of demon sounded interesting, and it was directed by Campbell himself no less. For the most part it was fun, but some of the ideas it was lampooning were either done too often, or were mistakes made by this film too. A lot of the acting is utterly diabolical, but I got the feeling that was part of a joke that stopped being funny a while ago. Campbell is always great fun though.
Lists: TiVo Movies
Choose Film 6/10 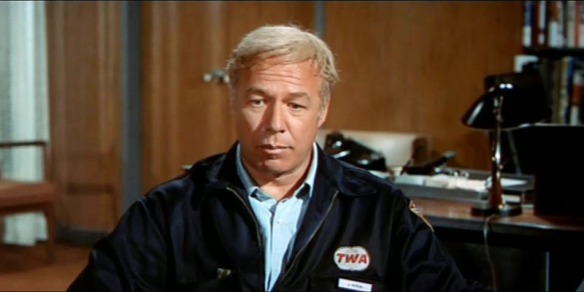 This weekend we’ll be recording a Lambcast on the Airport franchise, because somehow it won a poll against Indiana Jones, Kill Bill and Mission: Impossible. Don’t ask me how. Regardless, expect the next three Airport movies to appear on next week’s post, and for not I’ll save my thoughts for the podcast. Just rest assured that so far we’re off to a good start.
Lists: None

Posts you may have missed:
Favourite Scene Friday: Miller’s Crossing: Slippers and a Tommy Gun: My monthly post over at Robert’s site continues. This month I looked at one of my favourite scenes from an under-discussed Coen brothers’ movie, Miller’s Crossing.
FTS Word Around the Campfire: What Movie Made You Fall in Love with Film?: I meant to add this to the list last week, but it slipped my mind. Over at FTS we’re doing a new monthly feature that will help you readers get to know us a bit better. For March, we all revealed the film that made us fall in love with movies. As usual, brevity was a stranger to me (my three paragraphs vs Robert’s 2 1/2 lines?), but if you want to see why I fell in love with Alien, head over there.
Top 5 Sci-Fi Movies from the Past 5 Years: As mentioned, French Toast Sunday is celebrating its 5th birthday, so we all collaborated to create some Top 5 lists based on movies from the past 5 years. I didn’t write something for all of these, but I did vote. There’s also a couple more to come, which will be added to the list next week.
Top 5 Superhero Movies from the Past 5 Years
Top 5 Horror Movies from the Past 5 Years
Top 5 Action Movies from the Past 5 Years
USA Road Trip: O Brother, Where Art Thou?: The latest stop on my USA Road Trip also happily coincided with French Toast Sunday’s March of the Coens celebration. It’s almost as if I re-ordered it just to make it fit. Funny how life works out sometimes, isn’t it?
Lambcast #262 Roll Your Own Top 5: It’s time for another edition of Roll Your Own Top 5, in which my guests and I each do a top 5 list of our choosing, as long as it’s to do with movies. I wasn’t overly happy with anything on my list of Annoying Depictions of British People other than my number one, but everyone else’s lists were much more solid. Robert listed his Top 5 Voyeuristic Movies, Nick went through his Top 5 Films that Should Be Set in New Orleans (because apparently he’s been there), Jason celebrated his favourite horror movies from 1986, whilst Pete listed his Top 5 Cheesy Arnie One-Liners. Go listen now!