Movie-wise, this has not been a productive week. It seems every time I sat down to write up a review (at time of writing I still have 6 pending, some from a few weeks back now) another big trailer would come up, one that I’d want to cover in my Trailer Breakdown feature over at French Toast Sunday, and the problem with stuff about trailers is if you don’t do it quickly, you may as well not do it. As such, I didn’t get a whole lot of reviewing done this week, and I won’t make any promises about doing it all this week because that’s how I end up breaking promises. Anyway, trailers. There were a whole bunch of awesome ones for films I previously wasn’t looking forward to, but am now at least a little excited about the crazy directions they seem to be taking. I’ve linked to the breakdowns below. We also finished out season 4 of Game of Thrones, and will hopefully be catching up with the first two episodes of season 5 this week. Now that’s out of the way for the most part, I should be able to get back to watching more movies. Here’s what I watched this week: 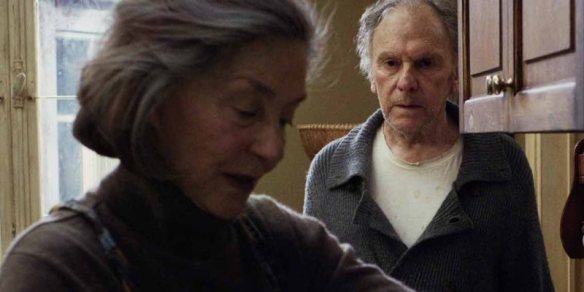 Lists: TiVo Movies. 1001 Movies You Must See Before You Die Full review here.

Nominated for me by Dan Heaton of Public Transportation Snob, I’ll be reviewing this soon. Lists: Nominated Movies, 1001 Movies You Must See Before You Die, Empire’s Top 500 Review coming soon. 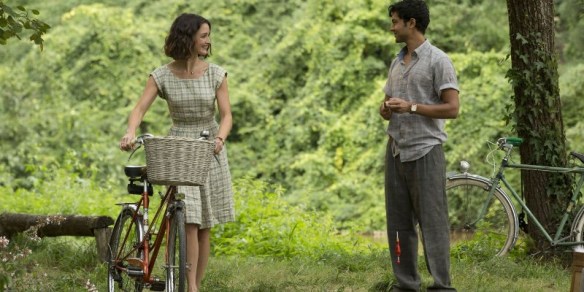 As Lasse Hallström films go, this would do well as part of a double-bill with Chocolat, in that it’s a beautifully-shot romantic movie, based around a picturesque town being introduced to new food and a new way of life, when an Indian family sets up a curry house directly opposite a Michelin-starred hoity-toity French restaurant. It’s inoffensive, unsurprising and overall just fine, but it goes on a little too long (a shade over 2 hours when 100 minutes would be perfect) and what should be the final act occurs some half an hour before the film is finished. Charlotte Le Bon is cute as a button mushroom as the oh-so-very-French girl Marguerite, and Helen Mirren and Om Puri have good rivalry chemistry, which is amusing enough. A trifle, but a filling one. Lists: None Choose Film 6/10 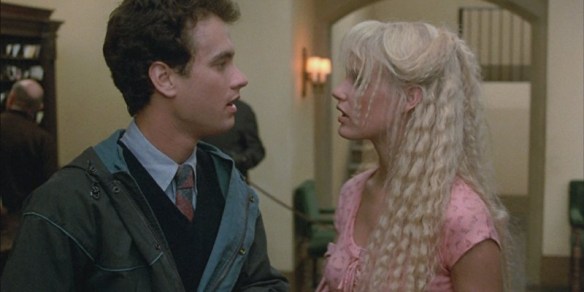 Apologies to Todd Liebenow of Forgotten Films who recommended I watch this after claiming Daryl Hannah wasn’t attractive in Wall Street, because I stand by that claim here. I’m sorry, but she has a weird face, and stupid crinkly hair. I hadn’t seen Splash before, which was a bit of a surprise because I’m a fan of Tom Hanks and like most of the early films of his that I’ve seen (especially Big, especially not The Money Pit). Splash does well in casting Eugene Levy as the villain and John Candy as the comedy sidekick, but even they aren’t enough to make this movie coherent. There’s plot holes you can pilot a submarine through, and Daryl Hannah’s presence does not improve this at all. Silly, but not even in a fun way. Lists: TiVo Movies Choose Life 6/10 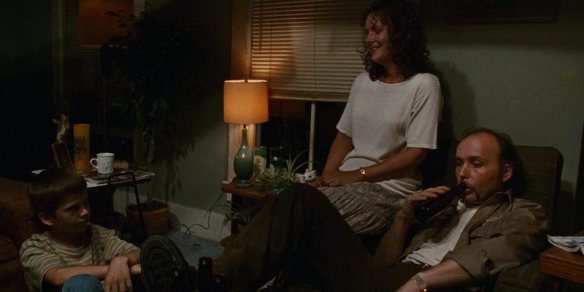 Posts you may have missed:
Night of the Hunter
Amour
FTS in the Movies: Round 15: There’s still 5 points available for this week’s Difficult image. Head over to FTS to guess what film is behind the FTS avatar heads. You have until Wednesday.
Trailer Breakdown: Ant-Man
Trailer Breakdown: Terminator Genisys
Trailer Breakdown: Star Wars: The Force Awakens
Trailer Breakdown: Batman v Superman: Dawn of Justice
Lambcast #265 Furious 7: I didn’t used to be a fan of the Fast and/or Furious movies, but now I’ve at least liked two of them. I was joined by Robert, Jess, DJ, Joel, Courtney and Clint to talk about the better-than-expected Furious 7, in all it’s ludicrous (and Ludacris) glory.