HitchcOctober isn’t going too well, is it? Almost halfway through and I’ve only written one post. For shame. Still, it’s been an eventful month so far what with the meet-up in London (which has since made every film-watching occasion a major disappointment due to the lack of pub-based discussion afterwards) and a week spent visiting Aisha’s family. I’ve used this time to watch a few new releases, but alas everything else is getting ignored. Sorry about that. The rest of the month is looking fairly uneventful though, except for the fact that I need to watch eight John Carpenter movies over the next six days in preparation for this coming weekend’s Lambcast, so I’m really starting to doubt whether I’ll meet my aim of finishing all of Hitchcock’s movies this month. Damn. Here’s what I watched this week:

The winner of October’s Movie of the Month for the LAMB proved something of a disappointment given all the other amazing films it beat out. Clearly Wes Craven’s untimely passing had something to do with the win, but I’d been hoping for more. You can hear more of my thoughts on it when this week’s podcast is released in a few days, but I didn’t think a great deal of this film. It wasn’t bad by any means, it just utterly failed to prove why people voted for it. Ving Rhames is perhaps the most memorable part.
Lists: None
Choose Life 6/10 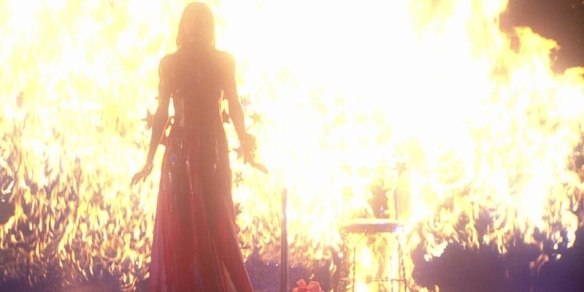 I somehow watched two films in quick succession which both feature a female-on-female knife attack scene. What are the odds?
Lists: 1001 Movies You Must See Before You Die, Empire’s 5-Star 500, Empire’s Top 500, FTS Road Trip
Full review coming soon.

As bizarre as it may seem, I don’t actually hate rom-coms, as long as they don’t scrimp too much on the com. Also, I quite like Lake Bell and I’ll watch Simon Pegg in literally anything (though I’ll be so f**king pissed off if he announces he’s signed up for part three of the Divergent series) so I had no problem sitting down to watch this one. It’s not exactly what I’d call ground-breaking, and does absolutely nothing new in the slightest, following Bell’s Nancy as she accidentally steals someone else’s blind date in the form of Pegg’s Jack. There’s the usual mistaken identity hi-jinks, with a 34-year-old crisp-munching Nancy suddenly finding herself pretending to be a 24-year-old triathlete named Jessica, and Jack has his own set of problems to deal with too, but what I really appreciated about Man Up was how realistic the relationships felt. Nancy doesn’t suffer from the usual quirky clumsiness, she’s just been single for a while because she isn’t willing to compromise herself for a relationship. Similarly Jack isn’t some perfect piece of man-candy. They both have issues, and resolve them in ways that are realistic yet slightly-heightened-for-the-sake-of-entertainment. Also Nancy’s sister (Sharon Hogan) has a believable marriage, and their parents (Ken Stott and Harriet Walter) are good fits too. Rory Kinnear is the film’s most extreme element as a near-psychopathic ex, but he adds the majority of the “com” I was looking for earlier. This is far from essential viewing, but if you enjoy romantic comedies you could do a lot worse.
Lists: 2015 Movies
Choose Life 7/10

I loved Andy Weir’s novel when I read it earlier this year, and have been looking forward to Ridley Scott’s film ever since, and I can safely say it’s one of my favourite films of this year so far. I love ensemble movies, survival stories and space in general, plus being an engineer when I get to see someone “Science the shit” out of things it makes me feel warm all over, so this was always going to be a winner with me. Matt Damon brings his usual everyman charm to the solitary astronaut stranded on the red planet when his crew is forced to evacuate and believes him dead but, faced with the prospect of at least four years alone on an inhospitable planet until rescue has any chance of arriving, it’s a gripping story watching him eke out an existence where no-one has stepped before. The rest of the cast is phenomenal, and all perfectly fitting for every role from Damon’s crewmates (including Michael Pena, Jessica Chastain and Kate Mara) to the NASA big-wigs handling the press (Jeff Daniels, Kristen Wiig, Sean Bean) and the scientists trying their hardest to save him (Chiwetel Ejiofor, Benedict Wong, Donald Glover) no-one puts a foot wrong. Truth be told there were a couple of elements from the book that I was looking forward to seeing on screen but which were jettisoned in favour of a slimmer running time (which is already pushing two and a half hours, but which flies by) so I can understand why they were removed. It’s going to be a great end to the year if this doesn’t end up in my Top 5 come January.
Lists: 2015 Movies
Choose Film 9/10

Immediately after watching The Martian I double-billed it with Sicario, the latest from Denis Villeneuve, who previously directed Prisoners and Enemy, both of which I liked a great deal (Enemy is fantastic), so I had high hopes for this. I left the cinema impressed but a little disappointed, but for reasons I couldn’t quite put my finger on. Perhaps it was the way the film always tried to prevent the audience from knowing exactly what was going on, as was the case towards Emily Blunt’s character, who is thrown into a situation involving Josh Brolin, Benicio del Toro and a drug operation between the USA and Mexico. However, since the viewing it’s had time to settle in my mind and I think overall it was a positive experience. There’s a few scenes that are fantastic, namely one in a traffic jam and another late in the day at a dinner table, either of which are worth the ticket price alone. Similarly all three leads are terrific. Brolin especially is an actor who often doesn’t impress me, but here he’s clearly having a lot of fun providing a contrast to the situations he is acting in and how seriously Blunt’s Kate is taking things. And del Toro is wonderful in everything, so when he’s part of a three-hander like this I’m always happy. There’s a good chance that come the end of the year I’ll think even higher of this than I do now, and I get the feeling a re-watch will definitely be in order for the new year.
Lists: 2015 Movies
Choose Film 8/10

Going from Sicario to this almost gave me whiplash. Big Game is terrible. Samuel L. Jackson plays the president of the United States, whose plane is shot down over Finland and he must utilise the help of a thirteen-year-old boy on a hunt for his burgeoning manhood to help save him from Ray Stevenson’s evil bodyguard, whilst Jim Broadbent, Ted Levine, Felicity Huffman and Victor Garber talk about it in a bunker somewhere. It’s clear from the clunky exposition that writer/director Jalmari Helander doesn’t speak English as his first language (though I’m happy to admit his English is far better than my Finnish). The motivation behind the plot is never really explained, characters double cross one another for similarly mysterious motives and a film that could have been like First Blood meets Midnight Run ended up being really rather dull.
Lists: 2015 Movies
Choose Life 3/10

The first part of my John Carpenter quest for an upcoming Lambcast, I’d forgotten how much I enjoyed this film first time around (original very short review here). You can tell most of the people involved are still trying to work out how to do whatever it is they’re doing, but as soon as the beachball-with-feet alien arrives on screen you cannot wipe the giant grin off my face. It’s so unashamedly goofy that I can’t help but love it.
Lists: TiVo Movies (Already crossed off Empire’s 5-Star 500)
Choose Film 7/10

Posts you may have missed:
Lambcast #290 Lambs in London: I think I’ve mentioned that I met a bunch of bloggers last weekend in London. Oh I haven’t? Well I did, it was so much damn fun and will probably end up being the highlight of my year, which just makes me depressed for the next three months. Anyway, we recorded a little something during the meet-up, which you can listen to here.
FTS podcast #252 B-Squad Takeover: Whilst regular host Lindsay and co-hosts Jess and Rob were off gallivanting around Europe, Lindsay asked if I’d mind hosting a show in her stead. Given how much I love chatting about films I was only too happy to oblige, and used the opportunity to point the show in directions she rarely makes use of, namely to discuss kids’ films. The rest of the B-Squad and I talked about our favourite animated movies that weren’t made by Disney or Pixar, and we had a heck of a good time doing it. Apparently the show caused Lindsay to burst out laughing during a packed airplane flight, so as far as I’m concerned mission: accomplished.
Ranking Danny Ocean’s Crew: It was a little late for FTS’ Steven Septembergh celebrations (I am just terrible at sticking to deadlines at the moment) but I love the Oceans trilogy, so wanted to write a little piece ranking the members of Danny Ocean’s heist team in order of how much I enjoy them. I’ve still got a review of Traffic that I’m working on too, but that’s officially too late to be a part of the month.
Dial M for Murder

Aim: Review Kate Winslet’s remaining films
Reviewed: 3
To go: 0
Should be on: 2
On Track: COMPLETED!

Aim: Finish French Toast Sunday Road Trip series
Reviewed: 8
To go: 8
Should be on: 10
On Track: No!