I listen to a lot of podcasts. A lot. I’d estimate I spend about 7 hour of each working day listening to them, with an additional hour or so in the morning and evening before work, walking the dog and such, so I get in a lot of listening. I’m subscribed to maybe 30 or 40 shows, most of which are film-related and most of which I try to listen to every episode of, postponing the occasional few until I’ve seen the specific films in question, but there was one show, one that’s not film-related, which I’d heard a great deal about last year but never got around to listening to until this past week, and that show is Serial.

If you’re unfamiliar, the first season of Serial, released last year in 2014, was a twelve-part show documenting the re-investigation of a reporter, Sarah Koenig, looking into a murder trial from 1999 in Baltimore, Maryland. A man, Adnan Syed who in 1999 was _ years old, was convicted of the murder of his ex-girlfriend Hae Min Lee, but always denied the charge. Koenig was contacted by Syed’s family. who fifteen years later were still adamant of his innocence, and after a little digging Koenig found some interesting inconsistencies within the evidence of his case, prompting her to re-evaluate every morsel of information from the case. I downloaded the show when it gained popularity, but knew its serious content deserved my full attention. Last Friday I found myself at work trudging through a fairly monotonous task, so I decided now was finally Serial’s time. I marathoned six shows that day, and the latter six earlier today. Clearly, from the off I was hooked.

The case was fascinating, and it was truly interesting just listening to how the proceedings took place, how the evidence was gathered and the cases built. Too often I assume the depictions shown in films and TV are overly dramatised, and for the most part they are, but listening to this true life documentation I got a far greater insight into how these kinds of cases are really handled. I’d hoped for a more satisfying conclusion, but it was still a highly informative and gripping listen, and I’m very much looking forward to the next series, whenever that may come. Now, onto what I watched this week:

I’ve spent much of this week sat at a desk assembling origami flowers (don’t ask) so I’ve needed some background films to keep me engaged. One such option was Cooties, a film I didn’t hear a great deal about upon release, but which sounded intriguing. It sees a zombie-type outbreak occur in a school when a child eats an infected chicken nugget (which looked absolutely nauseating), but the virus only affects people who haven’t undergone puberty, so the film sees a handful of surviving teachers and a pupil or two being held under siege by a hoard of braying, flesh-hungry ravenous children. It’s by no means a great film, but it was enjoyable within the same vein that I liked Cockneys vs Zombies a few years ago. Some of the comedy failed to land – Rainn Wilson plays a gym teacher unable to say the phrase “Dual rear wheel,” and I got the feeling Leigh Whannell (otherwise known as the guy from Saw who isn’t Cary Elwes), who co-wrote the script, tried to give himself the more interesting supporting character, a never-quite-hilariously-enough guy who doesn’t know how to behave in social situations. Many of his attempts at comedy fell flat, but at least he tried. Overall this isn’t a recommendation, as I can see most people disliking it, but I had fun.
Lists: 2015 Movies
Choose Life 6/10

The Interview is remembered more for its involvement within the Sony hacking ordeal last year, and rightfully so. This story of a selfish, crass talk show host being granted the opportunity to interview North Korean despot Kim Jong-un, but is instead tasked with assassinating him had a very interesting premise fraught with potential, but bungled it into something that barely raised a smile. It doesn’t help that I rarely find James Franco funny and have grown tired of Seth Rogen’s persona, but I felt this film wasn’t biting enough as a satire, nor just plain funny enough as an out-and-out comedy. The biggest plus was Randall Park, who imbued Jong-un with a very unlikely likeability, making a monstrous being at times bizarrely endearing. This is a film that could have been a great deal better with an entertainingly eccentric supporting cast, but sadly The Interview barely has one. Lizzy Caplan is good but underused, and Diana Bang was a welcome surprise, but where were the oddball side characters? Where were the jokes? Was the use of Katy Perry’s music supposed to be funny? Because it was just as annoying as listening to it in real life.
Lists: 2015 Movies
Choose Life 4/10 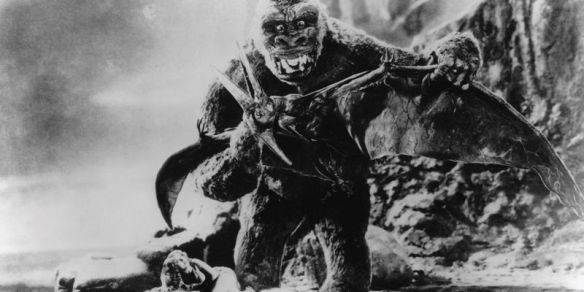 Nominated for me to watch by David Brook from Blueprint: Review. He and I also discussed this, along with the next two films, on this past weekend’s Lambcast episode, the King Kong Ding Dong.
Lists: Nominated Movies, 1001 Movies You Must See Before You Die, Empire’s 5-Star 500, Empire’s Top 500, Empire’s Top 301
Full review coming soon. 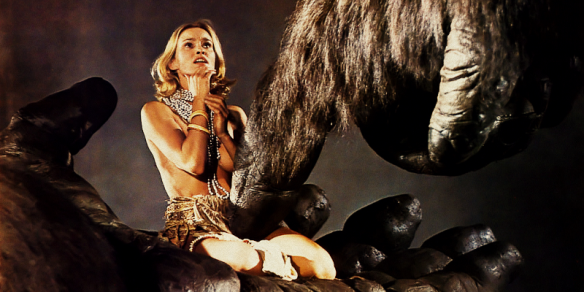 Ah, the 70s, the age of films like this. On the podcast we recorded on this yesterday one of my guests put it most succinctly when he described it as being “sleazy,” especially with regard to every scene involving Jessica Lange as aspiring actress and infuriatingly named Dwan. It’s the kind of film where she shows up unconscious in a cocktail dress, later there’s an utterly gratuitous scene where she emerged from the shower, with lashings of side-boob on display throughout, and another scene with Kong (who here was created using a giant mechanical robot gorilla, which wasn’t as bad as I’d expected) showering, bathing, literally blow-drying and undressing Dwan whilst leering and gurning maniacally due to the ape face lacking subtleties of expression. Charles Grodin and Jeff Bridges are welcome co-leads, with Grodin as an oil-man sinking his entire financial worth into an expedition to a potential oil site on Skull Island and Bridges as the man attempting to warn him away, but overall this film feels like a mis-led attempt to purposefully alter a story that didn’t need telling differently. Also, there’s no dinosaurs. None. As if that would be an improvement? Other than Kong the only monstrous being is a giant snake for him to fight, with far too much of the run-time instead being taken up with the will-they-won’t-they-do-we-even-care-if-they romance between Bridges and Lange.
Lists: None
Choose Life 5/10 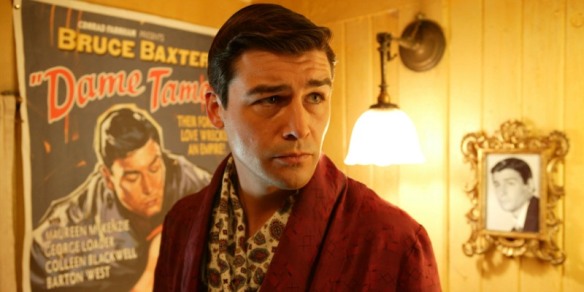 Still by far my favourite of the Kong movies, mainly because of how many times I’ve seen it (I’m now up to eight, meaning throughout my life I’ve spent more than a whole day watching this film) and how familiar I am with everything going on. The more I watch it the more problems I find – I’m planning a post about this over at French Toast Sunday – but the more I find to enjoy as well. There’s a thirty minute segment in the middle that’s just phenomenal in terms of action, with Kong taking on T-Rex-like dinosaurs whilst surviving humans take on swarms of giant bugs and mega-scorpions. I could watch that sequence alone every day and not get bored for a long time (I’ve often just watched that segment alone many times). Yes it’s long, yes Jack Black is horribly mis-cast, yes there are supporting characters who are entirely unnecessary to everything going on, but there’s also ground-breaking  special effects, an awards-worthy relationship built between Naomi Watts’ Ann and Andy Serkis’ Kong, and damn do I love everything Kyle Chandler does here as egotistical, self-entitled preening actor Bruce Baxter.
Lists: None (Already crossed off Empire’s 5-Star 500, Empire’s Top 500 & Total Film’s Top 100)
Choose Film 9/10 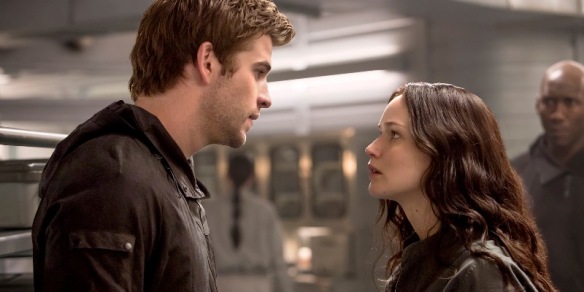 We’re off to see the thankfully final part in this saga tomorrow, so it seemed right to re-watch this part one of the unnecessarily split film, mainly because frankly I couldn’t remember any of it. Turns out that’s because there isn’t a great deal to remember. I can’t say I’m a particular fan of this franchise, and frankly I’m looking forward to it being over. There’s so much to these films that bothers me that I’ll save it for a wrap-up in next week’s post, but by now I imagine if you like these films there’s not much I can say to dissuade you, and if you don’t you’ve probably learned, like I’m trying to, that these films just aren’t for you. I’ve heard better things about Part 2 – because, y’know, shit occurs in it – so here’s hoping tomorrow night leaves me happier than tonight.
Lists: None
Choose Life 5/10

Posts you may have missed:
Sans Soleil
Nashville

Aim: Review Kate Winslet’s remaining films
Reviewed: 3
To go: 0
Should be on: 3
On Track: COMPLETED!

Aim: Finish French Toast Sunday Road Trip series
Reviewed: 12
To go: 4
Should be on: 13
On Track: No!