Nothing much to report this week. Work has been busy, time has been limited, and few films have been watched, although I have been working my way through seasons 4 and 5 of The Walking Dead, which remains interesting enough for me to keep watching it, but not quite enough for me to blitz through the rest of the available episodes. Here are the films I saw this past week:

I’m still catching up on all the Best Picture nominees (just Room and overall winner Spotlight to go), and this week saw me crossing off Brooklyn. Given how low-key it all is, I’m really quite surprised it got a Best Picture nomination, regardless of how charming it is. Adapted by Nick Hornby, this sees Eilis [pronounced Ay-lish] (Saoirse Ronan) living with her mother and sister in 1950s Ireland. Sick of her humdrum existence she, with the help of family friend Father Flood (Jim Broadbent), emigrates to America, settling down in a boarding house in Brooklyn, run by Julie Walters. There Eilis makes a life for herself and falls for Italian-American Tony (Emory Cohen), but things become problematic when she has to return home. It’s a very nice, largely safe and unsurprising film, but it’s also pretty damn delightful. Broadbent and Walters don’t overstretch themselves offering comedic and friendly support, and Ronan is decent in the lead role, but she doesn’t exactly burn into your memory. I feel she was nominated for Best Actress purely due to the lack of other lead female roles, and if the exact same performance were given by a man in a gender-swapped version they wouldn’t get a look-in, but that’s besides the point, she’s fine and I’ve got no complaints. The era is well realised, and the even smaller supporting characters – the other boarders, the Irish locals, Tony’s family, Eilis’ manager – are also all great. No-one is bad and no-one puts a foot wrong across the board, it’s just a lovely little film to watch, and I feel that should be rewarded. And my girlfriend, who is slightly more the target audience for this than me, loved it even more than I did.
Lists: 2015 Movies
Choose Film 8/10 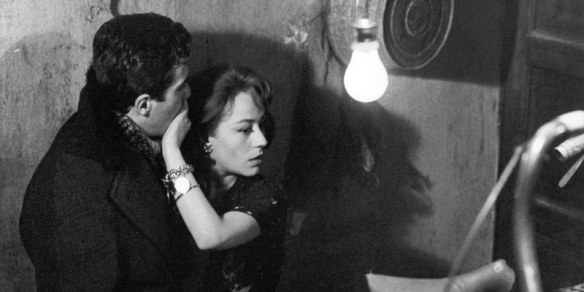 Watched and reviewed for Blueprint: Review. Word of advice to anyone: if you agree to watch and review a long, subtitled film, it might be best to do so a little earlier than a few hours before the deadline.
Lists: 1001 Movies You Must See Before You Die, Empire’s 5-Star 500, Empire Top 500
Full review here.

Posts you may have missed:
Rocco and His Brothers
Lambcast #312: Robin Hood Remakeapalooza: I was joined by Heather Baxendale, Kristen Lopez, Todd Liebenow and Mario Brown to look at three adaptations of Robin Hood – The Adventures of Robin Hood (1938), Robin Hood: Prince of Thieves (1991) and Robin Hood (2010). Not all of them are worth watching.

Aim: Review 2 “Film-Makers” movies each month
Reviewed: 4
Should be on: 6
On Track: No!