Two days ago, singer Cléo (Corinne Marchand) underwent some tests to determine if she has stomach cancer, and how bad it is. She is scheduled to visit the hospital at 7pm, in two hours time, so whiles away the inbetween hours wandering the streets, first having her fortune told before going to a cafe with her maid (Dominique Davray), having a meeting with two musical collaborators (Serge Korber and Michel Legrand) spending time with a friend (Dorothée Blanck) before meeting a soldier (Antoine Bourseiller) in the park and eventually making her way to the hospital to receive her results. 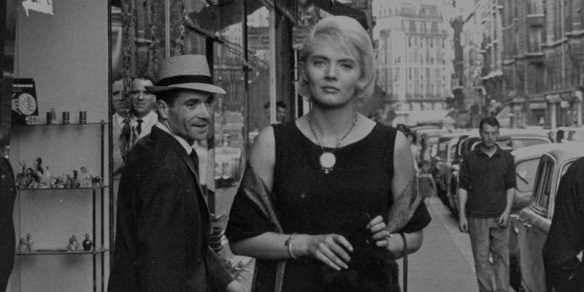 If you know anything about my tastes and which critically acclaimed films I don’t get on well with, there’ll be no surprise to learn that this was not a film I enjoyed. It’s French New Wave, whose self-obsessed navel-gazing provides the first strike against the film. There’s not a hugely involving plot or strong narrative, so there’s strike two. And thirdly, and perhaps most damningly, this seems to be a pretty strong contender for the biggest inspiration for Richard Linklater’s Before Sunrise and Before Sunset, both of which I really, really dislike and cannot comprehend how they are so widely adored. Needless to say, Cléo from 5 to 7 will be received a “Choose Life” sticker come the close of this review. 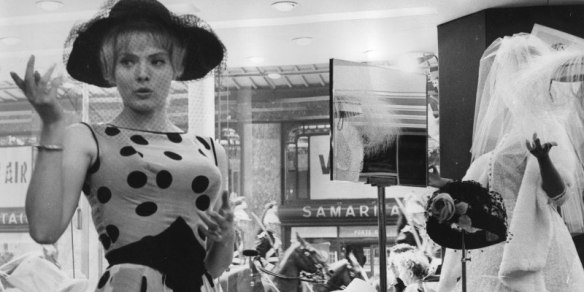 Why do I feel this influenced the Before films? Mainly because they see an unlikeable character (she is beautiful but absolutely knows it, relishes in being leered at, and all her friends and acquaintances tell her how spoiled she is) wandering around in almost real time, talking about deep matters in a way that eventually means nothing. It’s a listless meander through the mind of someone I want to spend no time with. Granted, I appreciate the impending results as a plot device, a climax to build up to and something to work towards, and a reason for why Cléo feels the way she does, but it’s still unbearable slow and dull. As with Before Sunset, I am astounded at how long around 80 minutes can feel like when there is so little to draw your attention. 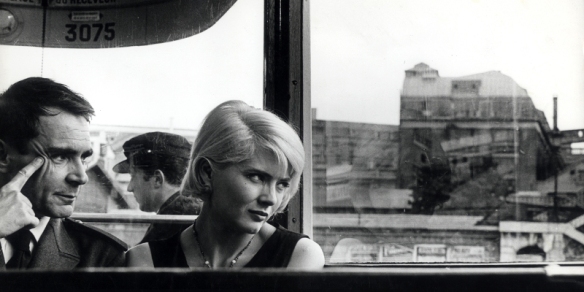 The story does explore elements outside of Cléo’s predicament – there’s the aftermath of a shooting (a scene in which all I could do was stare at an adorable puppy in the background licking the air), and discussions on war, particularly with the soldier near the end, who is on his last day of 3 weeks leave from Algeria, during which time he has done nothing because there wasn’t enough time to do anything – but I didn’t find any of this particularly interesting either. 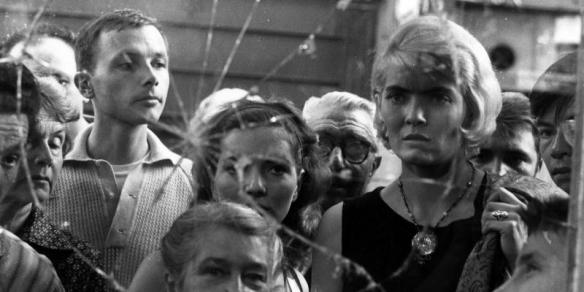 The momentary bright spot came when Cléo and her friend Dorothée visit Dorothée’s lover, a cinema projectionist, and we all get to watch a short comedy about a man whose sunglasses make the world go dark in terms of tone as well as light. That was fun, but seemed very odd and not in keeping with the rest of the film (which as far as I’m concerned was a blessing). The cinematography was also occasionally interesting with some long shots and nicely framed imagery, but all too often everything would become more artfully framed – keeping the subject barely on screen or in a position that made it difficult to focus on them. Presumably this is all for some sort of effect, but in reality it felt like more of a ploy to change the visuals up to prevent me from falling asleep, a feat it only barely accomplished. 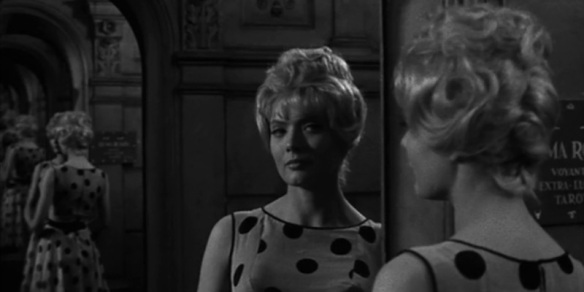 I didn’t care for this film, and after a while I began to resent its existence and, more so, its inclusion upon the 1001 List, wasting the time I could be spent doing literally anything else. At least I’ve crossed it off now.