So the world got overrun with Pokemon this week. I haven’t played Pokemon Go, nor do I intend to. I played Pokemon when I was a kid, enjoyed it, traded the cards for a while, even saw the first movie in the cinema (as part of a friend’s birthday, but I was into it and watched the TV show too) but I bailed after I think Silver/Gold on the GameBoy Colour. I am however interested in the game and think it’s a novel and intriguing turn of events for the world of gaming and technology in general, and anything that encourages kids to get outside and exercise, potentially socialising with other like-minded individuals surely must be a good thing. A friend of mine has found it’s a great and so far effective way to spend quality outdoor time with his son. They’ll go for walks together in the evening, chatting as they catch pidgeys with one another. That’s great. Less so is the hordes of people tripping over one another to nab an elusive squirtle but hey, whatever makes them happy. And truth be told if I had more time and a phone that was currently capable of accessing the internet (my old phone just went and gave up on all online stuff, even Wifi, and my new phone doesn’t get activated for another 2 weeks) then there’s a chance I’d be all over this too. I think for a lot of people this’ll be a fad they’ll become tired after a few months, like a tamagotchi or gym membership, and for others it’s going to become a way of life. And to those people I say all power to you. Just please stop talking about it on Facebook. Here’s what I watched this week:

I actually watched this the week before last, but it made such little impression on me that I forgot to talk about it last week. Jesse Eisenberg plays a small-town stoner who is secretly a government trained super-operative but doesn’t know it himself, and becomes activated when it is decided he should be wiped out. So it’s basically Pineapple Express meets the Bourne Identity, but with a premise and tone that you’d think would be as comedic as the former, but has just as many laughs as the latter. This is a disconcertingly serious film with minimal humour or even attempts at it, and in fact very little memorable moments at all. There’s a fun bit with a frying pan, a pretty cool action-filled tracking shot in a supermarket and Walton Goggins is entertaining as a fellow operative charged with Eisenberg’s demise, but this doesn’t go far enough in any direction and is ultimately a lot blander and duller than it could have been.
Lists: 2015 Movies
Choose Life 4/10

I had the opportunity this week to watch some films that I assumed didn’t necessarily require my full attention, so I used this as a chance to watch some of the films I’d deemed unworthy of seeing at the cinema in the past couple of years but which I was at least slightly interested in seeing and, more importantly, were available to stream. First up: Ted 2. I like the first one well enough, despite at the time never having seen Flash Gordon, but the sequel’s lacklustre reviews put me off seeing it until now. It worked out better than I’d expected, and was actually pretty funny in places. Patrick Warburton dressed as The Tick is hilarious, and of course the scene riffing on Jurassic Park had me audibly guffawing. It took a couple of turns slightly more serious than I’d imagined – the plot revolves around whether Ted, a toy bear granted sentience by a boy’s wish, now grown up to be a foul-mouthed, pot-smoking supermarket cashier, can be legally classed as a person and therefore get married and adopt a child – and far more takes place in a courthouse than you’d expect from a comedy, but for the most part it worked, and there are some nice, entertaining cameos along the way too.
Lists: 2015 Movies
Choose Film 6/10

As with Ted 2, I liked the first Horrible Bosses, but the critical reaction to the sequel drove me away. And also like Ted 2, this turned out better than I’d expected, but not quite as good as the film discussed above. The three returning heroes – sensible, frustrated Jason Bateman, crazy, naive Charlie Day and foolish, excitable Jason Sudeikis – have now all quit their jobs and gone into business for themselves, but make the mistake of trusting ruthless businessmen Christoph Waltz and his son, Chris Pine. When they get screwed over, the obvious course of action is to kidnap Pine but, predictably, nothing goes to plan. The plot is entirely predictable and the cameos feel a bit more forced this time, but there’s no denying the chemistry of these three leads together. Sudeikis in particular is becoming a guy I’ll happily watch in pretty much anything, with the possible exception of Mother’s Day.
Lists: None
Choose Life 5/10

Watched for this month’s Movie of the Month over at the LAMB.
Lists: 1001 Movies You Must See Before You Die, Steve McQueen Movies
Full review here. 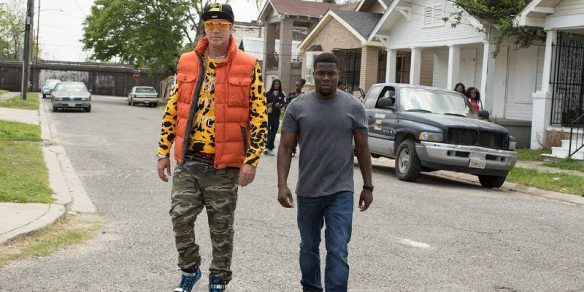 Will Ferrell plays a wealthy businessman framed by his boss for embezzling, and is sentenced to time in a maximum security prison. Terrified for his safety, he recruits Kevin Hart to toughen him up for life inside, assuming Hart has done time because he is black, when in fact he’s just pretending. It’s light on laughs, especially ones not put in the trailer, and pitches for far more social class-based commentary than a Will Ferrell/Kevin Hart comedy has any right to, but I can now say that I’ve seen a Kevin Hart movie, and that it’s unlikely I’ll see many more.
Lists: 2015 Movies
Choose Life 4/10

Denzel Washington is a bad-ass who enacts painful, bloody justice on those he deems deserving. He often does this in the rain, and wearing a brooding expression. By day he works in a DIY store, is friends with everyone, trains his overweight friend to pass the security guard tests, and attempts to keep a young hooker on the straight and narrow with some fatherly advice at his local diner. Washington is awesome in a film that’s otherwise relatively by the numbers. Yes it’s a role he can play in his sleep, the charming, amiable everyman who can turn dangerous at the flip of a switch, but he does it so well that I can’t complain. Apparently there’s a sequel in the works, so I look forward to catching that on streaming in a few years time.
Lists: None
Choose Film 6/10

Oh boy. I feel this deserves a full post to itself, but I really don’t have the time or the inclination. Let’s just say that Paul Feig isn’t my favourite director, and the flaws he made with his previous films are all over this too. Scenes run too long, the lead characters come off bland and relationships are resolved in entirely unearned ways, but the supporting cast is fun if often under-used. I’ve no problem with this being an all-female version of Ghostbusters, the 1984 version of which is a dyed-in-the-wool classic, I’m more annoyed at just how much homage is paid to the predessor in favour of this film making a mark on the world all it’s own. There are cameos from those earlier films, most of which worked well, although one that appears twice felt overly long, and one in the closing credits felt awkwardly crowbarred in and completely unnecessary – perhaps it could have been saved for the sequel? There are also references within the script – sometimes painfully blunt – and there’s a literal giant Stay Puft balloon at one point smothering the cast. Kate McKinnon is easily the stand-out from the four leads, but even she comes across as just too much at times, taking a character who could have become iconic and making her unbelievable and ridiculous. Chris Hemsworth is decent as the dumb lunk receptionist, and supporting roles from the likes of Andy Garcia, Matt Walsh, Michael K. Williams, Charles Dance, Zach Woods and Cecily Strong are good, they’re just not around for long enough. As for the other leads, I’ve still yet to find Melissa McCarthy funny, although she came close during a possessed segment here, and Feig has a knack for taking Kristen Wiig, someone who seems naturally hilarious in pretty much everyone else’s hands, and make her really quite dull. Leslie Jones falls into the McCarthy category – I just don’t find her style of comedy funny, but clearly I’m in the minority there. Overall it’s fine, it just feels like a fairly generic modern over-processed Hollywood comedy that lacks a great deal that made the original great. In 32 years time I highly doubt many people will look back on this with much of an impression having been made in their memory.
Lists: 2016 Movies
Choose Life 5/10

One of my most anticipated films of the year, I should be reviewing this soon. Spoiler aloert: I was disappointed.
Lists: 2016 Movies, Coen Brothers Movies
Full review coming soon.

Posts you may have missed:
Lambcast #3: I was joined by

Aim: Review 1 “Blind Spot” movie each month
Reviewed: 6
Should be on: 7
On Track:No!