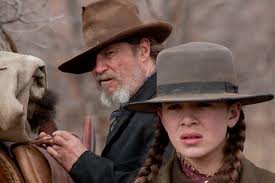 I’m a massive Coen brothers fan. I’ve got all their films, a couple of posters, and eagerly await any and all of their new releases, as in a perfect world all films would be directed by the Coens. After the release of Burn After Reading on DVD I even completed a 23 hour marathon of all their films in a single day, and man that was a good day.

True Grit lived up to my high expectations. Jeff Bridges, one of the greatest leading character actors of our time, has been added to the list of my favourite screen drunks (alongside Dudley Moore in Arthur, Nicolas Cage in Leaving Las Vegas and Val Kilmer in Tombstone), and newcomer Hailee Steinfeld also impresses, although not necessarily enough to warrant her Best Supporting Actress Oscar nomination (itself a slap in the face, being the film’s lead over the Best Actor nominated Bridges). She may be considered the next Scarlett Johansson, after her early career-making turn in the Coens’ the Man Who Wasn’t There. Oh yeah, add Billy Bob Thornton to the screen drunks for Bad Santa, can’t believe I forgot that. 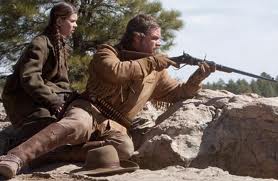 Anyway, Matt Damon is solid as LaBoeuf, the Texas Ranger assisting the duo’s quest to find the man who killed Steinfeld’s father, as do Barry Pepper and Josh Brolin as the baddies on the run. The supporting cast is also filled with kinda funny lookin’ eccentrics, as per usual with the Coens, especially the lawyer near the start, with his alarmingly acrobatic top lip. The tabletop chat with a John Goodman and Steve Buscemi near-lookalikes also made me smile, bringing memories of the Big Lebowski‘s bowling team, especially with ‘Goodman’ insisting that ‘Buscemi’ doesn’t talk, a la “Shut the fuck up, Donny”.