Skip to primary content
This was going to be Top 5… Drug Trips, but some of the moments I wanted to use weren’t full-on immersive excursions, but simply something drugs caused the inbiber to see, so hallucinations technically covers both groups. Plus, having never taken such a trip myself, I felt I could identify more with seeing things than being wacked out of one’s gourd.

5. Jay and Silent Bob Strike Back
After some decidedly non-prescription ‘Dooby Snacks,’ the hitch-hiking ultimate slacker duo Jay and Silent Bob are picked up by a van that bears a striking resemblance to a certain cartoon, driven by some recognisable characters. But instead of solving a crime, it seems the passengers are more intent on taking our heroes to a hotel and stealing their kidneys. For more mental, look for the DVD deleted scene, featuring Scooby’s ‘lipstick.’ Actually, don’t, it was cut for a reason. 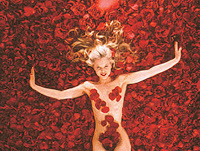 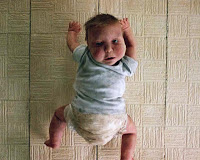 3. Trainspotting
Easily the most disturbing on the list is the freakish spider-baby, as seen by Ewan McGregor’s Renton during his cold turkey stint locked in his bedroom. The thing of nightmares, the image of the baby crawling on the ceiling, it’s head slowly turning to stare as Renton will stay with you probably forever.

2. Bad Lieutenant: Port of Call
Plenty to choose from in Werner Herzog’s inspired fever dream of a police procedural, but the sporadic iguanas are just nudged out by the breakdancing soul of a recently deceased crim, who needs to be shot a second time to allow his spirit to quit with the body-popping and move on to the next world.
1. The Big Lebowski 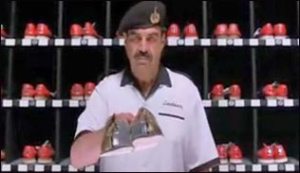 Probably more of a dream sequence than a trip or hallucination, technically the Dude’s porno-inspired bowling alley romp Gutterballs is brought on by a Mickey in his White Russian. Lasting three and a half minutes, the scene even has it’s own title cards and credits, as The Dude claims his bowling shoes from Saddam Hussein, dances with Julianne Moore’s bowling-ball-boobed Maude and ends up being chased by nihilists wearing red spandex bodysuits, brandishing giant pairs of scissors, and Jeff Bridges displays some of the funniest expressions in history, all to the tune of Kenny Rogers’ Just Dropped In (to see what condition my condition was in).
Honourable mentions
Batman Begins‘ nightmarish Scarecrow visions
Fear and Loathing in Las Vegas – pretty much the entire film
Tenacious D and The Pick of Destiny‘s Sasquatch
Dumbo‘s alcohol-binge Heffalump trauma
…and the worst:
Bobby

Cooper and Jimmy (Shia LaBeouf and Brian Geraghty) take LSD with Ashton Kutcher’s dealer Fisher in thr 60s. Nothing about this statement is compelling. Kutcher is terrible (as usual)  and the results of the trip – throwing things from windows, swapping glasses, blurred vision, Kutcher arguing with an orange, LaBeouf squatting naked in a cat littler tray – are uncomfortable to watch and nowhere near as funny as they should be.