Skip to primary content
This weekend is my parents’ joint retirement party (it’s a barbecue, so please could everybody hope for at least dry weather), so this week I’m taking a look at those makers of films that have decided not to make them any more, and which ones should come back and improve modern films.
5. Peter O’Toole

Even though O’Toole only announced his retirement three days ago, and he turns 80 in a month’s time, I’m still including him on this list purely because I couldn’t think of a fifth film-maker I’d like to come out of retirement. Yes, there are many who I would have liked to have come out of retirement some time ago, but to demand they do so now would be cruel in some states (85-year old Sidney Poitier) and downright impossible in others (Peter Falk). So I’m sorry Pete, but if you fancy having another pop at this acting lark, you’re more than welcome. O’Toole is of course most famous for playing T. E. Lawrence in Lawrence of Arabia and Prometheus, but I know him better as the soon departed king in Stardust, King Priam in Troy and as the creaking critic Anton Ego in Ratatouille. He does have the perfect voice for playing Disney bad guys or strict authoritarian elders, and vocal work can’t be that taxing, so I feel the door should be left open, just in case he fancies another Pixar cameo. 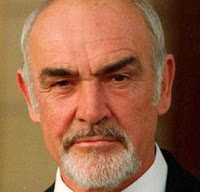 Speaking of doing voice work, that’s all Sean Connery has done in the acting world since he officially retired after the notoriously difficult shoot of The League of Extraordinary Gentlemen. It’s been a while since I’ve seen the film and, whilst it’s far from perfect, I don’t have as big a problem with it as most people, but I respect Connery’s decision. It would have been nice for him to pop up in Indiana Jones and the Kingdom of the Crystal Skull (a review will be up shortly, watch this space) and I think there’s potential for him to fulfil the mentor role, or maybe even a decent bad guy. I can’t remember Connery ever properly hamming it up in full-on pantomime villain mode, and I think he could do it quite well. And surely there was a role for him in Brave?
3. George Lucas

Another recent retiree, Lucas decided to retreat from Hollywood film-making in January of this year, probably because of the continual tide of backlash he unfairly received from tinkering with his Star Wars films. I’ve never had a problem with his ‘updated’ versions, as after all they’re his films, and he can do with them what he wants. It’s not like he’s retracted every copy already sold. Granted, it’d probably have been better if he’d left the originals intact somewhere for people to buy if they wanted, but there we go. Lucas isn’t necessarily a terrible film-maker, and I feel that he has something to give to the mainstream, be it in terms of a writer or producer, and hopefully this will be clear from the ‘hobby movies’ he intends to create from his garage on Skywalker Ranch.
2. Gene Hackman 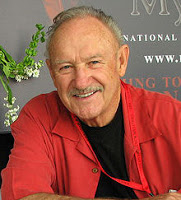 Hackman announced his retirement before the release of his last feature, Welcome to Mooseport (I didn’t see it either). The man is nothing short of a legend, and has portrayed some of the greatest characters, with some of the greatest acting, in history. Be it Popeye Doyle, Royal Tenenbaum, Little Bill Daggett or even General Mandible, he makes every film he’s in so much better. Hell I didn’t even mind Heartbreakers, purely because Hackman was in it (and Jennifer Love Hewitt’s boobs). Granted, Hackman turned 82 this year, but I still think he’s got some incredible performances in him, and he’s more than capable of scoring an Oscar hat trick.
1. Rick Moranis

Have you ever seen a bad Rick Moranis film? I haven’t. They’re all amazing. Ghostbusters, Ghostbusters 2, Little Shop of Horrors, Honey I Shrunk the Kids, Honey I Blew Up the Kid, Spaceballs, Brewster’s Millions, Parenthood, The Flinstones, all gold. And Moranis is generally amongst the best things in the film. He hasn’t acted on screen since 1996’s Big Bully with Tom Arnold (which, admittedly, doesn’t sound that great, but I haven’t seen it, so it doesn’t count), and though he’s done some voice work for Disney, modern cinema has sorely missed his nerdy, nervy persona. I’ll be severely disappointed if he doesn’t show up as Louis Tully in Ghostbusters 3.
…and the one who can stay retired:

Amanda Bynes
When Bynes announced her retirement from acting in 2010, aged just 24, the world just carried on not caring about her existence. She’s hardly revolutionised the movie world, with forgettable supporting roles in films you’ll try to forget (Hairspray) and leading roles in utter tosh (She’s the Man, Sydney White, Lovewrecked), so it’s not much of a shame that we’ll never see her on screen again.