A smalltime L.A. strip club owner out celebrating after settling his gambling debts soon finds himself at a poker table with the mafia. Things don’t turn out too well, and he ends up deeper in their pocket than intended. Instead of paying his way out, they offer him a deal – if he kills the eponymous small time Chinese bookie then his debt will be cleared. Initially the man is reluctant to take the deal, but once he accepts, the assassination attempt doesn’t play out exactly as planned. 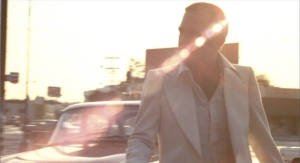