John Robie (Cary Grant) is a former master cat burglar, who gave it all up during the war to become a hero of the French resistance. He now lives a life of luxury in the south of France, but when a string of burglaries starts up the police immediately puts Robie in the frame, causing him to go on the run. He hatches a plan using a connection within the jewellery insurance industry to scope out the next potential victims, believing the only way to clear his name is to catch the real burglar in the act. This brings him into contact with the wealthy Jessie Stevens (Jessie Royce Landis) and her beautiful daughter Frances (Grace Kelly).

Few directors have greater range within the same genre than Hitchcock. Throughout his career he’s always retained one foot inside his drama wheelhouse, occasionally planting the other near comedy or horror, but he’s never had to entertain the notion of science fiction or fantasy. To Catch A Thief is one of his lightest, fluffiest capers, possibly too much so, featuring silly characters doing preposterous things, but keeping a straight face and playing everything far more earnestly than they should be. Conversations can turn from a man’s wartime killing history to the delights of a slice of quiche Lorraine in moments, and a stroll through a police-patrolled street market can very quickly end in a hurried chase and a mountain of overturned flowers. 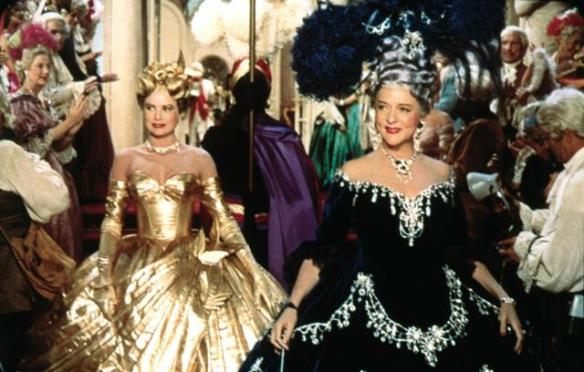 As I mentioned recently, Cary Grant could be my new favourite actor, and here he’s on reliable form, playing the line between harrowed victim and smoother-than-a-buttered-dolphin ladies man, and his chemistry with Grace Kelly is impeccable. Grant has an air about him that enables him to always seem like he could be conning everyone – even us – so you’re never quite sure which way his cards are going to fall. Kelly is, as always, radiant (I may have a thing for Grace Kelly…) but I couldn’t get past how she fawned over Grant, despite the 25 years age difference. Also, Robie attracts the attention of another girl, Danielle (Brigitte Auber), his friend’s daughter. She is even younger than Kelly (by two years) but is playing possibly a teenager, and there is at least one conversation whereby Grace Kelly is described as being “an old car” in comparison to Danielle. The mind boggles.

Speaking of Danielle, her father Bertani (Charles Vanel) seems to be suffering from a terrible case of bad ADR, in that every line he says has been over-dubbed, even in some scenes where he isn’t talking at all. It’s incredibly distracting, as are the obvious attempts in some scenes to cover up that Vanel isn’t the one speaking by shooting him from behind, or with something covering his mouth. It’s a standard technique, I know, but I expected better from Hitchcock.

Story-wise the film takes a while actually getting anywhere, with the more exciting scenes – the robberies being carried out – taking place very quickly and only in close-up. There’s a few car chases, but they felt clumsy and lacked panache or a sense of danger, so I never really felt that anyone was at risk (plus Kelly spent a lot of time over-steering whilst driving on a relatively straight road, which is something of a pet peeve of mine). The plot gets a little confusing, mainly with regard to how Robie knows some of the characters, and why many of them aren’t ever too pleased to see him, and I’ve seen too many heist films for anything to actually surprise me, particularly the ending, whereby the rules of coherent film-making dictated the list of potential culprits be very limited, down to just one person. 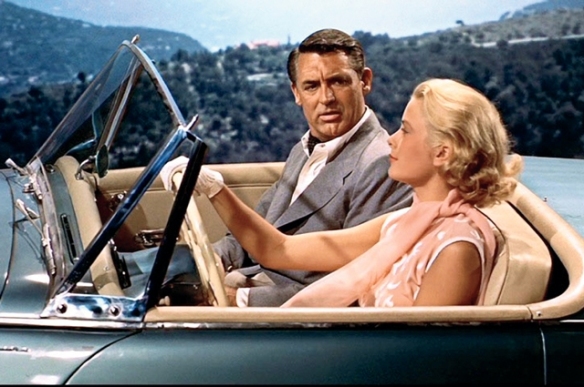 All that being said, it’s still a rather fun film, that’s possibly too lightweight for its own good. I’d purchased the DVD of this, thinking it was on the 1001 Movies list, but now I can see why it isn’t.

1 thought on “HitchcOctober Day 7: To Catch A Thief”