An alien (David Bowie) has come to Earth and disguised himself as a human. How did he get here? What does he want? Why is his first act on our planet to apply for patent protections? Is that really Rip Torn? All these questions and more will be answered and immediately replaced with others in this oddball 70s sci-fi brain-botherer from Nicolas Roeg. 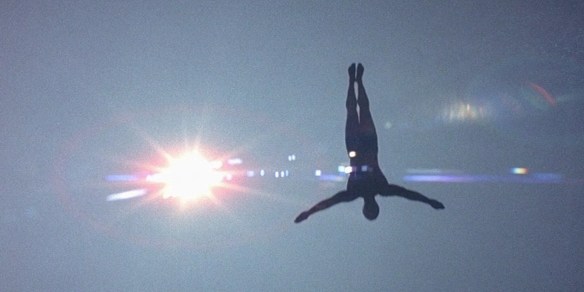 I wrote in a recent post that I’m not a fan of what some would call “weird” movies; that is to say, films that aren’t very well explained and leave too much up for interpretation, or don’t make a great deal of sense for people viewing it for the first, second or even fifteenth time, and unfortunately to some extent that applies to The Man Who Fell To Earth. There are definitely weirder films out there, but on a sliding scale this pushed the needle too far in the arty direction for me to fully get on board with. There’s a lot of jarring time and location skips with no warning or explanation, with only characters’ appearances ageing being any indication that time has passed – not helped by Bowie’s character not ageing himself. Also, characters arrive with little to no introduction, and remain that way until the film ends, hence why I got a little lost at points in the second half as to who some people were, what they were doing and why.

However, the reason this film is still occasionally discussed and remembered today, in my opinion, is the lead performance. I can’t think of many other actors who could have pulled off the alien role of Thomas Jerome Newton better than David Bowie, especially considering this is essentially his first acting role, other than the constant performance that is his life. I suppose it helps that there are few people in the world who could more readily pass as an alien than David Bowie, as I’m sure he’d be the first to admit he can be perceived as being a little… unusual. Here he’s got a shock of almost neon orange hair contrasted against his deathly pale skin and his mis-matched eyes, and he’s so damn thin it’s unhealthy. However, it’s not just how he looks. He walks with a stilted, awkward gait, as though he’s either unused to his body, the world around him or both. Presumably the planet he comes from has a different strength of gravity. And yet, throughout the film, he generally remains the calmest and most thoughtful person on screen. 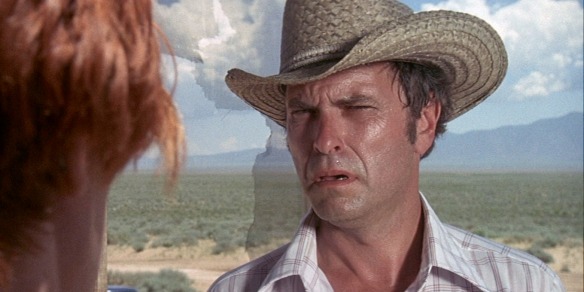 The supporting cast includes Candy Clark as Mary-Lou, a hotel maid who shows Newton some kindness, and is rewarded by moving in with him and becoming a significant part in his life. Buck Henry plays Mr. Farnsworth, Newton’s business associate with ridiculous bifocals that make him look like an insect and must have been hellish to work in, and Rip Torn plays Bryce, a college professor who gets tangled up in the plot. Ah yes, Rip Torn. For a while I wasn’t sure who the actor playing Bryce was, because I’ve never seen Torn in anything made before Men in Black, but once he started smirking or looking exasperated at things it clicked as to who the guy was. I hadn’t recognised him before then because he spends his first few scenes start bollock naked, having sex with his students. That’s right, if you’ve ever wanted to see a young girl talking to and playing with Rip Torn’s flaccid penis, congratulations, you’ve found your movie. You see, this film contained far more rampant sexual intercourse than I was expecting, which in hindsight was my mistake, given the directions Nicolas Roeg took with the likes of Performanceand Walkabout. Here we’ve got an entire Rip Torn-based sex montage – the most disturbing image of which contains him having sex with a girl who is being penetrated whilst she clutches a photograph of Bryce’s daughter and ex-wife, with her underwear wrapped around it. We’re also treated to some alien sex, which featured far more fluid than I was comfortable with. Couple all of this with my biggest pet peeve – eye trauma, specifically sticking things into or around the eyes – and you’ve got a film I never want to see again, thank you very much.

Another area where the film fell down was in its effects work. The visual style is nice, but some of the alien planet stuff felt off, and the transport used by Newton looks like a giant chunk of slightly mouldy cheese, but also felt like it had no weight to it, as though it were made of thin cardboard and being pulled along on strings. It needed some heft, and to look like it was using the guide rail it sat on, rather than floating a few inches above it. Back on Earth, however, there were some far greater images to enjoy, such as Newton’s desperation to absorb human culture via a wall of televisions, or stirring a glass with the barrel of a gun. 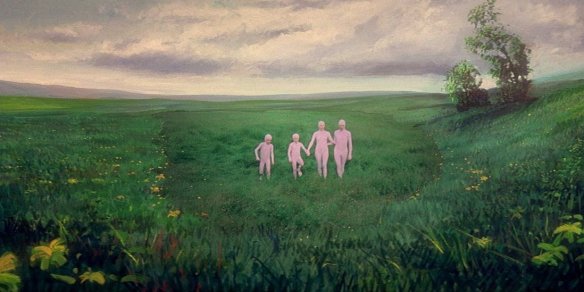 The ending of the film, and I won’t spoil it, felt like it was intended to be ambiguous. Some plot developments point to Newton’s character not necessarily being an alien after all, in that future testing would reveal him to be human, but this goes against everything else in the film, including some things that happen afterwards – he continues not to age, for example – so it feels as though the ambiguous nature was written in just to screw with me. Like I said, I don’t like weird movies. If you do, however, you’re more likely to gel with this one. It’s not your typical alien science fiction movie, but I think it’s a little too arty for its own good.

2 thoughts on “The Man Who Fell To Earth”