Like most of my fellow movie bloggers and podcasters, these past few weeks have been spent looking back at the past year and working out those films that I’ll hopefully still be remembering this time next year. Well, thankfully that time is now over, and we can get onto the future, or in my case even further into the past. Due to all the time spent looking back and writing my mammoth annual review of the year (links are below) as well as prepping for and editing the Lambcast’s flagship Best of the Year show, I’ve not actually written any reviews this week, but I have seen a few movies:

This is not a film I particularly wanted to see. Heck, I’m not entirely sure if this is even a film. Richard Kelly’s follow-up to the much-acclaimed Donnie Darko won the Movie of the Month poll for January over at the LAMB, so this past weekend’s Lambcast was devoted to it. Therefore I won’t go into too much detail, other than to say it’s a mess, but at least it’s an inventive, interesting mess. With cars having sex.
Choose Life 3/10
Lists: None

Star Wars Episode VI The Return of the Jedi (1983)

One of my favourite podcasts is Star Wars Minute, in which the two hosts discuss a different minute of Star Wars every day, in chronological order, for about twenty minutes per show. They’ve previously recorded series on Star Wars and The Empire Strikes Back, and last week they began the series devoted to Return of the Jedi. I’m a Star Wars fan, but not enough to know these films half as well as these guys, but it’s still a very entertaining and insightful show to listen to. I wanted to brush up on my Jedi familiarity before listening, so I gave this a re-watch, and found it to be far better than I remembered. I love everything that happened around Jabba’s palace, particularly the creature stuff with the Rancor and the Sarlacc pit, although I forgot that almost the entire second half of the film is one massive climax, which did feel a little drawn out after a while. And no, I don’t mind the Ewoks.
Choose Film 8/10
Lists: None (already crossed off) 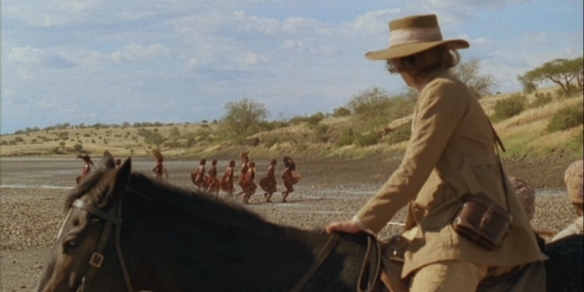 This is on the 1001 List, so I’ll be posting a review soon, and also it’s a film from my TiVo, so that’s two birds with one stone right there. I wasn’t a massive fan of this movie, but I’ll go into more detail soon.
Choose Life 6/10
Lists: 1001, TiVo 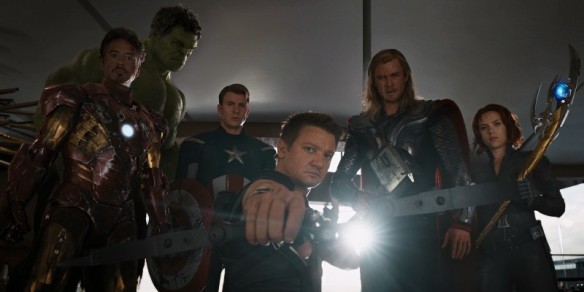 After watching Out of Africa we stumbled across this on TV, just as the massive New York battle was beginning. It’s the perfect point to channel-hop and stumble across a movie (more on that later) as it was a lovely piece of glossy action to finish off a Saturday night. Joss Whedon really proved himself a master of imbuing gigantic action sequences with an almost equal amount of humour. “Puny God” will never fail to make me grin.
Choose Film 9/10
Lists: None (already crossed off)

Another 1001 List movie I’ll be reviewing soon (maybe even tomorrow) this was selected for me to watch by my Lambcast co-host Robert, so thanks go to him for finally introducing me to this early Hannibal Lecter )or Lecktor, as is the case here) movie. Also, it’s Michael Mann month over at French Toast Sunday, so go there to participate.
Choose Film 9/10
Lists: 1001, Nominated Movies, Empire 5-Star

Another film I started watching halfway through. Peter Jackson’s King Kong is a film I admit to being flawed, but that I love regardless. For a long time it was in the #3 slot of my Favourite Movies of All Time (back when that list read 5. Clerks, 4. Reservoir Dogs, 3. King Kong, 2. The Great Escape, 1. The Shawshank Redemption. One of those movies is still in the same place, but I’m not saying which one). There were says when I’d get home from work and stick it on just to watch the dinosaur fight, coupled with insect scene that immediately follows it. So guess where we started watching? Yep, right there. The effects work in this movie is incredible, Serkis’ performance as Kong (and Lumpy the cook, whose demise was sadly removed from the pre-watershed TV showing) is astounding, and there’s a lot of touching moments between Kong and Naomi Watts’ Ann. That ice skating scene is always heart-breaking.
Choose Film 8/10
Lists: None (already crossed off)

Last night I sat down to write a review, and my other half spotted this on TV and stuck it on, so obviously she didn’t want me to write anything. Edgar Wright is my favourite active director, and even only half-watching I was still laughing every few seconds. The guy just never misses an opportunity to stick in a joke.
Choose Film 10/10
Lists: None (already crossed off)

This week I watched Series 2, Episode 6, The Old Gods and The New, Episode 7, A Man Without Honor and Episode 8, The Prince of Winterfell. We’re only a couple of episodes away from the end of Season 2, and the next episode is Blackwater, which I’ve heard a great deal about and am very much looking forward to. These past few have had a lot of great bits – I do enjoy Theon’s storyline, becoming a right little shit – and of course we’ve had the introduction of one of my favourite second tier characters, Ygritte, perfectly played by Rose Leslie. For the most part, this show has been impeccably cast, with even the more minor characters being captured almost exactly as I read them in the books.

Goals Update
Aim: Cross off all saved TiVo films
Watched: 3
To go: 58
Should be on: 2
On Track: Yes!

Aim: Review Kate Winslet’s remaining films
Reviewed: 0
To go: 3
Should be on: 0
On Track: Yes!