It’s the end of another year, which means it’s time for my traditional (as of last year) end of year review. In 2013 I saw 50 movies released that year, and like every sequel this year it went bigger and better, because I went and watched a grand total of 58. Some of these were released outside of the UK earlier than this year, but I never let a thing like that get in the way of me ranking films into an arbitrary order. Oh, and technically one of these films hasn’t come out yet in the UK. We’ll get to that.

As with last year, I’ve split this post into three. Today you get my bottom 18 movies, tomorrow (or when I post the next page) the following 20, and soon after that will be the much hallowed Top 20 list. Be sure to come back to see what made the top.

The lowest position on a list is almost hallowed ground. This being only the second year I’ve written such a list, the only company shared by The Love Punch is Movie 43, and that’s not a good bedmate to have. I almost feel bad for ranking it this low, but the fact is that I must give this film the lowest possible acclaim – I couldn’t be bothered to finish it. Of the various other tripe I sat through in 2014, this was the only movie I didn’t even make to the halfway point. Granted, some of the others were endured because a review was required, but even still. I like the cast – I’m a fan of Emma Thompson and generally enjoy Celia Imrie and Timothy Spall on screen, and in my eyes you can do a lot worse for an older leading man than Pierce Brosnan, but this wasn’t engaging, funny or even bearable as divorced out-of-touch-with-modern-life parents Brosnan and Thompson team up with their delightfully eccentric friends Spall and Imrie to go after the fortune of a man who tore their company apart and liquidated their pension. 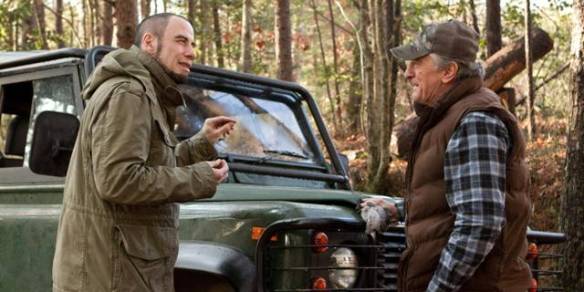 So, ranking every film I’ve sat all the way through from 2014 would put this one at the bottom, which seems much fairer. I reviewed this for Blueprint: Review (thanks a bunch, David) and have regretted it ever since. De Niro snores through his performance and Travolta seems unable to decide exactly where his accent comes from and what a beard is. This managed to make a film about two trained veterans trying to kill one another in the woods boring.

The first of two movies this year that had me regretting my decision to watch all of Kate Winslet’s films, Divergent takes the lower spot purely because it’s existence sets me up to watch even more films in this franchise. I can’t say I’m the target market for young adult fiction, but even still this film was just not good. The overall plot is bizarre to the point of ridiculous – after some kind of war, everyone is split into one of five factions, which they can choose to be in, but also they kind of can’t, and if you could work in more than one group you are deemed “divergent” and are therefore some kind of potential terrorist-in-waiting. Each group has training, and by the end of the training two thirds of the group will be cast out as factionless, forced to live in a desolate wasteland that only one fifth of humanity is willing to help. I feel dumb just repeating this. Well, at least I’ve still got Insurgent to look forward to this year. I’ve said it before, and I’ll say it again, they sooned they kill off Winslet’s character the better, as I’ll be spared having to watch any more.

The second terrible Winslet movie of the year saw her playing a shut-in mother who falls in love with Josh Brolin, a man keeping her and her son hostage after he broke out of prison. It’s insipid, often silly (incest is implied at one point, with Winslet’s son wanting to be everything a husband can be to her) and always felt just a little off. Plus, J.K. Simmons shows up for the tiniest scene possible. That’s not enough! 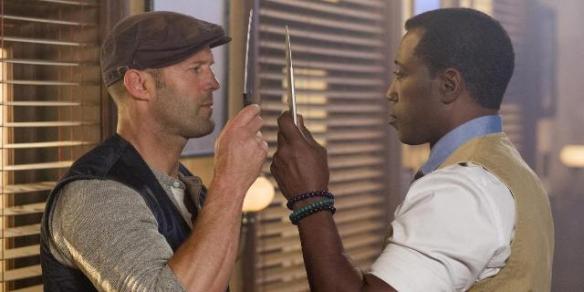 I didn’t hate the first Expendables movie, but when I caught up with part 2 a few weeks ago it was pretty dull. Part 3 had the makings of being even worse, and ended up remaining on par with part 2, despite adding the likes of Wesley Snipes, Harrison Ford, Robert Davi and Mel Gibson into the mix. It got saddled with a 12 rating, so no blood, turning a film about a crack team of mercenaries working outside of the law into a teddy bear picnic wrapped in cotton wool. Also, Stallone’s final line to Gibson is stupid even for this kind of movie.

This film wasn’t so much bad as it was just dull an unmemorable, as proven by the fact that I can’t remember a great deal about it, other than Kevin Costner didn’t do anything and Chris Pine had a fun scene where he pretended to be drunk. Oh, and Kenneth Branagh’s Russian accent. 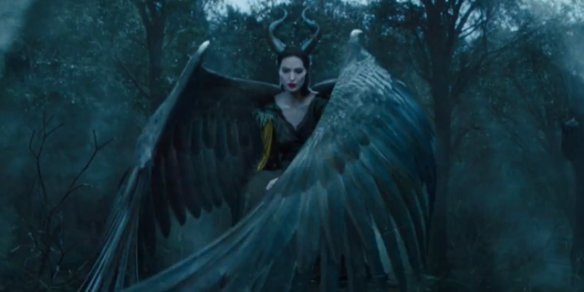 I don’t really know why I watched this one. I had no interest in it, so unsurprisingly I found it boring and uninteresting. Also, if I have seen the animated original Sleeping Beauty, I don’t remember it. Maleficent was fine, but I’ve got no reason for recommending it to anyone. Angelina Jolie was good, but everyone else was just meh. 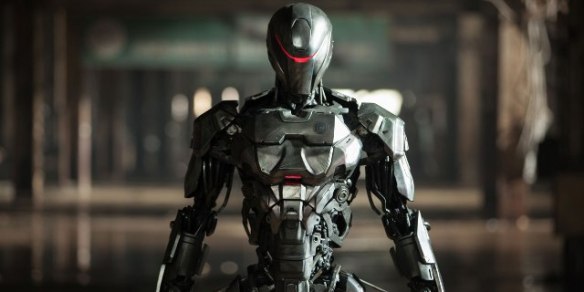 2014 saw me finally seeing the original RoboCop for the first time. I loved it. Then I saw this remake, and I did not love it. As with The Expendables 3, it was saddled with far too family-friendly a rating, and suffered accordingly. It had a couple of decent elements – the supporting case was fun, particularly Michael Keaton, Gary Oldman and Samuel L. Jackson – and the scene where Joel Kinneman’s eponymous half-robot-half-policeman sees himself as he remains is pretty moving and more than a little grotesque at the same time. 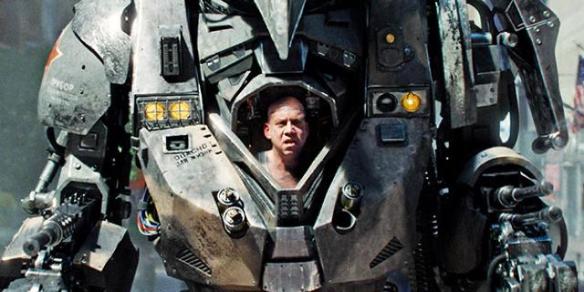 I’m not entirely sure why I watched this. Or at least, when I stopped it halfway through to go do something else, I don’t know I then went back and watched the remaining hour. I didn’t like the first one all that much, but was mildly curious to see Paul Giamatti as the Rhino and Jamie Foxx as Electro. Both did well in different ways – Giamatti has a ball chomping the scenery, whilst Foxx has a decent arc as a guy who just wants people to notice him – but the story is bloated and messy, too many strands are introduced without going anywhere, and this all just felt like one massive trailer for Sony’s supposedly upcoming Sinster Six Movie.

49. A Million Ways to Die in the West 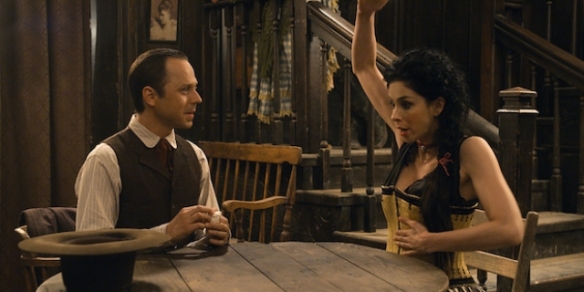 I didn’t hate this Seth McFarlane comedy as much as other seemed to, mainly because I hadn’t seen all the trailers (which ruined all the best jokes). However, I didn’t exactly like it. It had a habit of pushing what should have been one-scene jokes way beyond their humorous limit (Giovanni Ribisi is a virgin engaged to a Sarah Silverman’s prostitute, who has sex with everyone but him because they want to wait until they’re married, ha ha ha ha ha), and Seth McFarlane’s character was just far too smug and knowing. Neil Patrick Harris’ song about moustaches was alas over-hyped for me, but I appreciated the mocking of Amanda Seyfried and her oversized eyes.

I had such high hopes for The Monuments Men; it was one of my Most Anticipated movies of the year, based on the cast – Clooney, Damon, Blanchett, Bonneville, Dujardin, Murray, Goodman, Balaban – and the premise; out of shape civilians go into World War 2 in search of prized artwork stolen by the Nazis. Unfortunately, this teetered between all-to-brief moments of comedy and faltering elements of emotion. Too few of the cast members were allowed to shine, and what could have been great ended up being boring and uncomfortable. 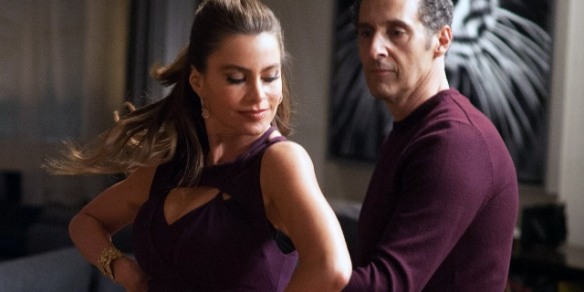 It’s easy to understand why I didn’t get on with Fading Gigolo. Namely, I couldn’t get past the notion that the likes of Sharon Stone, Vanessa Paradis and Sofia Vergara would have difficulty finding a man, and that when they wanted a male escort that man would look like John Turturro. I think it’s very clear he wrote, directed and starred in this movie just so he could get off with the actresses involved. 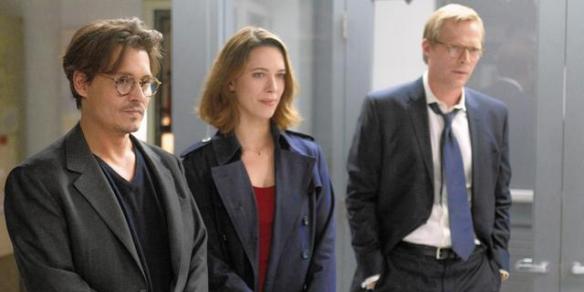 As with The Monuments Men, Transcendence could have been something great. The cast is impressive, the plot sounded interesting, and it was directed by Wally Pfister, who has been sitting at Christopher Nolan’s side for many years now, but alas some of the great director’s talent didn’t rub off on his regular DP. Johnny Depp proved that even without a face full of white make-up he can still take a film down with him in this slow, uneven waste of talent.

UK Release date: 10th January 2014
It’s been a long time since Vince Vaughn made a film I gave half a crap about, and that streak has yet to change, but he came close. Delivery Man had some funny moments (generally courtesy of Chris Pratt) and a nice, unique story (unless you count Starbuck, the French original that I’ve not seen). It was all quite predictable, but it wasn’t as painful to get through as it could have been. 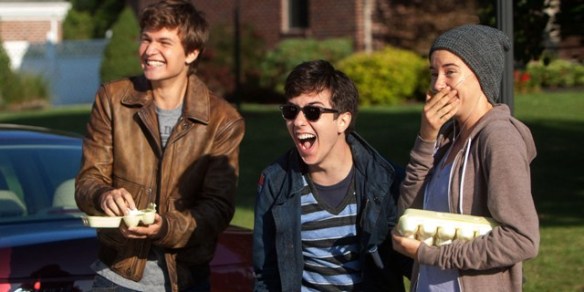 Like Divergent, this isn’t for me, but unlike Divergent this wasn’t terrible. Soppy, occasionally aggravating and with characters I tried really hard not to hate, but overall not terrible. I’m still a little confused as to why the room full of strangers began to applaud the two teenagers kissing in Anne Frank’s room, and Ansel Elgort’s personality trait of putting a cigarette between his lips but not smoking it – apparently it’s a metaphor, I assume for being an arsehole – was asinine. Regardless, it’s better than that Twilight bullshit. 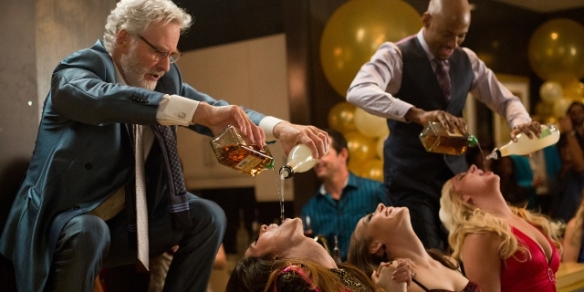 UK Release date: 3rd January 2014
It probably says something about a film where my only thought upon it finishing was how some of the characters – who are supposedly in their mid-30s – couldn’t be feasibly named Madison because that only became a used “name” in 1984, thirty years before this film came out, with the release of Splash. Thanks to Todd and Kristen from the Walt Sent Me podcast for pointing that out to me. I loved Kevin Kline in this movie, as I love Kevin Kline in anything (Morgan Freeman is also good) but the rest of this Hangover-for-pensioners was a bit drab.

Darren Aronofsky put in his least Darren Aronofsky-ish film with this loose adaptation of the story of Noah and the Arc. Gone is the image of the idyllic boat-shaped vessel with giraffes sticking out of the portholes, instead this is a tale of a giant floating box, rock monsters voiced by Nick Nolte and scheduled infanticide, plus Anthony Hopkins wittering on about berries. It was better than expected, but not what I’d call good.

Just missing the middle portion of the list is Robert Rodriguez’s long anticipated but sadly disappointing follow up to 2005’s Sin City. Where the original was cool, sharp and visually stunning, this felt tired, sloppy and padded. The storylines were mixed around to a confusing degree, some were included to fill time regardless of how good they were (Marv’s coat? No thanks) and I can guarantee this would be a few slots lower down the list had Eva Green been wearing more clothes.

Check back soon to see the next 20 films I saw last year!