Karen Dinesen (Meryl Streep) is a wealthy, unmarried woman in Denmark in the 1910s. In her circle, an unmarried woman is deemed unseemly, so she marries her friend, Baron Blixen (Klaus Maria Brandauer), on the basis that she will become a baroness and he will share her wealth. The two move to Africa (I think it’s Kenya) with intentions of starting a dairy, but unbeknownst to Karen her new husband has changed all the plans to growing coffee instead. He proves to be an inadequate husband, always being away hunting whilst his wife is left home with nothing to do, as whenever she tries to help out with the work the local staff are confused at her presence. Enter Denys (Robert Redford), a big game hunter who at first becomes friends with Karen, along with another man, Michael Kitchen’s Berkeley, but soon, inevitably, starts a relationship with her too. 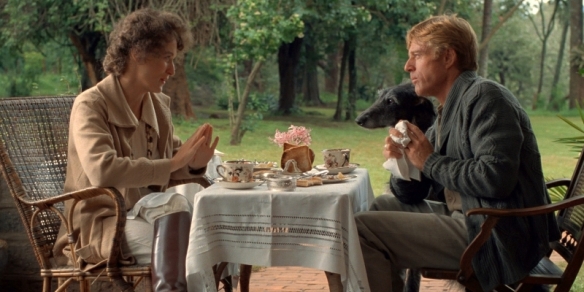 I’m really not all that sure what Out of Africa is about. Yes, that’s a rough plot synopsis above, but it tells a story that doesn’t go anywhere, which is filled with not a great deal, yet somehow manages to take almost two and a half hours to tell. There doesn’t appear to be any end goal, no arcing plotline, no obstacle to overcome. Yes, Karen’s marriage isn’t amazing, and neither necessarily is the relationship she develops with Denys, but this is more of a documenting of events than a structured narrative. Similarly, there’s some hinting that Karen’s motivations are supposed to be to prove herself to the sour-faced men who kick her female behind out of their clubhouse at the start of the film, but this is only clear in retrospect, after a scene very near the end, at which point it seemed the results weren’t what she’d aimed for, but were merely a happy bi-product. 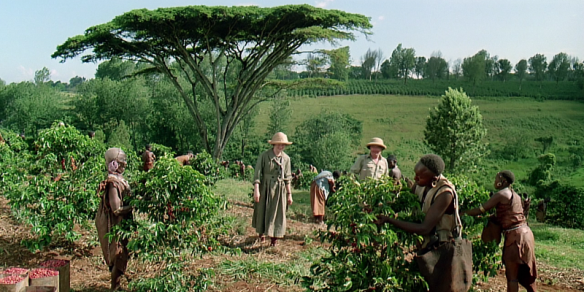 There’s some character development with regards to Karen’s attitude towards the indigenous Africans in her new home – when arriving on the train, she attempts to shoo them away when they climb on top of the crates carrying her luggage – and a little bit of fish-out-of-water stuff – she wants her house staff to wear white gloves when serving at the table, regardless of their lack of adequate friction – but nothing ever really goes anywhere. It’s basically a character study under the guise of an epic historical romance, and literally none of that describes the kind of movies I like. 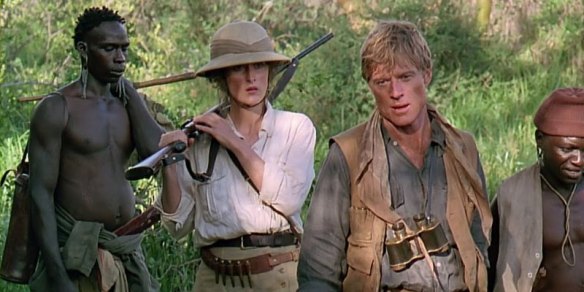 Some elements look like they’re going to lead somewhere – Karen’s thick European accent leads some of the other people within her circle of society to doubt her allegiances when the First World War breaks out – but inevitably just trail off into a semi-resolved state, as if the script writers got bored of that strand and went off to write something else instead. Actually, given how dreary the whole thing is, I’m pretty sure that’s what actually happened. 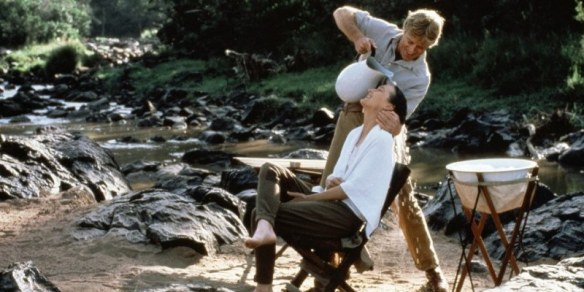 The performances are great, so credit where it’s due. Streep plays it very straight, focussing more on nailing the accent than anything else, but it’s Redford who turns out to be a joy. His Denys is jovial yet tender, with occasional comedic quips to break the tedium. There’s also small roles for the likes of Michael Gough and Leslie Phillips. 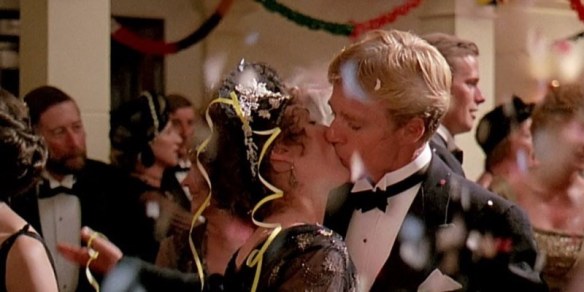 The scenery is predictably beautiful, so there’s that, and there’s even a segment that seemed to be shot entirely for the African tourist board as an advert for their country, featuring two characters going on an aeroplane flight to showcase the incredible views and wildlife that can be found on the plains. Also I approved of the none-too-subtle shots of the gun rack in the house, which fills or empties with regards to other events that take place. It’s all spelled out a little too clearly, but I approve nonetheless. 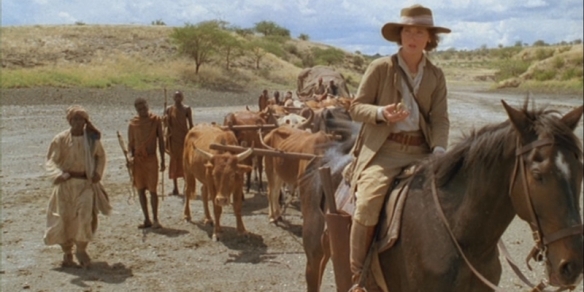 Alas, good scenery and a few decent performances are not enough to save a film. This is nothing more than a small, underwritten story – many things happen with no hope of an explanation, they just simply are – that’s been overblown to a scale far beyond what it deserves. I’ve just checked, and I’m astounded that this won seven academy awards, including Best Picture and Director. I highly disagree and, given that Back to the Future was inexplicably absent from those categories, I hereby decree that the 1986 Academy Awards should be scrubbed from the record. As far as I’m concerned, they never took place.

8 thoughts on “Out of Africa”