A girl is rushed to hospital in Vienna after an apparent suicide attempt. Accompanying her is a man whose relationship with her is unclear, and is unaided by his standoffish demeanour towards the police. Through flashbacks, it becomes clear that the man, named Alex (Art Garfunkel) is in a relationship with the woman, Milena (Theresa Russell), but that their relationship is strained by her marriage to an older man (Denholm Elliott) who may be a spy Alex is investigating. It is up to Inspector Netusil (Harvey Keitel) to try and sort the whole mess out, and ascertain whether Alex had a hand in Milena’s predicament. 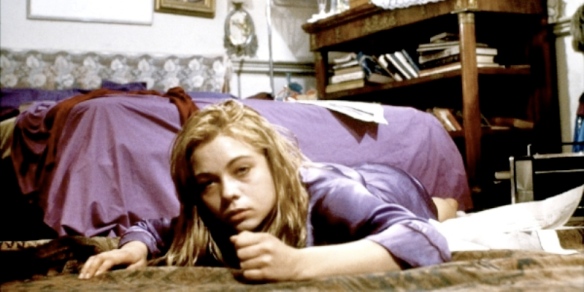 Nicolas Roeg has a habit of casting unconventional actors in lead roles for his movies, primarily from the music industry. Think Jagger in Performance, or Bowie in The Man Who Fell To Earth, both of which paid off by providing very unique performances from artists known for being very emotive and extroverted on stage. Art Garfunkel, of Simon and Garfunkel fame, has significantly less of a reputation of this showmanship, and as such this makes him a far better choice for playing the reserved, aloof, distant Alex, an American psychiatrist in a foreign land, unexpectedly being pursued by a much younger woman and thrown into a world he doesn’t fully comprehend.

Along with casting unconventional leads, Roeg also has an eye for taking tried-and-tested film genres and spinning them on their heads. Here he takes elements of spy movies, whodunnit thrillers and sensual romantic dramas and mashes them together with flashbacks, a limited narrative and a scene involving an exotic dancer writhing and jumping on a large net suspended over the audience. I’m not necessarily a fan of what Roeg tends to produce, but I can at least appreciate that he’s producing something unique that you couldn’t get from anyone else. My issue is that it’s very easy to get lost, because story-wise a lot of leaps need to be made with few clues to help you along, and seeing as the greatest aspect I often look for in films is the storytelling, you can possibly understand why I might find some of Roeg’s work frustrating.

The use of flashbacks is what makes it most confusing, especially when they begin to bleed into one another, as well as the scenes occurring in the real-time section of the film, with Keitel’s detective visiting the scene of Milena’s ordeal, triggering jumps to scenes spent around the various locations and artefacts he sees. Often it feels as though he is the one watching them unfold, when in reality he has no knowledge of anything that has happened to Milena before that night, which adds more layers of confusion where they really aren’t welcome. 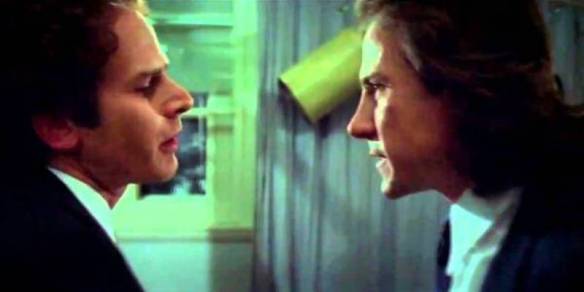 In the hands of a different director this could be a much more coherent, thrilling narrative, digging deep into the potential spy subplot, and the difficulties faced by Garfunkel’s character when he discovers the identity of someone he should be looking into, but here these elements are almost sidelined in favour of depicting a mood of confusion and arousal. There’s some interesting and impressive cinematography, and creative editing (a flashback of Milena having sex cuts to her gasping for breath on an operating table), but the soundtrack is at times a bit too obvious (a scene in which one character is trying to work out who another one is has The Who’s Who Are You playing over it) and I could never quite get past the idea of Art Garfunkel as an object of desire.