This week has had a shadow looming over it for me, in the form of the passing of Terry Pratchett, my favourite author. His death on Thursday wasn’t a shock, considering he’s been very public with his health issues for the past few years, but it left me in a kind of fugue state for a good while. Also, Mother’s Day ate into my weekend quite a bit this year (love you Mum, so I don’t mind that much) so I didn’t watch/write as much as I’d have liked. Hence, last week’s mission to get at least one green mark on the tally below wasn’t overly successful. I’m also going to change one of my aims for the year. I’d initially aimed to see 25 movies in the cinema this year, averaging a little less than one a fortnight. For reasons of both availability and finance, I’m going to change that to watching a quantity of 2015 movies, but not necessarily in theatres. Last year I saw 58 movies from 2014, so this year I’m aiming to watch at least 59 movies from 2015. This actually puts me even further behind than I was, but is somehow a more manageable target, or at least it will be once movies from this year start hitting DVD and I can rent them through LoveFilm. Anyway. here’s what I watched this week: 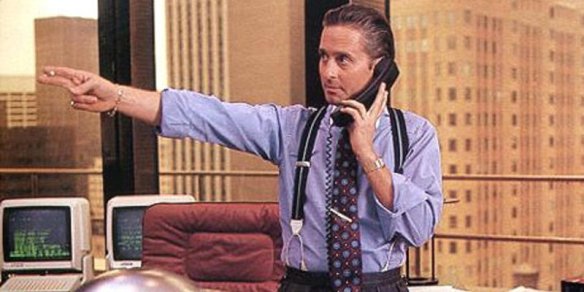 Nominated by Dylan Fields from Man I Love Films and former host of the Lambcast, I discussed this on an upcoming Lambcast show, so look forward to that. My review should be up soon (consider that my new catchphrase), but for now I’ll just say that I don’t think it has aged all that well.
Lists: 1001 Movies You Must See Before You Die, Nominated Movies

This was fantastic. I now understand all the hype, particularly over Jake Gyllenhall, who most definitely deserved an Oscar nomination for his performance here, although I’ve still yet to see American Sniper, Foxcatcher or The Imitation Game, so I can’t compare his work with that of Bradley Cooper, Steve Carell or Benedict Cumberbatch just yet. I’d had a few spoilers for the story hinted at, so I had some idea of what to expect, but Dan Gilroy’s directorial debut was still stunning. I already feel like I want to see it again soon, and I’ll be buying it on Blu-Ray by the end of the year (or at the very least sticking it on my Christmas list).
Lists: None
Choose Film 9/10

I recorded this because my partner and I are both Morgan Freeman fans, but we were not prepared for how much he swears in this movie. I hardly have a squeaky-clean vocabulary, but there’s just something unsettling about Freeman cussing all over the shop. I thought his solitary f-word was bad enough in Wanted, but this went too far. It’s an odd story if you’re unfamiliar – Renee Zellwegger’s small town waitress witnesses two men (Freeman and Chris Rock) kill her husband (Aaron Eckhart) and she falls into a delusional state, believing her favourite soap opera to be real, and the character played by her favourite actor (Greg Kinnear) to be in a relationship with her. This film had an amazing cast – as well as those mentioned there’s Crispin Glover, Pruitt Taylor Vince, Allison Janney and Lost‘s Elizabeth Mitchell – and uses everyone to the best of their abilities. I even didn’t hate Zellwegger, which is a rarity for me. Some last act revelations added nothing to the plot that they wouldn’t have if they’d been made clear at the start, but overall this was a solid, quirky movie from Neil LaBute that kept me engaged and entertained. Eckhart plays one of cinema’s all time arseholes, complete with mullet and scratch marks on the wall from screwing his secretary on his office sofa. It’s worth watching just for him.
Lists: TiVo
Choose Film 7/10

I made a boo-boo. After watching this, as recommended to me by Will Slater from Exploding Helicopter (and the Exploding Helicopter Podcast, which I’m looking forward to appearing on soon) I remembered that I was already going to watch it as part of my USA Road Trip for French Toast Sunday as the movie set in West Virginia, which isn’t scheduled for months yet, and there’s nothing else set in that state that I’ve got any inclination to watch. As such I’ll be writing a review soon, but don’t expect to see it posted for a while. Fear not though, it’s a positive review.
Lists: 1001 Movies You Must See Before You Die, Nominated Movies, Empire’s 5-Star 500, Empires Top 500, FTS USA Road Trip

Posts you may have missed:
Terry Pratchett, R.I.P.
The Outlaw Josey Wales
Lambcast #260 A Hard Day’s Night Movie of the Month: The latest Movie of the Month appeared on many lists I’m going through, so I was pleased it won, right up until I watched the movie, and found very little to like about it. As always, my review is still in development, and should see daylight soon, but for now you can listen to me not liking it all that much on this show. Don’t fret though, many of the other guests on the show are much bigger fans of the movie than I, as I was joined by my co-host Robert, as well as Todd, Lackey and Will.