John Grant (Gary Bond) is the sole schoolteacher at a school in Tiboonda, with nothing for miles around except the bar and hotel on the other side of the train tracks. After breaking up for the 6-week Christmas holidays, John travels to see his girlfriend in Sydney, but gets waylaid in the Yabba (the local name for Bundanyabba), a town that pretty much everyone who lives there loves. The straight-laced John, who is stuck in his teaching job thanks to some legal shenanigans that would require him to pay 1,000 Australian dollars to get out of it, finds himself sinking deeper and deeper in the Yabba’s culture, gradually losing everything he held deer about himself. 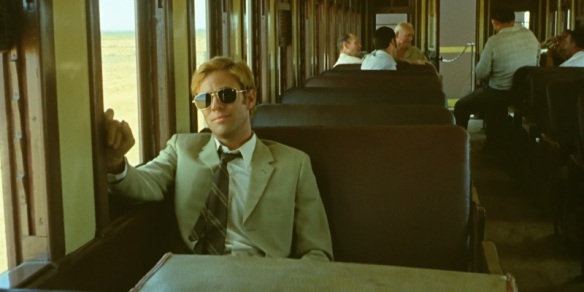 I’d be very surprised if you hadn’t heard the expression “Don’t judge a book by its cover,” but here I’d like to expand that to “Don’t judge a movie by its title.” The fact that this is called Wake in Fright had me thinking this was going to be some terrifying Australian horror movie that would put me off visiting the country for good. Also, this was nominated for me to watch by Lindsay Street of French Toast Sunday and, considering she is an avid fan of all things horror, I was certain this film would terrify me, hence why I watched it in the middle of quite a sunny day, just in case. However, this isn’t so much a horror movie as it is a cross between Deliverance, After Hours and Walkabout. The only horrors that befall our hero are those caused by the debauchery of man, as he’s corrupted by gambling, hunting, women and a limitless supply of alcohol. 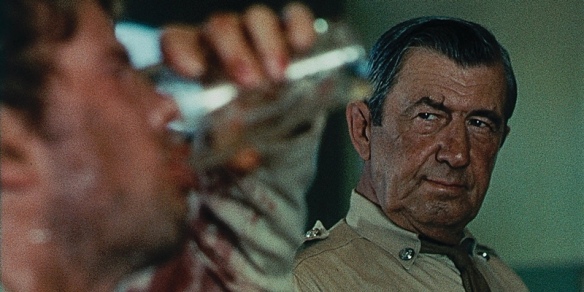 Wake in Fright does nothing to dispel the stereotype that Australian men like to drink. Every man on screen seems to be in a competition against Nicolas Cage in Leaving Las Vegas, except they’re not trying to kill themselves with booze, it’s just not the done thing to be seen without a beer in your hand and another heading down your throat. This is not a film I’d do well in, seeing as I can’t stand even one drink of beer, let alone the gallons consumed over the course of the events taking place here. It’s the kind of town where, when someone offers to buy you a drink, they’ve already gone to get you one before finishing the sentiment, and if you’ve not chugged the one in your hand by the time they get back – which miraculously is often a matter of seconds, regardless of how crowded the bars are – then you’re not fit to call yourself a man, and certainly not an Australian. 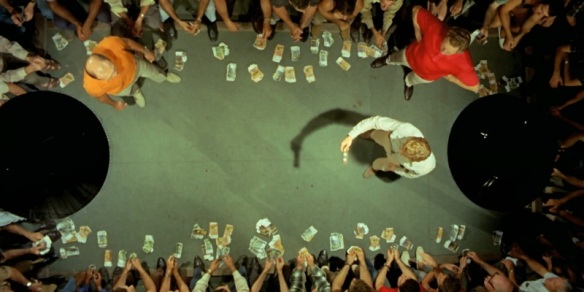 I spent a lot of the film waiting for the expected horror element to kick in, and second-guessing what it would be – the obvious choice was that all the locals would turn on the out-of-towner for shunning or mocking their local ways – but no such turn occurred. Instead John becomes corrupted by his own greed during some fantastic gambling scenes, betting on the local pastime of spinning, which thankfully doesn’t involved fixed bicycle exercise equipment, instead seeing a man – the spinner – tossing two coins in the air, and everyone betting on them both landing heads or tails, with one of each earning a second spin. These scenes are just terrific. The notion of the game and the betting rules is gotten across simply, as is the fact that the money is just put on the ground in front of everyone, and if you win you know what’s yours so you go and collect it. When John puts a bet on and wins, but is unable to collect his prize due to the unruly throng, the money is brought to him and a seat is found at the front. If only every facet of life could be relied upon to be so honest. 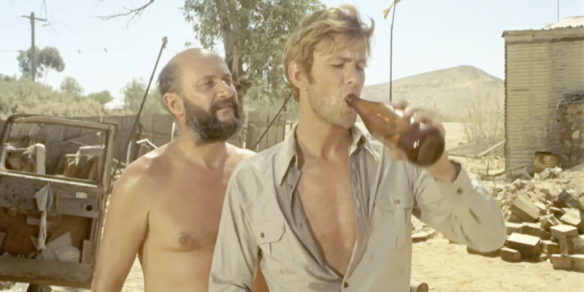 Donald Pleasence is in this movie. Amongst a cast of no-one else I’ve seen before, there sits Blythe the blind forger, drunk as, well as an Australian, living in a cobbled together corrugated shack, deranged and philosophising, half naked and crazed. There are things you’ll never think you’ll see in life, and one of them is Donald Pleasence drinking whilst standing on his head. Cross that one off a list; it’s done. Also, he’s top billed. What the what? Second billed behind Gary Bond would be fine, but top? Granted he has the more memorable character, with Bond essentially being the audience’s cypher on this journey into Hell, but no. 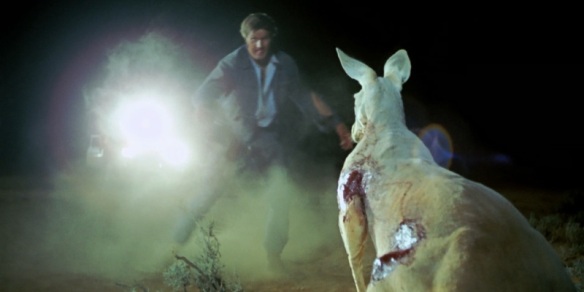 Despite everything that happens to John, which I won’t spoil because you should definitely go find out for yourself, I never felt that it went to far for him. The decline was at a relatively even pace, as he gradually loses all his civilities along with his fancy belongings. The film did go too far, however, during the kangaroo hunting scenes. Real footage is used from actual, professional licensed hunters killing kangaroos, and there’s a bloody montage of them, which is something I never enjoy seeing on film. I hate the cow sacrifice in Apocalypse Now, I hate the man dying in the crowd at Gimme Shelter, and I hated watching kangaroos being slaughtered here. Yes I’m a hypocrite, because later tonight I’ll be enjoying a tasty cheeseburger, but even still, no killing stuff on film please, not without some kind of warning at the start. 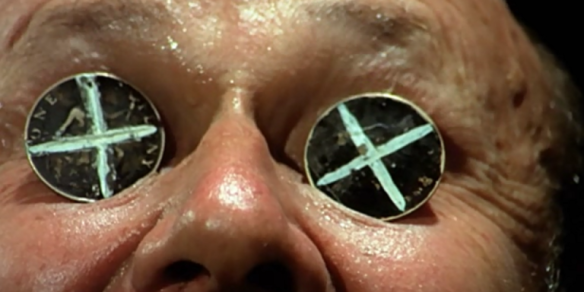 Other than that, this was a lot better than expected, and id probably the least festive Christmas movie I’ve ever seen.

4 thoughts on “Wake in Fright”