A 1930s circus has amongst its attractions a selection of people known as “Freaks” who are looked down upon by some of the other acts. Amongst these people is Hans (Harry Earles), an adult man trapped in the body of a boy. Despite being engaged to fellow “Freak” Frieda (Harry’s real-life sister, Daisy Earles), Hans is in love with Cleopatra (Olga Baclanova), a beautiful trapeze artist. To begin with Cleopatra leads Hans on, mocking him behind his back but accepting his gifts and favours, all the while carrying on with the strong man, Hercules (Henry Victor), but when they discover Hans is the heir to a fortune, Cleopatra plans to marry then immediately kill him, leaving her his wealthy widow. Meanwhile, Hercules’ former lover Venus (Leila Hyams), who is amongst the few circus-folk who are actually kind and accepting of the “Freaks”, begins a relationship with Phroso the Clown (Wallace Ford). 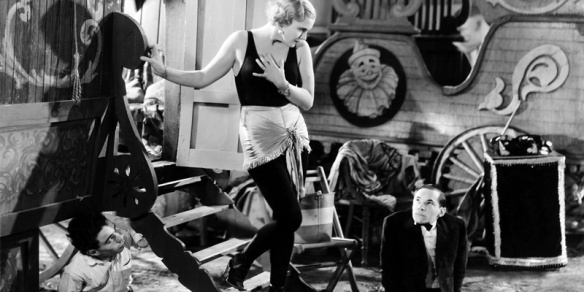 Freaks is a film that lives in infamy, so when it was nominated for me to watch this year by Nick Jobe of Your Face!, I was looking forward to finally seeing what the fuss was about. Granted, I knew a great deal going in, such as the folks in the film were portrayed by real-life carnival performers with real deformities, and sadly I not only knew had happened at the climax, but I’d also seen a picture of it, which is a shame because it relies on shock and surprise, and is the hyped-up money shot that the whole film leads up to. Regardless, this is certainly an interesting movie, although I think its reputation is courtesy more on what is depicted in the film than the quality overall. 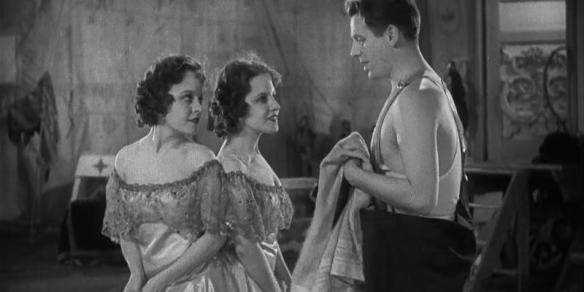 I feel like this is a film designed to showcase these unusual people and the skills and talents they possess, pushing the moral that although they look different they are people too, with similar hopes, dreams and feelings as everyone else, and a fairly loose plot was sketched around it all. This isn’t a film to watch for the story, it’s something to watch if you want to see a man with no arms or legs (known as The Living Torso, played by Prince Randian) lighting himself a cigarette using only his mouth, or Half Boy (Johnny Eck) running around on just his hands, because his body ends at the waist. If you want to watch not one but two different women with no arms drinking using their feet then this is the film for you, and all these little vignettes are fascinating. As is the sub-plot involving conjoined twins (Daisy and Violet Hilton) marrying two different men and the problems that arise with that situation. It’s just there wasn’t a lot of meat to join it all together, despite clocking in at just 64 minutes long (an original cut of 90 minutes apparently showed more of these skills off – The Living Torso somehow rolls his own cigarette too – but was edited down). The side plot of Venus and Phroso (who I was disappointed to find out wasn’t named Frozone) seems tacked on to give something halfway romantic for the punters not interested in the eponymous “Freaks” to pay attention to.

However, I’m still going to recommend the film as a whole. There’s some great imagery, especially towards the end, with the various “Freaks” culminating around Cleopatra’s wagon, sitting and staring in silence, before an unexpected action set piece occurs in the midst of a violent storm. Also, there’s the infamous “One of us!” dinner scene referenced in, amongst other things, The Wolf of Wall Street, in which all the performers try to allow Cleopatra to join their club in a very cult-like manor. 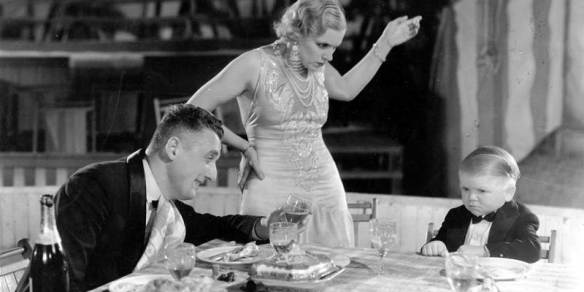 Don’t go in expecting a masterpiece. It’s very evident that a lot of the actors are not, in fact, good at acting, though they give it a good shot and aren’t unwatchable. In fact, it’s hard to tear your attention away from the screen, making the film compelling if not exactly technically proficient.