Sleep. Yes, I’m still on that topic. I’m pretty sure I think about sleep more than I actually partake in it, hence why it’s the subject of my opening paragraph two weeks in a row. After last week’s lamentation of its necessity, this week I’m celebrating it, or more to the point how much of it I’ll be getting tonight. You see, normally I stay up late most nights and get up early and grumpy the next day. Since we got Murphy, I unwittingly and unknowingly pulled the shortest straw in history by somehow being volunteered to walk him every morning. I’m not sure how we came to this conclusion, seeing as I start work at 8:30 am every day, after a 45 minute commute via bicycle, whereas my partner starts at 9:00am after a ten minute drive, yet still I’m the one who walks him. I don’t mind all that much, and heaven knows I need to exercise, but to even it out a little I’ve coerced Aisha into agreeing to walk the furry little beast twice a week, so every Tuesday and Friday I’ll be getting an extra half an hour in bed, starting tomorrow. And to fully take advantage, tonight I’ve also showered and made my lunch for tomorrow, to reduce the number of activities required pre-work tomorrow morning. If there was some way I could eat my breakfast tonight, I’d do it. As such, there’s a very real danger that tonight I’ll be getting a full 8 hours of sleep, and on a week night no less. I genuinely don’t know the last time that happened. As such, I’m going to rattle on through this post before being welcomed into the loving embrace of my bed. Here’s what I watched this week: 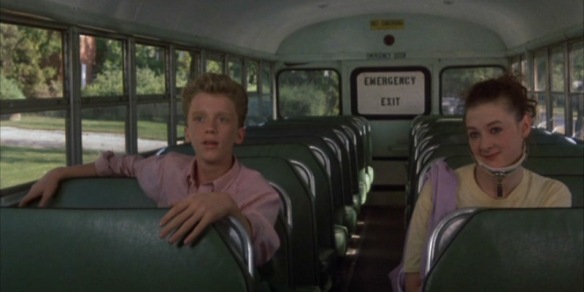 This weekend’s Lambcast is a John Hughes Retrospective, for which we’ll be looking at all eight films that Hughes directed, half of which I’ve never seen before, starting with his debut, Sixteen Candles. Jesus, Anthony Michael Hall’s a bit rapey in this. I had no idea of the plot going in, and was actually expecting Pretty in Pink, which I’ve also never seen  but I know it features a lip-syncing John Cryer and Harry Dean Stanton as Molly Ringwald’s father, neither of which can be said for Sixteen Candles, which sees Ringwald’s family forgetting her sixteenth birthday on the eve of her older sister’s wedding. I found the whole middle section odd, in which Ringwald’s character is ignored in favour of a party attended by Hall’s nerdy virgin and Michael Schoeffling’s Jake Ryan, the object of Ringwald’s offections, but overall this was an unexpectedly decent watch. I’m infuriated by the fact that the closing shot of the film is on the DVD menu, but there we go.
Lists: None
Choose Film 7/10

Nominated for me to watch by Elwood Jones of From the Depths of DVD Hell and the Mad, Bad and Downright Strange Showcase, it seemed only right that I discuss it with Elwood on an episode of his podcast. That show won’t be released for a few weeks/months yet (he is wiser than me, in that he has some shows stored up to cover the dry spells), but for now I’ll be writing a full review of Russ Meyer’s ode to cleavage in a few days.
Lists: Nominated Movies, 1001 Movies You Must See Before You Die
Full review coming soon.

Also watched for the upcoming John Hughes Director Retrospective as well as the episode of the Mad Bad and Downright Strange Showcase, I still love this movie, and will be reviewing it more fully here soon.
Lists: 1001 Movies You Must See Before You Die, Empire’s Top 500, Empire’s Top 301
Full review coming soon. 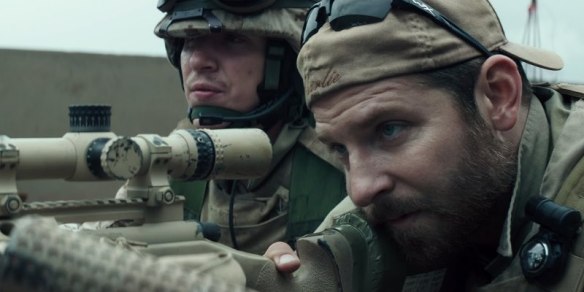 I wasn’t looking forward to seeing American Sniper. I didn’t expect it to be terrible, I just expected it to be another war movie about a guy struggling to come to terms with life outside of warfare, and I was right. Pretty much everything here was done better in The Hurt Locker. Bradley Cooper is good-but-not-amazing as Navy SEAL Chris Kyle, the deadliest sniper in American military history, but there was a lot missing from the story overall to make it compelling. I could have used more Sienna Miller, who was surprisingly effective as Kyle’s concerned wife back home, and proves she’s more than just an incredibly beautiful actress by handling the emotional scenes very well, especially a phone conversation that becomes one-sided far earlier than planned. The end of the film felt very abrupt and jarring – I didn’t know the full facts before going in – which perhaps was intentional given the nature of what happens, but elsewhere many elements felt manufactured and structured to better suit a narrative than the real life they were based on, such as Kyle’s rivalry with an enemy sniper, who in reality he apparently never actually encountered. Ordinarily I wouldn’t mind slight bending of facts to make a story more entertaining and engaging, but when such a big deal was made of adapting the true story of a very recent prominent figure, it seems disingenuous to change such large portions of his story. I can understand why this was nominated for most of the awards it was earlier this year, but I’m not surprised by how few it won. If this makes it onto the 1001 List later this year I’ll be annoyed, not just because it doesn’t deserve a place, but also because I’ll then need to watch it again because I don’t feel strongly enough about any part of it to write a full review now.
Lists: 2015 Movies
Choose Life 6/10

Suggested as a “Bad” movie by Steve and Chip, I didn’t hate it but I didn’t understand it either. This has been sat on my TiVo for a while and I’d been dreading the watch, but now it’s deleted I can safely move on.
Lists: 1001 Movies You Must See Before You Die, “Bad” Movies, TiVo Movies
Full review here.

Posts you may have missed:
Mrs. Miniver
Robot Overlords
Reversal of Fortune
El Topo
The Film Pasture, Season 3 Episode 3, Trivia Show: I love trivia and movie-based games, so when Vern and Emma asked me to take part in their first trivia contest I jumped at the chance. It was a Guys vs Girls show, with myself, Todd and Elwood taking on Kristen, Nikhat and Zoe, on questions that were a bit more horror-skewed than I was either expecting or hoping. I won’t reveal the outcome, but it was a close one, and I hope to return some time for their next trivia show.
Lambcast #282, Mission: Impossible Franchise: I was joined by Todd, Brendan, Courtney and David to run through the whole Mission: Impossible franchise.

Aim: Review Kate Winslet’s remaining films
Reviewed: 2
To go: 1
Should be on: 2
On Track: Yes!