John Shaft (Richard Roundtree) is a private detective in New York City. Apparently he’s cool, tough, a sex machine with all the chicks, he doesn’t take orders from anybody, but he’d risk his neck for his brother man. People talk about him, and ask others if they can dig it. I’m not entirely sure what “it” is in this scenario, but whatever. A Harlem crime boss named Bumpy (Moses Gunn) tries to recruit Shaft to track down his kidnapped daughter, whilst the police, primarily Lt. Vic Androzzi (Charles Cioffi), needs Shaft to get information on a burgeoning gang war between the African American gangs and the Italian mobs. 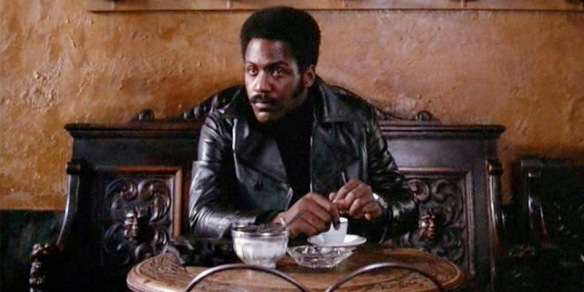 This film was nominated for me to watch by Nolahn from Your Face! and The Lair Of The Unwanted. I’m pretty sure it’s the first proper blaxploitation film I’ve seen, unless you count the parody Black Dynamite, which I’ve seen and loved. I was expecting a less comedic version of that, but it turns out when Dynamite was paying homage to cheaply made, poorly produced and badly acted nonsensical cult works, these did not include Shaft, which is actually a pretty competent and gripping detective story that just happens to have the single coolest protagonist in possibly all of cinema. 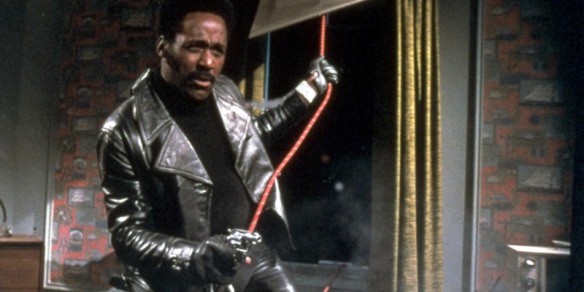 How cool? So cool he thinks nothing of jumping through a window on a rope, gun in hand and hair, moustache, sideburns and glorious leather coat utterly unaffected. So cool he doesn’t wait for traffic to stop, he just strolls right through it. So cool he keeps his gun in the fridge. OK, he’s not the greatest guy in the world, as he has no qualms with sleeping around on his girl with any strange women who show interest, and he laughs raucously at his own jokes, but Roundtree makes Shaft so likeable and smooth that we just don’t care. 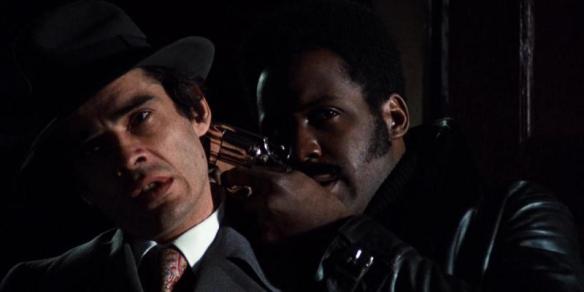 As is often the case with convoluted detective stories it didn’t take long for me to get a little lost, something that was exacerbated by what Airplane! called “talking jive” which, sadly, I don’t. A lot of the characters were introduced without specifying what kind of level they were within their respective hierarchies, so I was often unsure who was doing what, to what end and for whom, but I got the overall gist. Also, other than Shaft no-one else has much of a character, but that just makes Shaft stand out all the more. There’s a great deal of walking around the streets with the funkiest of 70s soundtracks out there, which was always fun, and a few too many instances of people being rendered unconscious after a light tap on the head, but overall this was a far better film than I’d expected. The climax in particular, with Shaft and his crew all steadily and stealthily getting into position to pull off a simultaneous explosive manoeuvre, was great.