I love podcasting, I really do. Recording the weekly Lambcast is amongst the highlights of my week, even when the calls drops a dozen times and Skype needs everyone to update at varying points during the show, I still love doing it. So much so that I often think about starting new podcasts. I think it’s a common issue once you’ve caught the podcasting bug, and the trick seems to be keeping that desire contained and constantly reminding oneself that there’s just not enough time in the day. Fortunately I’ve never been one to let my desire to do something have any impact on whether I’ll do it or not. If I could though, oh if I could. I’d podcast for a living if I could make it work. I’m particularly a fan of the Movie Minute podcast format, wherein films are looked at a minute at a time on a daily basis. So far I’ve listened to Star Wars Minute (Episodes 4–6, currently nearly finished The Phantom Menace) and Goodfellas Minute, and I’m 40+ minutes into Back To The Future Minute. Gutterballs looks at The Big Lebowski a minute at a time, always spending well over an known looking at each minute with the various tangents that come along, and they don’t release that on a daily basis (they’ve been going since 2012 and haven’t finished yet) so I’ve not listened to much of that one just yet. Obviously I’d love to start Jurassic Park Minute. I think about this often, daily sometimes. But I just do not have the time. As with Star Wars and Back to the Future, the plan would always be to move onto the sequels, and as much as I dislike Jurassic Park 3 I’d still love to spend months really digging into my problems with it and trying to find positives. And once I’d finished Jurassic World Minute I’d move on to something else. Probably Pixar Minute, starting with Toy Story Minute and continuing right through them all, even Cars 2 Minute. 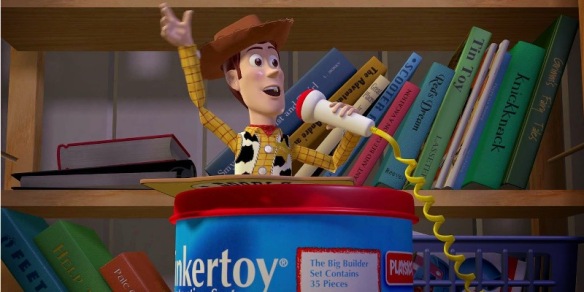 The other show I’d love to do, and this is one that got closer to happening – we even recorded a jingle – is Jay and Robert Talk Time Travel (JARTTT). The jingle was the title, sung to Troy and Abed in the Morning from Community. This would have been a show recorded every 2 weeks, looking at a different time travel movie each show. My co-host would have been Robert Zerbe from To The Escape Hatch, who was my co-host for a spell over on the Lambcast. He and I both obsess over time travel movies, and there’s a heck-load of them we could talk about, from Primer to Looper through Teenage Mutant Ninja Turtles 3. Again, it’ll never happen, at least not whilst I’m hosting the Lambcast and running this blog. Sometimes I think I’d have just about enough time to stay on top of everything if I dropped the blog and the podcast. That might give me a chance of keeping the dog walked and fed, house tidy, DIY in hand, garden in order and possibly even allow me the chance to go for a run now and then and go out once in a while. Instead all of the above, including the podcast and this blog, receives a rotating degree of being ignored every now and then. Such is my life. Anyway, here’s what I’ve watched this week:

I had no interest in seeing this upon release because I have no interest in the subject matter, but as you’ll see from an upcoming review I appreciated this film far more than I was expecting to.
Lists: 2015 Movies, Kate Winslet Movies, Aaron Sorkin Movies
Full review coming soon.

The second longest film I had left to review has been crossed off! At almost five-and-a-half hours long this was an epic struggle, and you can read all about it in my write-up over at Blueprint: Review.
Lists: 1001 Movies You Must See Before You Die
Full review here.

Toni Collette and Drew Barrymore play women who have been best friends since they were kids and have always done everything together, until the day Collette’s Milly is diagnosed with cancer, around the same time Barrymore’s Jess finally succeeds in becoming pregnant with her husband Jago (Paddy Considine). Milly is already happily married to Kit (Dominic Cooper) with two young children. It was clear this was going to be an inevitable tear-jerker, and it certainly succeeded on that front with my partner, but I never really got into it. The acting was great from the four leads, and the story all made a lot of sense, but it was far too predictable in every sense, and followed a cookie-cutter outline that could have been pre-written knowing just the premise. Then again I’m not really the target audience, so you shouldn’t really look to me for a reliable recommendation on this one.
Lists: 2015 Movies
Choose Life 5/10

Posts you may have missed:
1900 (Novecento)
The Exterminating Angel
The Godfather
Lambcast #317 Female-Directed Movie Draft: I was joined by Nikhat Zahra, Mette Kowalski, Nicole Ayers and Todd Liebenow to discuss movies directed by women, and compete picking the best “Team” of them.

Aim: Review 2 “Film-Makers” movies each month
Reviewed: 6
Should be on: 8
On Track: No!