In 1919 several young men develop and nurture a passion for running, and all aim to compete in the forthcoming Olympics in Paris in 1924. Amongst them are the Jewish Harold Abrahams (Ben Cross) and his friends at Cambridge (Nicholas Farrell, Nigel Havers) and a Scottish former rugby player turned Christian missionary Eric Liddell (Ian Charleson). 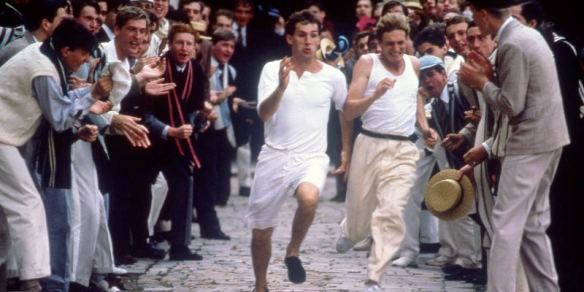 I’ve discussed in reviews before how some moments from film latch their tentacles into popular culture in a way that, with hindsight, seems inexplicable. Take Chariots of Fire, for example. Please. I don’t want it. Take it away. There is one utterly iconic moment that it would be impossible for me not to know before watching the film, and that’s the group of runners, all dressed in white, running along the beach with Vangelis’ electronica playing in the background. It’s so well known Danny Boyle parodied it, with assistance from Rowan Atkinson, in the opening ceremony of the 2012 London Olympics. That’s all I knew about this film, that it was about running, and at some point some guys ran along a beach. For all I knew the rest of the film was Rocky III. As it turns out it is about running, but the beach scene seems inserted purely to become a memorable image, acting more as a scene to place credits over and single out individual actors than anything else. And as for the rest of the film, well I think it’s pretty terrible. 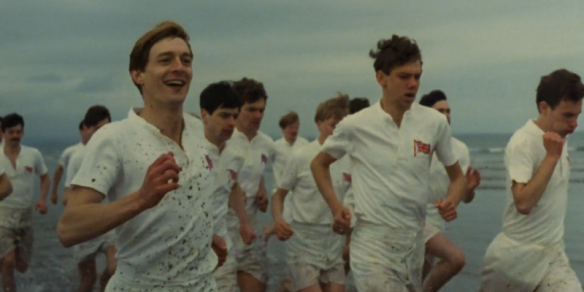 For starters, despite being a film about running it moves at such a slow pace and spends too much time going round in circles that it may as well be about the discus. It’s a little over two hours long, but it feels like so much more. After an hour of watching not a great deal happen I felt like I’d run a marathon, so exhausted was I and unwilling to continue. The score is a monstrous, punishing affair, with bursts of dub-step inspiring lunacy and disco nonsense entirely out of place. Bear in mind the majority of this film takes place in the early 1920s and tell me why so much of it relies on the synthesizer. Most frustratingly though, is the plot, which establishes a rivalry between the two leads, Abrahams and Liddell, but never, ever resolves it. Now granted this is a true story depicting actual events, but given the lack of closure in the real events, it begs the question as to whether this story was worth making in the first place. Sure there are issues discussed of religion and prejudice and how they affect goals and ambition, but I felt they didn’t amount to a great deal either. 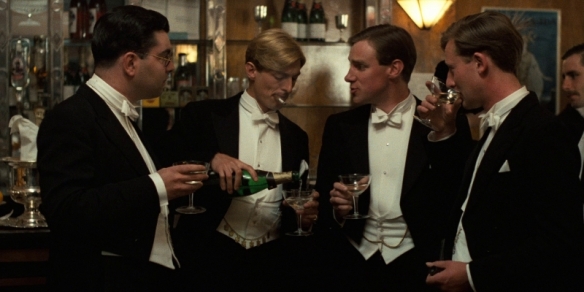 I’m assuming 1981 wasn’t exactly a banner year for movies, because somehow this was nominated for the Oscar for Best Picture, and even more ludicrously it won, despite a little film called Raiders of the Lost Ark being nominated alongside it. You know, that practically-perfect-one-of-the-hands-down-greatest-movies-ever-made picture? Unbelievable. How this abominable score won an award as well I cannot say. 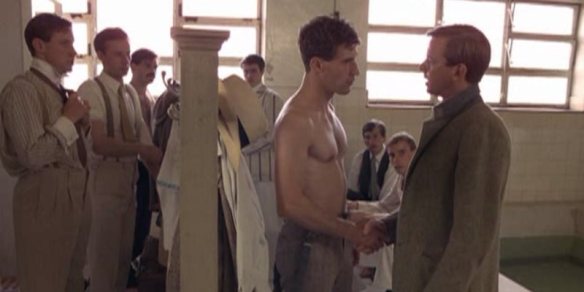 The best thing I can say about the film is with regards to the supporting cast. The lead actors are both fine, no problems there, but when the supporting roles are filled with the likes of Nigel Havers, Ian Holm, Richard Griffiths and John Gielgud, well there’s no hope for anyone outshining them. And apparently – though I didn’t see them – Ruby Wax, Kenneth Branagh and Stephen Fry are all in there somewhere too, though the latter two are essentially extras or bit players amongst the crowds. The period detail was also interesting – at the start of an Olympic race the runners bring out a trowel to dig their own starting block, making me think for a moment this might be a speed brick-laying event – but overall this was a dreary, seemingly endless film with no resolution and soooooooooooooooo muuuuuuuuuuuuuuuuuuuuuch slooooooooooooooooooooow moooooooooooooooooooootiooooooooooooooooooooon.

2 thoughts on “Chariots of Fire”