It was my birthday this past weekend, during which I turned 30 and have been reliably informed that my life has peaked, and everything past this point is just sorrow and pain, so hurrah for that. As I have been occasionally known to do on my birthday, I gave my self a gift that will make my life harder in the form of another list to wade through upon this very site. It’s another list by Empire magazine, who have once again taken a poll of their readers and compiled a voted-for list of the top 100 movies of all time. It’s not terribly different from the last time, with only four added movies, all of which I’ve seen and some I’ve reviewed. However, they spiced things up by approaching a heap of active directors and requested their personal top 10 lists too. Some took it seriously and gave their top 10 film lists, many of which contained films I’d never heard of but look forward to seeing at some point, but other directors went a bit nuts. Edgar Wright, for example, gave a list of 40 movies including Thunderbolt and Lightfoot, The Last of Sheila and Phantom of the Paradise. Adam Wingard’s top 15 includes Dick Tracy, Gerry and Teenage Mutant Ninja Turtles. Matthew Vaughn submitted a list of ridiculous length, separated into genres, with the action section regrettably containing Rocky I-IV, and comedy including an entry that reads “A melange of the Pink Panther movies”. Most annoying is Garth Jennings, who took the top 10 in a different direction by just naming films with the numbers one to ten in the title. Some are great – One Flew Over The Cuckoo’s Nest, Three Amigos, Seven – but then there’s also Four Brothers, Five Children & It, Nine, etc. Thanks Garth, now I like Sing even less! Anyway, that’s enough of that, let’s get into the movies I watched this past fortnight.

In preparation for the Lambcast’s 1987 Movie Draft held last week (go vote for my team here). I’ll be reviewing this soon. I really liked it, can absolutely relate to Albert Brooks (especially with regards to the sweating) but didn’t think it would garner me as many votes as The Running Man.
Lists: 1001 Movies You Must See Before You Die, Empire’s 5-Star 500 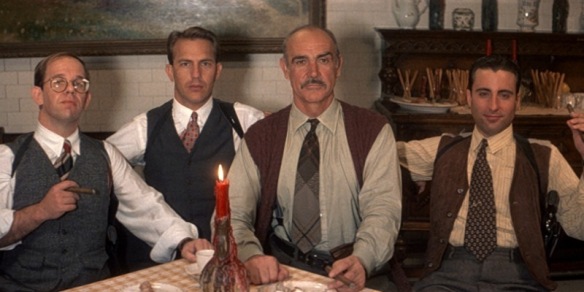 As with Broadcast News, I watched this for the ’87 draft, liked it, will be reviewing it soon, but did not pick it.
Lists: 1001 Movies You Must See Before You Die, Empire Top 500, Empire Top 301 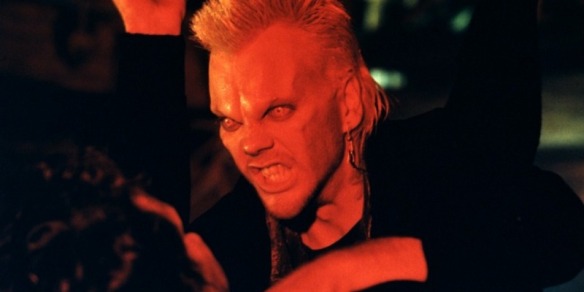 Again, this was watched for the ’87 draft, but unlike the previous two movies I didn’t like it all that much. Still, it appears on two of my lists (TWO?!?), so expect a review eventually.
Lists: Empire Top 500, Empire Top 301
Choose /10

Normally on my birthday I like to go to the cinema, but given the past few years have led to disappointing viewings (How To Train Your Dragon 2, Mission: Impossible – Rogue Nation and Finding Dory didn’t live up to their respective hypes on the day, though I’ve come to appreciate them all more since), and the only viable option was the divisive Valerian and the City of a Thousand Planets, this year we stayed in and watched Patriots Day instead, and I think it was a great choice. Whilst not necessarily being the most fun-filled of films, it was gripping and very emotional. It depicts the events around the Boston Marathon bombings in 2013, a tragedy closer to me than you might expect given that my parents were in Boston at the time, staying in a hotel just a couple of blocks from the bomb site. The cast is impressive, with Mark Wahlberg in the lead and John Goodman, Kevin Bacon, Michelle Monaghan and J K Simmons in tier one support, plus a cornucopia of know-the-face actors rounding out the roster. A great many minor and tangential people are shown – most of them based on the real citizens whose lives were forever impacted by the events – and pretty much all of them are shown respectfully, and are all allocated an amount of screen time that neither feels excessive nor glossed over, which is especially impressive given how many strands are handled throughout the film. It’s not entirely factual, as the Mark Wahlberg character is an amalgam of various others, which is why he’s at the forefront of most of the developments, but other than that I think most of what is shown is accurate, based on reports from the time. It would have been nice for Michelle Monaghan to have had a little more to do other than be worried for her husband’s safety, but given how much else is going on it’s understandable. And yeah, the room got pretty damn dusty come the close.
Lists: 2016 Movies
Choose Film 8/10

Seretse Khama (David Oyelowo) was the heir to the throne of Bechuanaland (now known as Botswana), but studied law in London, where he fell for and married office worker and former wartime ambulance driver Ruth Williams (Rosamund Pike) in 1948. Their mixed-race marriage caused a myriad of problems for pretty much everyone, and this film tells that tale. The two leads are great, but all the supporting British characters come from the cardboard cut-out of set-in-their-ways English twats, be it Jack Davenport, Tom Felton, Nicholas Lyndhurst or any of the other countless disapproving toffs. It’s purposefully aggravating to witness the racism and xenophobia on display, and even more so to know that it still exists today, indeed amongst some of the older members of my own family (an elderly relative once assured me that I’d be written out of their will if I “turned out queer” or “married a darky” [apologies for the terms]). A United Kingdom isn’t as groundbreaking as the story it tells, but it’s a solid depiction of an under-discussed slice of history, and the relationship at its centre is nothing short of beautiful.
Lists: 2016 Movies
Choose Film 7/10 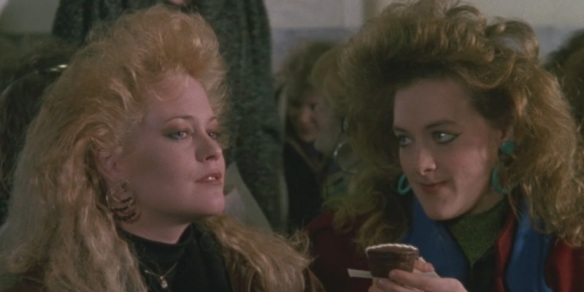 Watched for the upcoming Harrison Ford draft on the Lambcast (I really like the draft shows, alright?), this stars Melanie Griffith as Tess, a secretary unwilling to sleep her way to the top, who comes up with a novel idea and presents it to her boss Katherine (Sigourney Weaver), who plans to use it as her own. However, when Katherine brakes her leg skiing and Tess catches her boyfriend (Alec Baldwin) cheating, Tess seizes an opportunity and moves into her boss’ job, apartment and life, attempting to make a name for herself with the help of Harrison Ford’s executive, Jack Trainer. I didn’t expect much from this, but ended up having a great time despite the entire plot being incredibly predictable. Griffith is great in a role that at times seems terribly acted, but is actually part of the character’s own nervousness at her situation. Weaver makes a decent villain, and Ford is often supporting comic relief, which he does incredibly well. The supporting cast is terrific, including brief roles for Oliver Platt and Kevin Spacey, but the stand-out is Joan Cusack, or rather Joan Cusack’s hair. My fiancee once needed a film that showed 80s fashion for a university project, and I deeply regret not knowing of this film back then because it would have been perfect. Every time Cusack appears on screen her impossibly ginormous hair has grown larger and more ludicrous, and it’s always a joy to see. For a female-led romantic comedy I was surpised at how much of Griffith’s flesh was on display – there’s at least three scenes where she’s wearing skimpy lingerie, and another where she is cleaning an apartment entirely naked for no reason whatsoever – so I can only assume that was an attempt to get more otherwise unwilling men in the audience. Regardless, this is a fun movie, and one I’ll be considering picking in the upcoming draft.
Lists: None
Choose Film 7/10

Posts you may have missed:
Free Fire review for Blueprint: Review
Lambcast #385 – 1987 Movie Draft: I was joined by Dylan Fields, Nick Rehak, Todd Liebenow and Richard Kirkham to compete in building the best team of movies released in 1987. It was a fantastic show, and I heartily recommend everyone listen to the immense fun we all had. Also, vote for my team.