Before the outbreak of World War 3, a young boy had a vivid experience wherein he witnessed a man dying at the end of a pier, but it was the expression on the face of a nearby woman that has become indelibly lodged in his brain. Years later, in a post-apocalyptic world where the only survivors live underground, scientists experiment on others in an effort to find someone who can assist with humanity’s predicament by going back in time to before the cataclysmic events.

Twelve Monkeys is the Movie of the Month over at the LAMB, and seeing as it was heavily influenced by the story of La Jetee this seems the perfect time to review it. Technically I have tried to do this before, but it was during one of the many periods where I would watch lots of films from the 1001 List, but never got around to actually reviewing them, so by the time I had a chance to sit down at a keyboard all memory of the film had vanished, so this second viewing was almost like going in entirely afresh.

My theory behind why the film made such minimal impact upon me was that it’s made entirely of still photographs with a rather dry narration. The static nature of the images makes the whole ordeal feel like an opening credits montage, something my brain automatically attempts to filter out until the good, literally moving footage comes along. I’m unsure why director Chris Marker opted for still photographs instead of moving images, unless it was to prove that a narrative story could be told without the need for any moving images. In my opinion it’s a detriment to the story and nothing more than an artistic gimmick. I am impressed with the level of emotion conveyed by the actors through the still photos, but it’s still less than what could be achieved with movement and actually having the actors saying dialogue to each other, rather than letting everything be explained by a distant, passive third party. 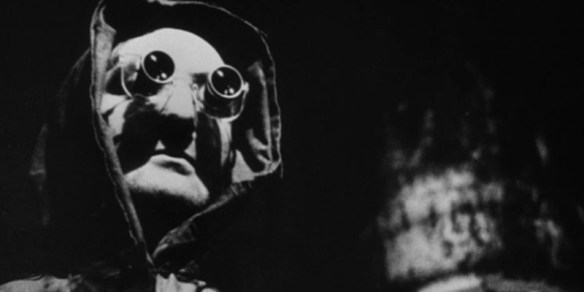 Story-wise I approve of the overall layout and the climax, but if you’ve seen Twelve Monkeys then you’ve witnessed the far superior version of events. Part of me likes to think that La Jetee is actually the result of a competition wherein the entrants were all given the same selection of photos and had to construct them into a narrative. That could be an interesting experiment, especially when contrasting the various outcomes. As it is this is an artistic demonstration that movement isn’t necessarily required for a film, but is most certainly preferable.