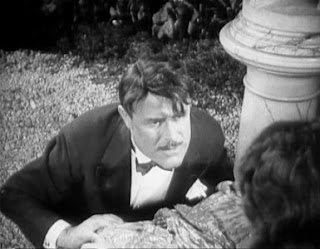 You know the feeling, you’re trying to plan a party, deciding whether to have six singers in front of a microphone or 60 singers 10 kilometres away, when you go upstairs and there’s a cow in your bed. Just an everyday occurrence, I know, but still a little annoying. And then during your party, the man you so desperately want to be with (seemingly John Lithgow doing a Dick Dastardly impersonation) is prevented from being with you, by a woman who spills his drink of him and a man shooting a small boy several times outside. Finally, the two of you are able to sneak off and suck each other’s hand whilst rolling around in the gravel, but all he seems interested in is a statue’s foot, so obviously when he’s called away to scream at the Minister of the Interior, you suck said stony appendage until he returns, when you rejoice about having killed your children. And of course, when the orchestra conductor interrupts you while clutching at his head, your man storms off to shred your pillows, and throw them, along with a burning tree, various items of furniture including a full scale wooden giraffe, and possibly the Pope out of a window. 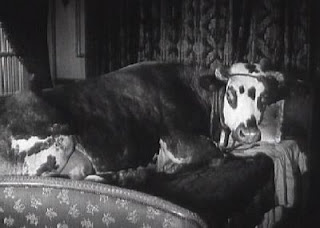