It’s that time of year again, and the new edition of the 1001 Movies You M

ust See Before You Die book has been released. However, instead of the usual 10-15 films from the past year being added, the book has been subjected to a much-needed overhaul, and in fact closer to fifty new entries have been added. I’ll update my master List page in due course, but for now here’s the new films that have been added, and my thoughts on them so far (if any):

1924 The Great White Silence – I’d heard of this film on a podcast recently, as being one of the earliest examples of a documentary. I made a mental note there and then that it was odd not to have been included on the List, so it’s good to see this one rectified.

1926 The Adventures of Prince Achmed – A silent animated film. Could be interesting.

1931 Limite – A film set in a boat, with characters recollecting their lives. They don’t have names. I’ll probably hate this film.

1934 The Goddess – A Chinese drama film. On the surface it doesn’t sound all that special, to be honest.

1935 Peter Ibbetson – Gary Cooper plays an architect who dreams of a romance, or something.

1938 The Lady Vanishes – This Hitchcock film was already on my Empire Top 500 List, and my Alfred Hitchcock List, so it’s inclusion here makes little difference to me.

1942 Mrs. Miniver – The first few months of World War 2, from the perspective of a British family. I like WW2 films, and this one could be informative and interesting.

1953 Summer with Monika – I’ve yet to see an Ingmar Bergman film I’ve really appreciated. Maybe this will change that. I live in hope. 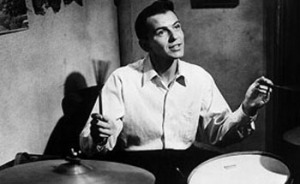 1955 The Man with the Golden Arm – I actually bought this Frank Sinatra film on DVD recently, as I thought it was already on the List. I was wrong, but now I’m right, huzzah!

1955 Oklahoma! – A classic musical, featuring a song that I only know as it was used in Twister. My knowledge of this film ends there.

1957 Some Came Running – A Frank Sinatra/Dean Martin film. Martin is hit or miss in my opinion, but I like Sinatra as an actor.

1961 The Exiles – The kind of aimless film that follows everyday of lives of a small group of pople – in this case Native Americans in Los Angeles – that I generally don’t get on with.

1971 The Hired Hand – A Peter Fonda western. I’ve loved the few Fonda films I’ve seen, so I hope to add this to that list.

1973 F for Fake – Orson Welles is an actor/director I should know more about, I feel, so this gives me a chance to fill in another gap.

1977 Sleeping Dogs – Unfortunately not the Bobcat Goldthwaite bestiality story, this instead sees Sam Neill get drawn into a political struggle.

1979 Christ Stopped at Eboli – Two and a half hours of an Italian painter learning to appreciate things. Sigh.

1982 The Draughtsman’s Contract – It’s high praise indeed for IMDb to say that if you like this story of an artist given to a new contract, then you’ll also like Citizen Kane. It’s a fair comment though, everyone should like Citizen Kane.

1983 Local Hero – I watched and reviewed this a couple of years ago as it appears on both the Empire Top 500 and the Empire 5-Star 500 Lists, but that time around I didn’t really rate the film too highly. My boss raves about it, though, so I think it’s due a second chance.

1987 RoboCop – Also on a different list, and also a film I’ve been meaning to give a second viewing for a long time now, especially with the upcoming release of the remake.

1987 Wall Street – Again I’ve seen it, but not for a really long time. Looking forward to catching it again. 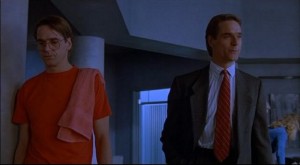 1988 Dead Ringers – I do like some Jeremy Irons, and here you get two for the price of one. Looking forward to watching it, been meaning to for some time.

1988 Distant Voices, Still Lives – It’s already on the Empire Top 500, but I don’t know much about it. It stars Pete Postlethwaite though, which is only ever a good thing.

1989 Field of Dreams – I’ve seen it before and wasn’t blown away (it’s a sports movie, that could be why), but maybe I’ll see more to it this time.

1999 Toy Story 2 – I was pleasantly surprised to see the entire Toy Story trilogy gaining a place this time around. I love all the films dearly, particularly number 3, but I can’t really see the justification of including them all. That being said, I cannot recommend these films enough to those who haven’t seen them.

2002 Bowling for Columbine – I’ve somehow never seen a Michael Moore documentary. Now I can change that.

2003 Aileen: Life and Death of a Serial Killer – Seriously? There’s now two documentaries on this subject in the list? Yes, I’m aware that The Selling of a Serial Killer was removed to make way for this one, but that doesn’t exactly help those of us who are watching them all, does it?

2003 Elephant – I’ve been looking for an excuse to watch this film again for a while. I don’t remember much about it, but it seems a good fit for the List.

2003 Osama – A young girl in Afghanistan pulls a Mulan and pretends to be a boy, so she can provide for her family.

2004 The Consequences of Love – Sounds like a coming-of-age story about a shy man falling in love with a barmaid.

2004 Moolaade – The description involves the phrase “female genital mutilation,” so I’m guessing this won’t be an easy watch.

2010 Cave of Forgotten Dreams – I’ve heard a fair amount about this Werner Herzog documentary, but I can’t say I’m overly excited about anything other than his narration.

2012 Amour – I had hoped against hope that Amour wouldn’t be included this year, but deep down I kind of knew it was going to be. I’ve heard nothing that makes me want to watch this film. It sounds dreary, dull and depressing as hell, as you watch an old person die for a few hours. Yay.

2012 Argo – The latest Best Picture Oscar winner was the second most obvious inclusion on the List (after the front cover was announced), and even if it hadn’t won I’d still be happy with the inclusion.

2012 The Cabin in the Woods – Possibly my favourite inclusion of the year. My number one film from 2012 didn’t stand a chance, I’d thought, but I’m oh so very happy it’s here.

2012 Django Unchained – I wasn’t sure Tarantino’s latest would make it either, but I have no qualms about it. I look forward to the re-watch.

2012 Les Miserables – Though it was hardly critically acclaimed, once I got past all the singing (it took about 25 minutes or so) I was fully on board with this film. A worthy addition, and I can’t stop listening to the soundtrack.

2012 Life of Pi – It’s on the cover, it won lots of awards, pretty much everyone loves it, but I missed it, despite thinking the book was great. Expect a review before the end of the year.

2012 Lincoln – I’ve been bizarrely craving a re-watch of this largely dialogue-driven Spielberg effort since I saw it in cinemas. I didn’t love it, but it was interesting, educational, featured some highly impressive acting even outside of Daniel Day Lewis, and it was utterly beautiful too, despite the focus being mostly facial hair and dust.

So are there any glaring omissions? Well, frankly, yes. For starters, there have only been 8 films added from 2012, whereas the number added each year is normally closer to 10 or more (although some years have also received as few as 8). I was expecting a couple more entries, possibly a documentary such as The Imposter or Searching For Sugar Man, both of which I’ve heard great things about, or the smaller film Beasts of the Southern Wild, which I’ve been putting off watching as I anticipated it’s inclusion on this year’s list. Also, there’s the small matter of one of the biggest films of all time, The Avengers, and the modern sci-fi classic that is Looper, both of which should have been at least contenders for places. Elsewhere, there’s still a great deal of films from past years that I’d desperately hoped would be included. Films like Tron, A Few Good Men, After Hours, the Disney version of Beauty and the Beast. Also, there’s still nothing from either Edgar Wright or Aardman! Come on!

My thanks to the other members of the 1001 Movies club for their researching of the List, especially Chip and Steve.