Hi folks, this isn’t going to be a huge review, I just have some thoughts on this film, and find myself lucky enough to have a blog upon which I can write them. I was supposed to be on (and host) an episode of the Lambcast which will be published very shortly on this topic, but alas life got in the way and I couldn’t make it to a screening in time (many thank to Robert for filling in) but I have now seen the film (in order to edit said podcast episode). 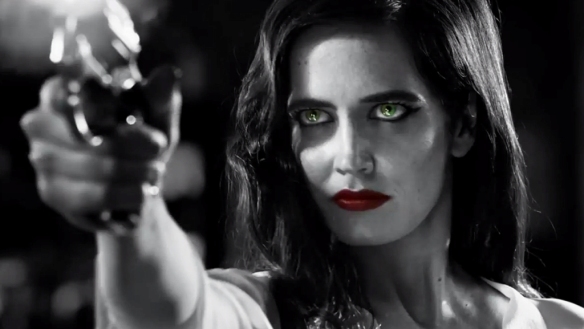 I was very much looking forward to the film – it was placed very highly on my most anticipated movies of the year list earlier this year, and remained in my Top 5 even at the mid-year point, so expectations were high. I’ve got all the graphic novels, having read them multiple times, and was excited to see one of the best – A Dame to Kill For – brought to the big screen, and accompanied by some original material from writer Frank Miller. However, it is this new material that poses the biggest problems. You see, amongst the seven Sin City books there are five feature-length stories worthy of an adaption, and capable of holding the attention for a prolonged period of time. Three of these were the main notes of the original Sin City movie – The Hard Goodbye (Mickey Rourke vs Elijah Wood), The Big Fat Kill (Clive Owen vs Benicio del Toro) and That Yellow Bastard (Bruce Willis & Jessica Alba vs Nick Stahl). These three are gripping, entertaining, gritty and brutal stories, and would probably be the three I’d have picked to adapt. This leaves Family Values, a brief continuation of Dwight’s (Clive Owen originally, Josh Brolin in A Dame To Kill For) adventures with the Oldtown girls that I never really cared for, Booze, Broads and Bullets, an anthology of short stories that’s a really mixed bag in terms of hits and misses, and Hell and Back, the longest and most arduous of the novels, with an unattachable lead and a story that only really picks up during a couple of drug trips. Essentially, there’s only one story the original film didn’t use that was worthy of adapting, A Dame To Kill For. It’s very fortunate that the story here is wonderful, full of classic noir tropes and twisting plot turns, all revolving around the eponymous Ava. In the film, she is perfectly played by Eva Green, who clearly has no shame when it comes to showing off her body, and nor should she. Ava is the object of affection of Dwight (Josh Brolin), her old flame. Dwight thinks he knows better than to get back together with Ava, but alas he does anyway, becoming embroiled in her tangled web of deception and death with the likes of Manute (Dennis Haysbert, replacing the sorely missed Michael Clarke Duncan), Mort (Christopher Meloni) and Bob (Jeremy Piven). It all becomes somewhat messier than anyone intended, and this is easily the best segment of the film. If anything, it felt almost rushed, in order to fit in the other lesser storylines.

The first of these is a very brief pre-credits sequence involving the returning Marv (Mickey Rourke), attempting to ascertain where he obtained his coat and bullet wound. It’s a story taken from the books, but is one that barely worked on paper, where the reader has the ability to flick back and forth and work out what is going on. When filmed in a poorly edited, confusing and above all silly manner it just doesn’t work. Next up is the story of Johnny (Joseph Gordon Levitt), an ace card player out to take down Sin City’s corrupt Senator Roarke (Powers Boothe). Boothe is clearly enjoying chewing the scenery – he is the equivalent of this film’s big bad – and Levitt does cocky well, but the story is boring, and ends a long way from where it should. Similarly, the final story of Nancy (Jessica Alba), the stripper saved in the first film by Bruce Willis’ disgraced cop Hartigan, returning here in ghost form that may have taken anything up to 45 minutes to film, exacting revenge upon the aforementioned Roarke, has a lot of pointless meandering – generally involving Nancy dancing on stage – before ending with the biggest letdown in history. There was the potential for her and Johnny’s stories to merge together, with the two of them rising up, stronger when united, but this is an opportunity sorely missed. The fact that the ending of the film just flat out happens, with no denouement or closing story – see Josh Hartnett in the original movie – is the final disappointing nail in the movie coffin. 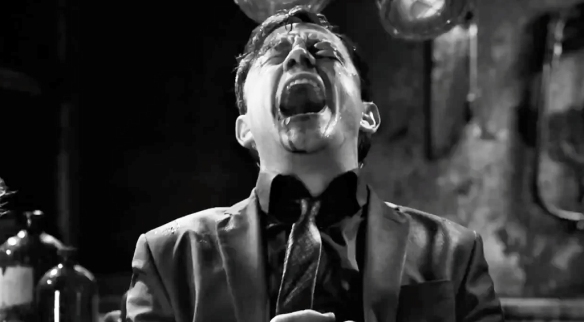 There were two major reasons I was looking forward to this. The first is the cast, which features many of the returning players from the first film, along with a fistful of new ones I couldn’t wait to see in this universe. Some have decent scenes with great dialogue and performances that utilise the actors well – Ray Liotta springs to mind, but he doesn’t have a great deal of company. Other actors fared less well, with the likes of returning faces such as Rosario Dawson and Jamie King barely getting a scene in, Christopher Lloyd and Juno Temple are wasted and Stacy Keach is buried under so much prosthetics for one tiny scene that the whole notion of casting him is ridiculous. Why Devon Aoki was recast with Jamie Chung I cannot comprehend, but at least Lady Gaga’s involvement was minimal, and not as distracting as it could have been.

Secondly, I love the visual style, of predominantly black-and-white scenes, occasionally interspersed with moments of shocking bright colours; red more often than not. Whilst this was retained, it was used to a far greater extent than in the previous film, which lessened the impact every time it occurred. Yes, Eva Green’s lips should always be red and her eyes a vivid green, but why is Johnny’s date entirely coloured in?

Finally, what this film really lacked was an iconic villain. You may say it isn’t fair to hold this film up against the first movie, but I disagree, especially when it comes to the antagonists. In the first movie you’ve got Benicio del Toro with a gun protruding from his lolling, nearly decapitated head, a silently menacing and creepy as all fuck Elijah Wood jumping all over the place and eating his victims, and Nick Stahl with a giant, swollen yellow head, rasping about raping girls because he can only get excited when they scream. To a man, they are all amazing villains worthy of a film of their own. Here, you’ve got Eva Green’s Ava, who is a different kind of villain in that she is calculating and manipulative, controlling others to do her bidding rather than getting her hands dirty. This is fine, until you’ve got Powers Boothe doing something very similar. These are two quite believable characters, with not a lot that sets them apart from anything you’d find outside of Sin City. Also, do you remember the methods of dispatch used for the villains in the first film? Of course you do. Del Toro’s Jackie Boy was brutally killed by the Oldtown girls before his body was dumped in the dinosaur-decorated tar pits. Stahl’s Roarke Jr. left a massive yellow stain on the floor he was killed on, and Wood’s Kevin was tied to a tree, arms and legs removed and being slowly eaten alive by his pet wolves. All kinds of awesome. Here? Not so much. 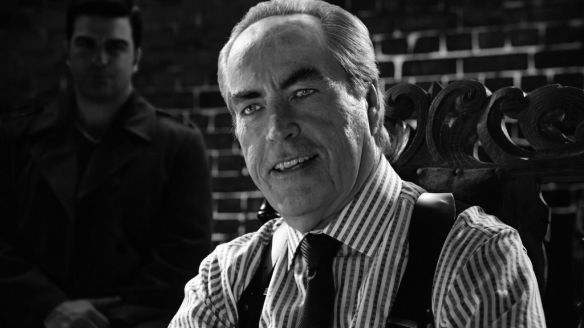 Wow, that turned out to be a much longer and rant-filled review than I anticipated, apologies for that. In short, this film was a major disappointment. It could have been so much more, if only they’d used a few more of the book’s short stories, perhaps adapted some elements of Hell and Back, and for Christ’s sake used Clive Owen when Clive Owen should have been used! The whole scene makes no sense otherwise! Also, the 3D was entirely unnecessary (I only opted for it due to a timing confusion on my part). If you must see it, just stick with the 2D. At least that’ll make it a slightly cheaper disappointment.

4 thoughts on “Sin City: A Dame To Kill For”