Ellie Andrews (Claudette Colbert) is a poor little rich girl running away from her father (Walter Connolly) in order to be with her fiancé Westley (Jameson Thomas), whom her father disapproves of. She aims to take a bus from Florida to New York, but has never had to travel alone in the outside world before. Peter Warne (Clark Gable) has just been fired from his job as a newspaper reporter and happens to be taking the same bus as Ellie, who is trying to travel incognito, without the press getting wind of her situation. Ellie and Peter strike up an uneasy agreement wherein he’ll help get her to New York if she gives him the exclusive rights to her story once she gets there, but of course that’s not how it’s going to play out in the end.

It Happens One Night was nominated for me to watch by Chip Lary from Tips From Chip, and marks currently the first and only Clark Gable movie I’ve seen. I’d no idea what the fellow even looked or sounded like before seeing this. The same goes for Claudette Colbert but, unlike Gable, I’d never heard her name mentioned before yesterday. I was looking forward to seeing It Happened One Night, as it was the only “Big Five” winner I hadn’t seen, being the first film to pick up Best Picture, Screenplay, Director, Actor and Actress at the Oscars, to be followed only by One Flew Over The Cuckoo’s Nest and The Silence of the Lambs since. As usual with these older films I can’t comment as to whether it truly deserved the award, as I haven’t seen a single other film that was nominated that year, but having just seen this one I’m happy that it ended the night victorious. 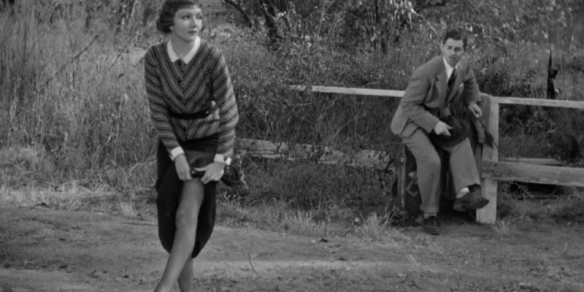 The premise here is very simple, boiling down to an odd couple road trip, and many aspects can be seen a mile away. No-one should be surprised to learn that a strong bond grows between Peter and Ellie, nor that their initial resentment and hostility towards one another eventually softens and becomes more than a little romantic. Similarly the cases of mistaken intentions and misinterpreted actions are commonplace in every film of this variety, but It Happened One Night rarely felt overly cliched, as assisted by the wonderful lead performances. As bratty as Ellie came off, and she sets out very spoiled, naive and oblivious to the dangers of the world around her – Colbert always keeps her entertaining by keeping a keen wit on her shoulders. Gable is a similar delight, particularly in a couple of one-on-one disagreements, my highlight being with a bus driver early on (“Oh yeah?”). 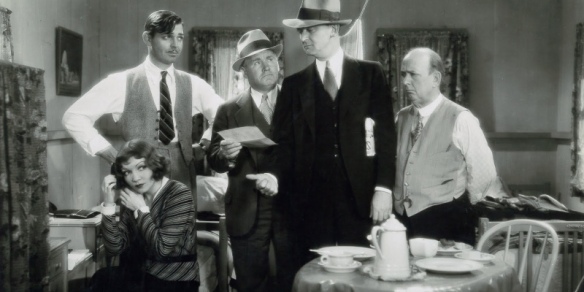 The various obstacles encountered by Ellie and Peter on their travels never felt too staged or awkwardly written in, instead they made sense for the plot and often felt natural, whereas modern comedies following a similar template often resort instead to farcical nonsense and outlandish scenarios. The only eccentricities within this world are some of the supporting characters, such as the weasel-like fellow passenger Shapeley (Roscoe Karns), the singing driver or the sitcom-henpecking wife of an overly trusting motel owner. Even the bus sing-a-long, with different passengers taking on different verses of a song about a flying trapeze, was over the top but still just about believable. 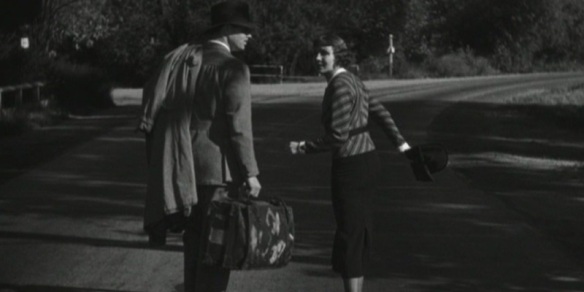 Some of the individual plot points were almost unbearable watching them play out, as from having seen so many films there’s a degree of inevitability with how these kinds of relationships will ultimately end up, but there are enough hilarious moments – Peter smacking Ellie’s rear as he carries her across a river debating what constitutes a piggy back ride – and game performances to make this a classic gem I’m grateful to have now seen,

1 thought on “It Happened One Night”