Whilst waiting out a storm in a run-down gate, two men who have recently appeared as witnesses in a case before a court recount the case to a third stranger as they attempt to make sense of the various contradicting accounts. 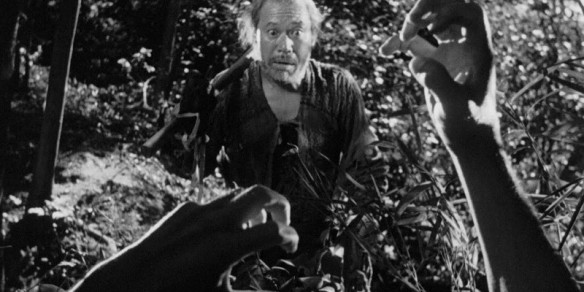 This film was nominated for me to watch by Nick Jobe from Your Face!. I’ve definitely seen Rashomon before but, aptly enough, I couldn’t remember a great deal about it. I think I fell asleep first time around (that’s no disparage against the film, I’m a pretty tired person) so I know for a fact I missed the fourth and final rendition of events, so there was a big build up as to how this was all going to work out. This review contains mild spoilers. 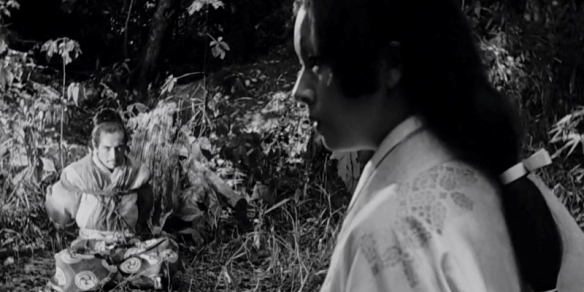 A woman (Machiko Kyō) has been raped and her samurai husband (Masayuki Mori) has been murdered. Tajōmaru (Toshiro Mifune), a notoriously womanising bandit, claims responsibility for the crimes and, having been recently arrested, recounts a story of his own might, sexual prowess and cunning, as he outsmarted the samurai and whilst he initially forced himself upon the woman, she succumbed to his charms and enjoyed the experience. He then duelled with the samurai, won and left. However, once the woman gives her account her story differs greatly, as does her dead husband’s, who tells his version through a medium speaking to him beyond the grave. Having secretly seen the whole thing, the woodcutter telling the story (Takashi Shimura) knows the truth, which is far less dramatic and far more pitiful and shameful to all three parties than any of their respective versions admitted. 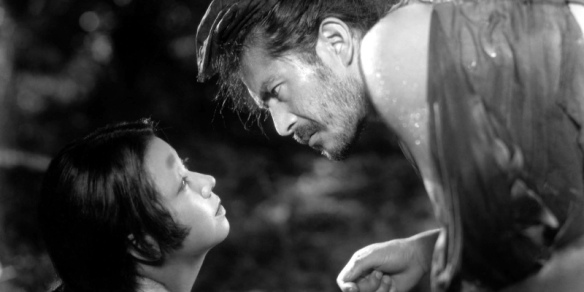 Rashomon‘s infamy comes from its storytelling device, having the same short story recollected and re-edited for the benefit of numerous perspectives. It’s a technique I appreciate and approve of, but there were a few flaws that annoyed me. The biggest of these was how confused the woodcutter was at the start of the story, seemingly puzzled at the different versions of the story he’d heard, but by the end we know he’s known the truth all along, so why was he confused at the start? If he is just confused as to why they all lied then he’s a stupid person with no familiarity with mankind and their general preference to re-tell a story that shines a more flattering light upon themselves than the truth might. Regardless it’s a small issue that didn’t bother me all that much, just a little bit. 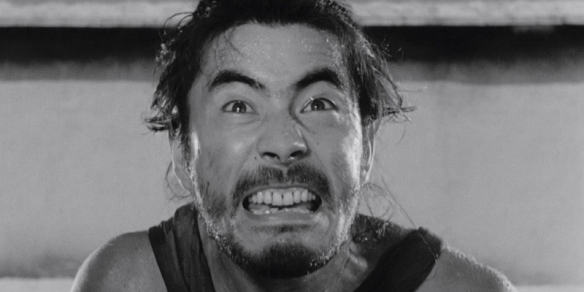 As I’d predicted the stand-out player here is Mifune, whose bandit is very animalistic in his performance. He has a bursting, brazen laugh and gives a very intense portrayal of his character. Granted he gets the most to do, with the samurai spending most of the film tied up and not even getting to recount his story himself, and the woman for the most part cries and looks scared. Both do these jobs well, they’re just greatly overshadowed by Mifune. I found the final, true, account of the story to be something of a disappointment compared to how I thought it might have paid off, but this is still an interesting and innovative technique that I’d like to see applied to some perhaps better stories. There’s a lot of potential here and, despite a few flaws, this is still worth your time.