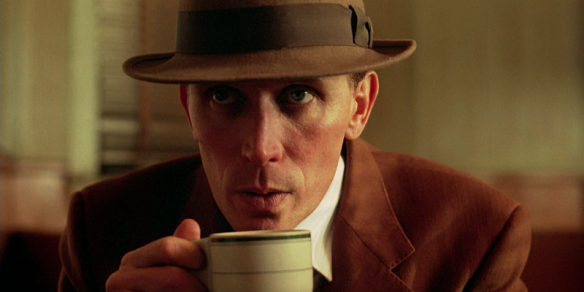 Naked Lunch is my pick for March’s “Bad” movie, as suggested by Chip and Steve. When I asked them to nominated movies from the 1001 List that really aren’t worth my time, I was surprised by this inclusion, as it’s directed by David Cronenberg who I thought for the most part had a fairly decent reputation interesting films. As such I made a special effort to really get into Naked Lunch, assuming that Chip and/or Steve (I can’t remember which of them suggested this) had just hit this in the wrong way somehow. I’m completely unfamiliar with the William S. Burroughs novel this is partially based on (or any other Burroughs for that matter) but I have seen some of Cronenberg’s other films: Scanners, The Fly, Videodrome, Crash, A History of Violence and Easter Promises. I knew this was from his earlier, weirder period, so I had some idea what to expect, but unfortunately I ultimately end up siding with the naysayers. Whilst there’s a lot that I appreciated here, Naked Lunch is a thoroughly frustrating viewing experience. 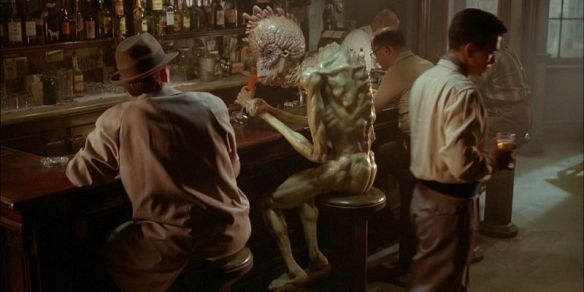 It’s a real shame, because the film has so much going for it. The performances are all fantastic, particularly Weller, who manages to make his character entertaining whilst behaving so laconically he might be just a few heartbeats away from being in a coma. The supporting cast are also often a lot of fun too, in particular Ian Holm (who I’m always entertained by) and Roy Scheider, playing a small yet pivotal role as a dealer of a questionable black anti-drug. 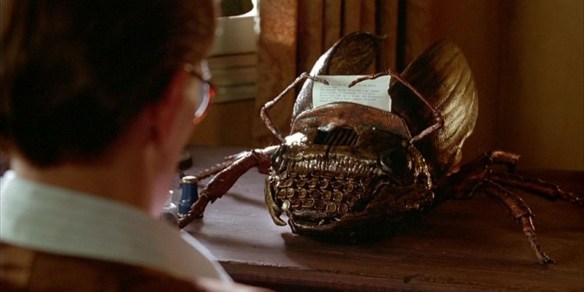 The film’s design is also incredible. The colour scheme is a beautiful sepia, all rich browns and yellows, and the bug-covered production design was fun, like Brazil crossed with Barton Fink via, um, Lost in Space? And I adored the animatronic bug-puppets, they’re all kinds of awesome. The typewriter-bugs were a particular highlight, though when they began talking from a gaping hole in their abdomen I think it went a little far. They already have mouths, so having s voice-hole hidden beneath their wings seemed unnecessary, but whatever. The alien-things were nicely designed too, but their head-goop was, frankly, disgusting. And some of the sex scenes were way too insane for me, but that’s Cronenberg for you. A little warning would have been nice for this one though: 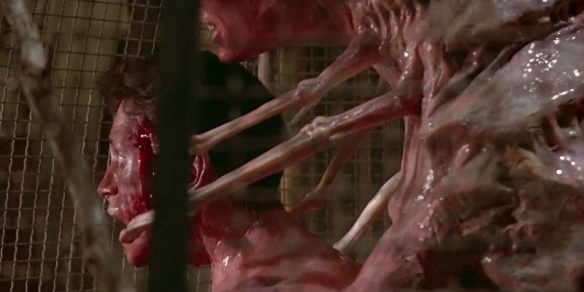 No, my problem lie entirely within what would barely be referred to as a narrative. I have no idea what the freaking heck was going on for most of this film. I tend to place the story pretty highly on the list of reasons I enjoy films, and for that reason I just couldn’t get into this. There was too much happening with too little explanation, especially with regard to the very end, which ties up with some other scenes within the film but no logic of any kind. I find it very difficult to pay attention to films missing strong narratives, hence why this took a couple of viewings because I drifted off to sleep the first time, devoid of anything stable to latch onto. It really is a shame, because like I’ve said I wanted to like this one. And I nearly did. This was almost the first “Bad” film that I’d have disagreed on, but alas Steve and Chip were correct, as usual.