When siblings Johnnie (Russell Streiner) and Barbra (Judith O’Dea) visit their father’s grave to lay flowers, they notice a strange man ambling towards them, who attacks when he arrives. Johnnie appears to be taken down protecting his sister, who flees and finds shelter at a nearby house after discovering dozens more mindless attackers. Soon Ben (Duane Jones) shows up at the house too, and reveals this outbreak of unprovoked attacks seems to be happening everywhere. Ben safe-guards the house from the attackers, but it’s when they discover five more people hiding in the basement that the real problems arise. 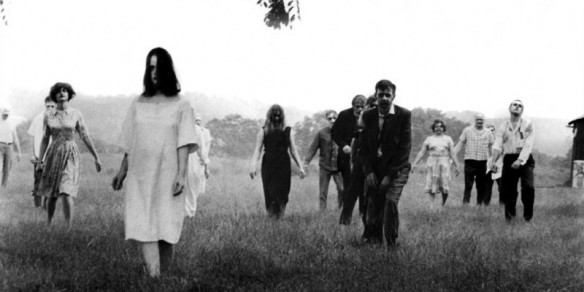 Although Night of the Living Dead cannot be credited as the first ever zombie film – it’s a concept that dates back to at least as early as the 1810s – it was the first to make them truly popular, and the one to establish the general template to which most other zombie films have taken the “Romero Rules”. These rules – people who die or have recently died come back as reanimated corpse, feasting on the flesh of the living, anyone they bite will eventually turn into a zombie too, and the only way to “kill” a zombie is to destroy the brain – would go on to evolve through later films and franchises, but for the most part Romero stuck with his rules, and this is where he set them. 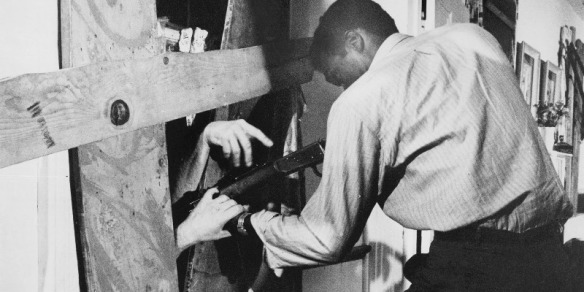 As such this can at times feel a little primitive in terms of zombie films. The premise is very simple, seven people are trapped in a house and bicker about the best way to survive, but given it was made for just a little over $100,000 then the single location is understandable, and they make good use of it. And despite some very below-par acting (specifically from Keith Wayne and Judith Ridley as the young couple, Tom and Judy), the tensions within the group mostly play out well. As with pretty much every classic zombie film since, the moral here is that it’s not the zombies that are the real problem, it’s the people you’re trapped with and how their opinions differ from yours. 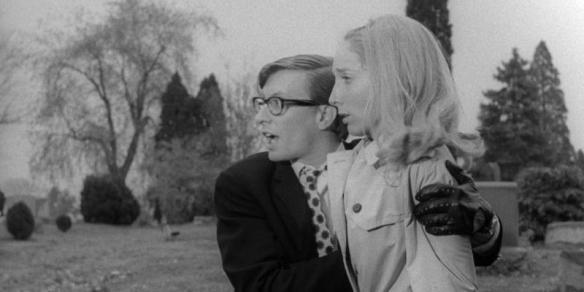 The other actor who I’m undecided on in terms of how bad her acting was is Judith O’Dea as Barbra. After the initial attack with her brother (who utters the now famous line “They’re coming to get you, Barbra!”) she spends almost the entirety of the rest of the film in a near catatonic state, a fixed, traumatised glaze over her face, barely able to speak or move regardless of anything going on around her. Her histrionics soon become infuriating, especially in comparison to Ben’s pragmatism at shoring the house up. His frustration at Barbra’s inherent uselessness is keenly felt. This doesn’t help how sexist the film feels, with literally every decision and action being undertaken by the men in the group, of whom there are fewer than the women. At one point Judy is even sent downstairs to care for the sick (and obviously bitten) child of the Coopers (Karl Hardman & Marilyn Eastman, both good), so that the others can discuss what should be done about their situation, because clearly Judy’s opinion is of no use to anyone. 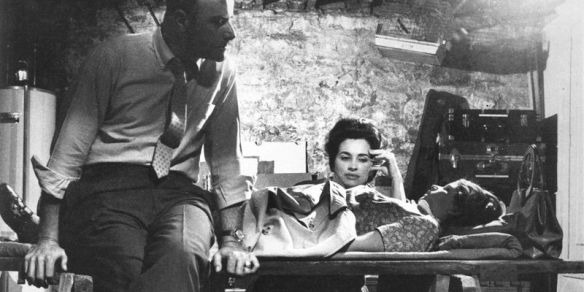 Since its production, Night of the Living Dead has taken on a racial stance that apparently was entirely unintentional during the casting and filming, as the film’s primary protagonist and most forward-thinking, sensible character is Ben, played by the film’s sole black actor, Duane Jones. Casting decisions like this were almost unheard of back in the 60s, but according to Romero, Jones had given the best audition, and the part was cast and left unchanged script-wise. It’s only after the fact that racial themes can be applied to the narrative, especially the ending. [SPOILER WARNING!] At the film’s climax, Ben is left the only surviving member of the household after the others die from various reasons. A locally formed militia have been sweeping the land of the undead and are being successful, but when one of them sees Ben stand up in the house, our hero is immediately shot, assumed to be just another zombie (or ghoul, as the film describes them). Nowadays it’s all but impossible not to think the policeman is taking a shoot-first-never-ask-questions approach to a black man who might be a threat, even if that wasn’t the plan at the time. 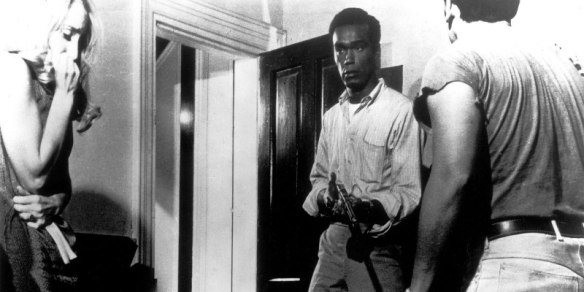 As a fan of zombie movies I always get frustrated at the characters taking their time to understand the zombie rules. Of course they’ll initially try to shoot the undead in the torso, and it’ll be some accidental blow where they work out the head is the area to aim for. It’s this sense of inevitability that can lead me astray when reviewing these kinds of pop culture creators, where allowances should be made for something that started the craze that led to my appreciation for it today. Therefore I’ll credit this for the impact has had on the genre as a whole. It’s worth watching just to see where all the ideas came from, just don’t expect a solid piece of film-making that completely holds up to today’s standards.

9 thoughts on “Night of the Living Dead”