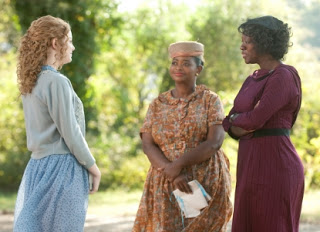 Based on Kathryn Stockett’s best-selling novel, The Help follows Emma Stone’s aspiring writer Skeeter as she returns home from college to Jackson, Mississippi (the opportunity to play some Johnny Cash is thankfully not missed). Whilst home, the free-thinking journalist discovers the maids that helped raise her, and the rest of their upper middle class society, are treated despicably – paid less than minimum wage with no social security, forced to use separate bathrooms and generally treated as sub-humans without the blink of an eye, so Skeeter sets out to tell their story to the world, helpfully with their assistance. 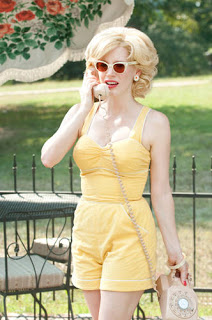 As recently seen with Glory, it seems the only way Hollywood can show a story about black people is through the eyes of the white person who helped them on their way, without whom they’d be powerless and stuck as they were, and the popularity of the film, not to mention it’s numerous nominations at the Oscars, has been struck by a case of white guilt, as though not a bad picture, there isn’t really anything new here. The ground has been trod many times before, but few have used such a great multi-generational ensemble cast without a weak link amongst them. Stone is good in her first dramatic lead, showing potential but retaining her well-honed comic chops, but she is shadowed by the likes of Bryce Dallas Howard’s bitchy queen bee, Octavia Spencer’s outspoken piemaker Minny and Viola Davis’ cautious yet catalytic maid Aibileen. Spencer is good, but her Oscar should have gone to Jessica Chastain for her unrecognisably bubbly portrayal of ditzy Celia Foote, giving a performance that could so easily have been paper thin, but ends up stealing the show. Davis too didn’t deserve the Oscar everyone was so sure she’d receive, but the nomination is well placed. Allison Janney, Sissy Spacey and Mary Steenburgen help round out the cast, and all give natural, layered performances from even the most cliché characters.

Whilst often resorting to shameless pulling of the heartstrings and occasionally implementing a chopped narrative that adds nothing to the overall result, this is elevated by the great cast offering tremendous performances.
Choose film 7/10