Skip to primary content
Today I’m going to see Dirty Dancing at the Mayflower in Southampton. Not my idea, long story. The previous musicals I’ve seen have all either been of films I either love (The Lion King) or at least enjoy (Chicago, film review will be along shortly), or heavily feature music by an artist I’m a big fan of (We Will Rock You), but Dirty Dancing ticks none of these boxes, in fact it’s based on a fairly terrible movie. So I got to thinking, what movies should be made into musicals? The other adaptations out there do not interest me at all (Sister Act, Billy Elliot, Shrek, Ghost, Legally Fucking Blonde). There’s a couple I probably should have seen by now (Spamalot) but for one reason or another haven’t gotten around to, but I think if any of these came to my local theatre, I’d be a little more tempted.
This was actually a pretty damn difficult list to do. To start with I thought my main difficulty would be coming up with five, but I ended up with almost 50, and that’s just from my own DVD collection, hence the long list of Honourable Mentions down there. I got the 50 down to 10 without too much difficulty, but that last layer of refinement was almost unbearable, so I cheated. That’s right, two lists. One is films that are already almost-musicals or full-on shows in their own right, they just haven’t made the leap from screen to stage yet, and the other is for those films that, in my opinion, would fill theatres around the country for years on end were someone to just put a soundtrack and a chorus line behind them. Oh, fun fact, all of the top 10 appear on The List, completely unintentional! By the way, I haven’t actually checked to see whether any of these are being made or not, but if any are, then I take full credit for the idea and will be expecting by cheque in the post. 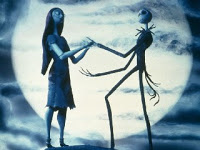 5a The Nightmare Before Christmas
The story would need a bit of padding in Henry Selick’s stop-motion seasonal classic (Tim Burton produced it, but actually didn’t have much to do with it’s production) as the run time is a skeletally thin 76 minutes, but think of the sets and the character designs that could be achieved!
5b Top Gun
Other than the obvious Righteous Brothers bar seduction sing-along, this might not seem like the perfect choice for a musical, but think about it. There’s plenty of room for romantic serenades and duets, as well as some rabble-rousing anthems and a chance for someone to belt out Dangerzone. The flying could be an issue, and the horse-riding, but I’m sure something innovative could be worked out, possibly involving acrobatics. Plus, it’s literally the gayest movie ever made, a description not unknown to be described to musicals.
4a School of Rock
If they cast the kids properly, this could be a masterpiece, although it might rely a little too heavily on the comic talents of whoever plays the Jack Black role, although looking at how his careers been going lately, Black himself could be called upon to reprise one of his iconic roles. There’s more songs in here than you might remember, and they aren’t all rock either, remember Joan Cusack karaoke-ing to Stevie Nicks?
4b Pirates of the Caribbean
The musical based on the film based on the theme park ride may seem like just another cash-in, but I think it could work, with opportunities for sea shanties, skeletons dancing with wenches and some stage-based stunt-work.
3a Scott Pilgrim Vs the World
Technically it’s already a semi-musical, with many of the exs that Scott must defeat breaking into song or being part of a band, much like Scott himself. It’d take some work to ensure the production would have the same amount of polish as Edgar Wright’s brilliantly enjoyable film, and many of the gags would need to be rewritten to work on stage, but I have faith.
3b 300
Bear with me a minute. My recent review heralded this as a glorious style-over-substance epic battle film, with nary a song to be heard and only really one female character of note, but there is dancing (the mystical deity-like nymphs held captive by the disfigured inbred seers) and there is much potential for some buffed up loin-cloth clad jobbing actors to hoof it up as the Spartans, amid some Lion King inspired rhinos and elephants and maybe some more female characters back in the council scenes. Who could resist a long hanging note on the line “Toooooo-night, we diiiiine in Heeeelllllllllllllllllllllllllllllllll!”
2a The Jungle Book
It worked for the Lion King and Beauty and the Beast, and looking at the rest of Disney‘s oeuvre, the next logical piece to transport to the stage is the Jungle Book, purely because it has the best songs and some of the best characters. The female roles might need beefing up a bit, with Mowgli’s wolf mother Raksha, the female elephant Wilifred and Shanti, the young girl at the end, being the only real females in the piece, but the story could be expanded a little to give Shanti a bigger role.
2b High Fidelity
A musical about a guy who loves music, visits numerous music gigs and works in a music shop with two other music nerds who do nothing but talk about music? It’s perfect for a musical that could take a sidelong look at music itself, and has the possibility for the most diverse range of music styles of any on this list. It could get a bit slow and mopey around the middle, where I’m sure there’d be at least 10 minutes given to a song called ‘Rob’s Lament,’ but a high-kicking chorus line could add some real flair to the classic ‘What Fucking Ian Guy?” 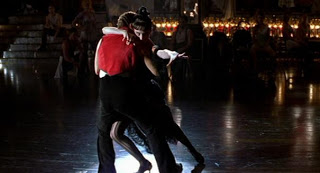 1a Moulin Rouge
Bit of an obvious one this, seeing as it’s essentially about putting a musical together, but it’s easily one of the greatest modern musical films that is prime for a stage adaptation. Personally, I’d like to play the narcoleptic Argentinian, who gets to perform one half of one of my favourite songs from the film, Roxanne, but alas I can’t sing, my accent is atrocious and I’ve never even tried to dance, let alone the tango he performs, but that doesn’t stop me singing it on my bike on the way to work. 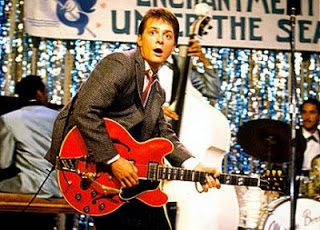 1b Back to the Future
Music was always a driving force behind what many believe to be the most entertaining film of all time, what with Huey Lewis’ driving ballad the Power of Love, and the film being bookended by musical performances, be they Marty’s band the Pinheads playing a tad too loudly or his spirited rendition of Johnny B. Goode at the Enchantment Under the Sea Ball, but could it be a musical? Hell yes. Think about it. A West Side Story style finger-clicking gang of Libyans. Biff’s gang singing in Barbershop Quartet style. A rhyme for jigawatts. All wrapped up in a tale of consequences, romance and comedy, fit for all the family. Best not sit next to your Mum though, some scenes could get a bit awkward.

And the worst…
A successful musical must follow a set of criteria that exclude a lot of other films. You need a central star or stars to focus the attention, so sprawling ensemble pieces like Short Cuts, Magnolia or Boogie Nights, no matter how musically-centric they may be, just wouldn’t work. The same can be said of anything to serious or depressing, as most musicals need to have their tongue so firmly planted into their cheek that it’s almost burrowing out the other side, so no Boy in the Striped Pyjamas, Schindler’s List or Funny Games, and nothing with an overly limited cast or location, so cross off 12 Angry Men, or that relies heavily on grand spectacle and special effects, like Transformers. But the main reason films won’t work as musicals is when the very method through which they are told is part and parcel of why they are successful, with possibly the most limiting being the found footage movie, especially the one that started the whole craze… 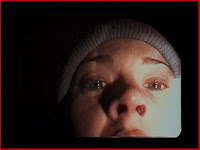 The whole buzz behind this film was the rumours of it being real footage, which obvious isn’t the case if there’s people on stage, randomly breaking out into song about their experiences. Plus, the majority of the film is portrayed with only three leads, with no romantic relations or even friendships between them, and the main emotion on display is outright terror. Songs would include “Stick Men,” “Where’s Josh?” and “Face the Corner.”

2 thoughts on “Top 5… Movies that should be musicals”