I’ve recently gone on record about two movie franchises, Star Trek and The Fast & The Furious, one of which I greatly preferred to the other. This got me thinking, and was the inspiration for this week’s list, my Top 10 Movie Franchises. Now, as always I’ve set myself some limitations. Firstly, I must have seen every film within the franchise. This immediately rules out the likes of Die Hard (haven’t seen number 5), Alien/Predator (haven’t seen Predator 2, can’t remember Alien 3 or Resurrection), Bourne (Legacy), Hannibal (Rising) and A Nightmare on Elm Street (remake and New Nightmare). I also didn’t include the looser franchises that simply take place in the same universe, for example the Avengers film, Kevin Smith’s View Askewniverse, George Romero’s Blank of the Dead series or the Muppets films. I also took into account every film within each franchise, so just because a film happened to feature some true classics, if there were some stinkers in there too then that didn’t help its case for inclusion. The franchise also had to have a minimum of four films, as I’ve made a list of my top trilogies before. So, without further ado, here’s my top 10 movie franchises:

There’s a lot of franchises out there! Seriously, there’s tons, more than I’d heard of, and I was shocked to discover some of the more longer-lasting movie sagas. Did you know there’s 30 Django films? I knew there were a lot of Carry Ons, but I didn’t think it was as many as 31, which is also the same number of Barbie films in existence (I’m guessing this doesn’t include Hotel Terminus). I’m most blown away, however, by the fact that there’s a Chinese series known as Wong Fei Hung, which includes a staggering 89 movies. 89! That, my friends, is insane. Anyway, I’ve barely seen any of these films (Django Unchained, Carry On Doctor) so obviously these can’t be in my Top 10.
No, this week’s two honourable mentions are the Final Destination franchise, and Police Academy. They beat out stiff competition from the likes of Shrek, Home Alone, Pirates of the Caribbean, Saw and the National Lampoon’s Vacation series, but if I had to pick my favourites then these two are them. Final Destination is one of the few horror series I pay much attention too – I’ve only seen the original Halloween, and have yet to see any Friday the 13th films – and I think this is due to the initially original concept of people cheating death, and being hunted down one by one to fix reality. It’s such a brilliant idea, and it means there’s no iconic killer who’ll end up as a parody of himself by the fifth film. Part four is easily the worst in the series – the premonitions don’t make sense and there’s some truly terrible CGI – but all the rest are at least decent, with number 2 being my personal favourite. I had a screenshot from the death of Rory as my background for a little while after seeing that film. 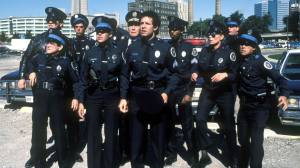 Police Academy is an entirely different yet still occasionally just as ridiculous franchise, following the antics of a police training school that’s just dropped any requirements for entrants, meaning anyone of any gender, race, weight and ability can sign up and be trained. Yes, the sequels got a bit terrible after Steve Guttenberg dropped out, and the less said about Mission to Moscow the better, but there’s still a lot of fun to be had with the earlier films, the first one is a true 80s classic.
END_OF_DOCUMENT_TOKEN_TO_BE_REPLACED

Today I’m going to see Dirty Dancing at the Mayflower in Southampton. Not my idea, long story. The previous musicals I’ve seen have all either been of films I either love (The Lion King) or at least enjoy (Chicago, film review will be along shortly), or heavily feature music by an artist I’m a big fan of (We Will Rock You), but Dirty Dancing ticks none of these boxes, in fact it’s based on a fairly terrible movie. So I got to thinking, what movies should be made into musicals? The other adaptations out there do not interest me at all (Sister Act, Billy Elliot, Shrek, Ghost, Legally Fucking Blonde). There’s a couple I probably should have seen by now (Spamalot) but for one reason or another haven’t gotten around to, but I think if any of these came to my local theatre, I’d be a little more tempted.
END_OF_DOCUMENT_TOKEN_TO_BE_REPLACED 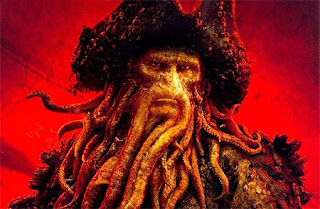 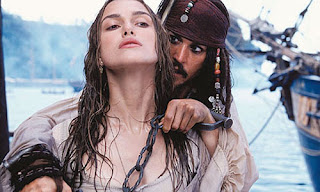