This review was written, as you may guess from the post’s heading, for the Not-So-Secret Santa Review Swap over at the Cinematic Katzenjammer, or CineKatz, as run by Nick Powell. It’s a fairly simple yet great idea – you submit a film for some random person to review, and in return you receive one back. I signed up (and gifted Andrew from Go See Talk with Starter for 10, a movie I adore but which is criminally underseen even in the UK), thinking that I’d receive something outside of my wheelhouse, that would potentially expand my movie viewing experience, or even better, get something already on one of my lists that would provide a little extra motivation to cross it off a bit sooner. Instead, I received a schlocky 80s remake of a 40s horror that I didn’t much care for in the first place. So yes, it technically was an off-my-radar selection, but maybe it wasn’t on my radar for a few good reasons. 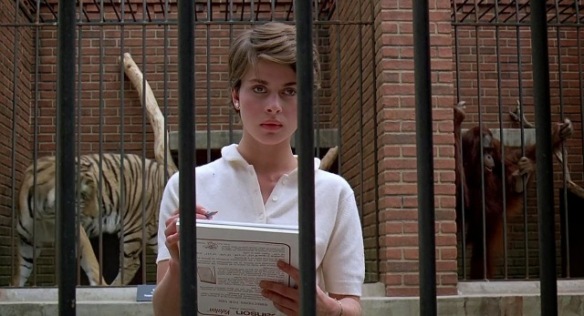 The plot shares some similiarities with the original 1942 film, directed by Jacques Tourneur, in that it concerns a woman named Irena (here played by the stunning Nastassja Kinski) who may or may not have the ability to turn into a leopard. Other than that, and a few other character names and a still-bizarre swimming pool scene, there are no other similarities between the films, which is absolutely fine with me, as I found the original to be underwritten, lacking in tension and just plain silly at times (though granted I was fairly ill when watching it). Here, Irena has come to stay in New Orleans with her brother, Paul (Malcolm McDowell), who she hasn’t seen since they were both children, when their circus-performer parents died. As always, McDowell brings a creepy intensity to his performance, and he gleefully chews every inch of the scenery, and it’s not until he’s off screen for large chunks of the film that anyone else manages to grab some limelight. Whilst in town, Irena visits the local zoo and finds herself drawn to a leopard in a cage, which she then sketches for the rest of the day and into the night, until she is discovered by zookeeper Oliver (John Heard). The two soon fall in love, despite Oliver already having a girlfriend (Annette O’Toole), but Paul soon informs Irena that this relationship will never work.

Basically, and this isn’t giving away anything you’re not spoon fed from the beginning, Irena and Paul come from a long line of werecats, people who transform into leopards once they’ve had sex, and who cannot return to human form until they have killed someone. As legends go, it’s really no more bizarre than someone transforming into a wolf every full moon, and who can only be killed with a silver bullet, it’s just that werecats are much less well known than their canine cousins, so it initially seems a little odd. What is ridiculous though is a direction the film takes with this myth towards the end. In the final act, an autopsy is performed on a leopard, which we know to really be a human in post-coital form. During the autopsy (and please, do not make the same mistake I did and watch this over breakfast) an incision is made along the cat’s body, the sides are opened up, and a fully-jointed human arm lolls out. And I don’t mean it’s inside the stomach, or the cat’s front paw, no, this is in the chest, implying that there’s a whole body curled up inside the generally svelte and lean form of a big cat. This was the point in the film where I said “Nope” and was done with it in terms of sense or logic. I stuck around for the rest of the movie, but there was no way I was going to be liking it, and the Choose Life rating had been assigned, with no take-backsies in sight.

I wish that had been the most disgusting part of the movie though, which unfortunately came a little earlier, when I was just starting my Cheerios. That came when a naked Malcolm McDowell (there’s far more nudity in this that I expected, at east two men and four women, one of whose bra just pops off like magic as she flees down a staircase) awakens, sprawled on a bathroom floor with the remnants of his latest victim around him. He stands up, and there’s something white and globular dangling from his stomach region, which he wastes no time in scooping off and gobbling up. Just thinking about it now is making me feel like retching again. Urgh.

With these kinds of films, one thing I’m always on the lookout for is a decent transformation sequence, and I hoped that, being released one year later than An American Werewolf in London, I might be treated to another Rick Baker-esque spectacular. Unfortunately, Baker had nothing to do with this film, and for a long time I was left disappointed. There’s several fake-outs along the way – the transformation begins, before the transformer is lost into shadow and a leopard appears the other side, but finally I was rewarded at the end for sticking through it all. It’s by no means up to the standards of John Landis’ masterpiece, but it did brighten the film up a little.

Nastassja Kinski is not an actress I’m overly familiar with, but I was impressed with her work here. She begins the film timid, naive and virginal – hence why she’s never discovered her feline abilities – but by the end she’s a completely different person, full of confidence and owning the screen. Plus, she’s not half bad to look at. John Heard, on the other hand, is not someone I’d describe as adventurous with regards to his career path, and here he plays another normal guy without much character. Considering he’s supposedly the nice guy of the movie – albeit one who willing cheats on his girlfriend with seemingly no hesitation – there’s not an awful lot to latch onto. 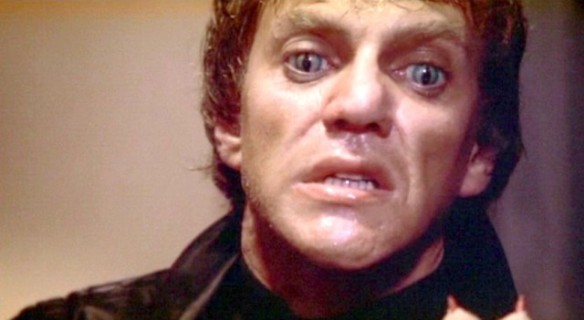 One way the film surpasses the original is the ending. It took a turn I genuinely wasn’t expecting, and ended up at a place that was satisfying, made sense, and still left the door open for a potential sequel, which I hope never happens. Elsewhere the plot is fairly rudimentary, and in fact it spends far too long dancing around puzzle pieces that for the audience are already firmly in place. It doesn’t take a genius to notice that a big leopard shows up as soon as McDowell’s Paul disappears, and once the leopard vanishes, Paul pops up again. This is made up for with the gore elements – a man’s arm gets ripped off clean at the shoulder! – and the aforementioned flights of lunacy – a dream sequence with a shirtless McDowell striding through an orange sandstorm, and that when you think about it, the character of Paul is going crazy, purely because he’s starved of sex. For heaven’s sake man, just join a monastery. 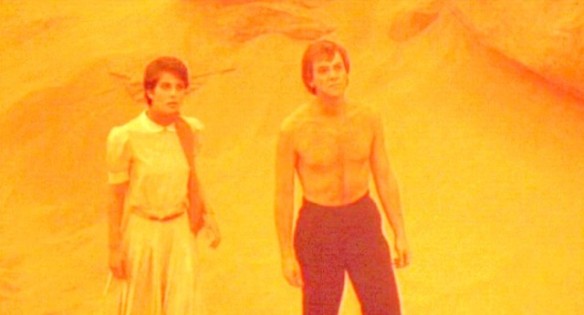 Alas, all in all I cannot recommend this film. I welcomed the chance to watch something new, and will be partaking in future Not-So-Secret Santa Swaps, but I hope next time I get something better, or at least one that doesn’t make me want to either throw up or give up.