In Cornwall, England, a crew of hoodlums run a racket whereby they obscure the warning lights along the rocky coasts during a storm, then salvage all the goods from the ships that subsequently wreck, leaving no survivors amongst the crew – after all, if the gang is caught, they’ll all be hanged. The base of their operations is the Jamaica Inn, and when Mary (Maureen O’Hara) is sent there to stay with her aunt and uncle after her parents have died, she begins to uncover the full depths of the depravity. 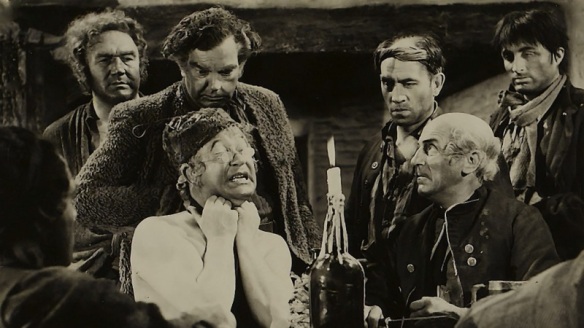 Sometimes the world gets far freakier than I’d have thought. This is the only film I know of that is set in Cornwall. A few weeks ago I was on holiday in Cornwall in the south of England, and took a random selection of DVDs with me, along with the similarly random selection of LoveFilm discs I’d been sent. Amongst those discs was Jamaica Inn, which I watched one morning because it fitted the amount of time I estimated I would have before my girlfriend woke up. So, there I was, in Cornwall, watching a film set and made in Cornwall, not all that far from where we were staying. Like I said, weird. I therefore may have enjoyed this film a little more than others might, due to the references to places I’d recently visited and knew of.

This film has a few great aspects to it. Firstly, the opening scene of a ship robbery (pillage?) is fantastic for 1939, with a rocking boat being liberally doused in tremendous, gigantic waves. Scene-wise this was probably the highlight, although that doesn’t mean everything that followed was bad, far from it in fact. You see, the real highlight is Charles Laughton as Justice Sir Humphrey Pengallon. This was my first Laughton film, and I’m now looking forward to any and every other film he’s in, including another Hitchcock film, The Paradine Case. Here, Laughton’s Pengallon is a ruddy-cheeked, lecherous windbag, forever bellowing for his butler Chadwick (Horace Hodges) and blustering his way through the movie. Unfortunately, Pengallon’s overpowering presence belayed his importance in the overall plot, but I still thoroughly enjoyed everything about him. 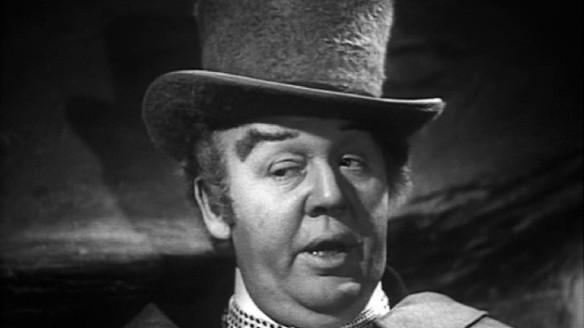 I also really loved the gang of thieves. They’re a collection of stand-out characters including Whistlin’ Harry (Emlyn Williams), the pessimistic, Hell-obsessed Salvation (Wylie Watson), the Smee-like Sydney (Morland Graham) and the tattooed Dandy (Edwin Greenwood), not to mention Joss (Leslie Banks), the abusive leader of the gang and Mary’s uncle. They all had their own distinguishing characteristics, making them stand out from one another but not seeming too cartoon-like or ridiculous. 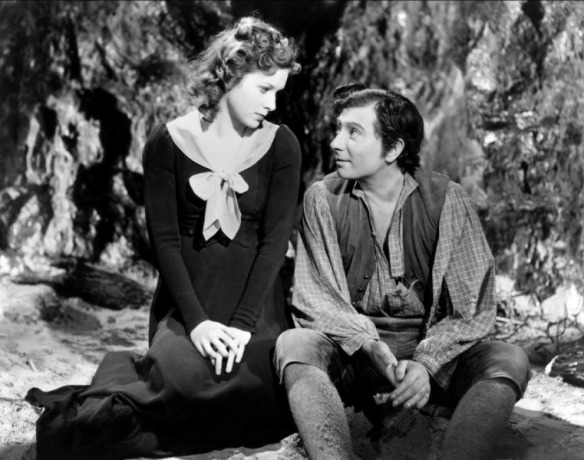 The story took some turns I wasn’t necessarily expecting, and led to some interesting predicaments for the characters, whilst always keeping a playful tone – mainly because of Pengallon, who never seemed to do anything without a glass of brandy first. The third act seemed a bit choppy and awkwardly edited, and I wasn’t overly keen on the potential romantic subplot involving Mary and Jem (Robert Newton), another of Joss’ gang members, but the very end was fantastic, leaving me wanting to see more of what these characters would do next. So far, this is the best Hitchcock film I’ve seen that I hadn’t heard of beforehand. Also, Cornwall is no longer a “lawless part of England” as described in the film, and is actually quite delightful. I’d recommend holidaying there if you have the chance, especially now the ship-wrecking gangs are down to a minimum.