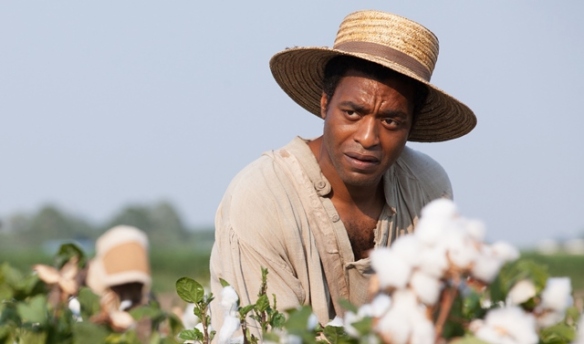 The film, adapted from the true memoir of the same name, sees Solomon Northup (Chiwetel Ejiofor), a free man living with his wife and two children in New York in 1841, becoming kidnapped and sold into slavery, whereby he is passed from owner to owner for, as the title suggests, twelve years. During this period he is put through back-breaking labour, horrendous ordeals and a manner of life that he is otherwise unaccustomed to, meeting a myriad of despicable people along the way.

Let’s talk about the elephant in the room – Ejiofor is absolutely phenomenal in this role. I’ve been a fan of his ever since the first time I tried to pronounce his name – I think it was in Serenity, but it may have been Love Actually – and I am pleased beyond belief that he is finally getting the recognition he deserves. I truly hope this role propels him skywards to a thoroughly deserved level of notoriety. I was particularly impressed with Leonardo DiCaprio in Wolf of Wall Street, so as far as I’m concerned the only real competition Ejiofor has is  Matthew McConaughey in Dallas Buyers Club, which I’ve yet to see. Regardless, I will be somewhat perturbed if Ejiofor is not properly rewarded come Oscar night. The man has such an expressive, emotive face. So often no dialogue is required to develop a deep understanding of the cost his situations are taking on his mind and his soul, and I’m only a little ashamed to admit that I was a quivering wreck by the end of the film, almost entirely due to Ejiofor’s performance. 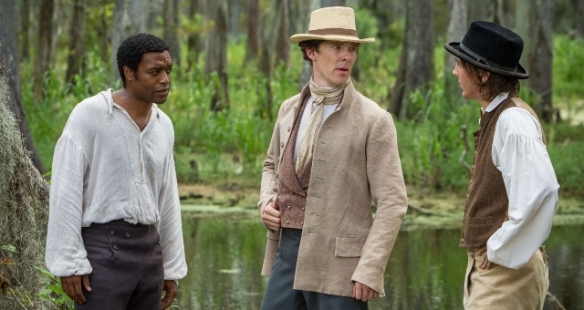 The same can be said for much of the rest of the cast, they just were on screen for much less time. Michael Fassbender played evil incarnate with a human level of weakness and fear that made a character you’d struggle not to punch actually at times almost understandable, if not forgiveable. Benedict Cumberbatch is also receiving far too few plaudits for my liking, here playing a slaver who seems to be one of the good guys, but in effect is no better for being a part of the problem rather than the solution. Elsewhere Paul Giamatti, Paul Dano, Scoot McNairy, Taran Killam, Bryan Batt and Garrett Dillahunt all crop up in relatively small yet memorable roles on a sliding scale of despicableness, but I’d like to take a moment to discuss Brad Pitt. There are some spoilers in the next paragraph, so skip ahead if you want.

Pitt produced this film, which I have no problem with. As an actor I generally like the guy, and I occasionally like some of the films he produces and then casts himself in – World War Z comes to mind. However, and I admit I’ve no solid proof to back this up, I’m pretty sure he may have cast himself here just so he could be in a film of such a high calibre, because his appearance in the final act damn near spoiled the experience, especially as he pulled an M. Night Shyamalan and cast himself as the saviour of our hero, being the man who ultimately puts wheels into motion to free Solomon. That wasn’t what irked me though. My issue was with Pitt almost being too big of a name to appear in such a small role. It was beyond distracting. I’ve heard the same criticism elsewhere, and seen the likes of Greg Kinnear bandied about in terms of a replacement, and I have to say that would have been spot on, and not just because I really like Kinnear as an actor. Also, Pitt’s accent was just plain odd and out of sync with the rest of the film. It’s a small criticism for an otherwise stellar picture, but it’s a criticism nonetheless.

And on the subject of minor problems with the film, I’m afraid I’ve got another one. I had no real idea of time passing in the film. If it weren’t for the title, you could argue the entire story takes place in a matter of months, especially if your knowledge of cotton harvesting schedules is as limited as mine. I’m sure subtleties were taken with regards to costume and make-up to make characters appear slightly older when required, but alas they were lost on me, so the severity of some situations, and how long Northup was forced to endure them, may not have been gotten across as well as they could have been. 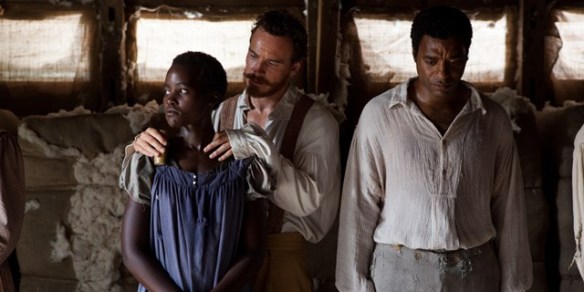 Well look at that, I got so caught up in my petty problems that I forgot to talk about one of the greatest aspects of this film; the women. You’ll often hear that there aren’t many great roles for women in films; well here there’s at least three. Granted, that’s still about half as many as there are male roles, but at least it’s progress. First up is Mistress Ford (Liza J Bennett), who for me may have been one of the worst people in the film – not acting-wise, I mean in terms of being a likeable character. She doesn’t really do anything particularly detestable, but the manner in which she buys into slavery being the norm is utterly vile. When we meet her, it is when her new female slave Eliza (Adepero Oduye) has been separated from her two young offspring, and she is therefore understandably upset. Mrs. Ford’s remedy for this is the line “Get something to eat and some rest; your children will soon enough be forgotten,” as if what this woman wants to do is forget all about her kids that she’ll most likely never see again. Ugh, it makes me nauseous just thinking about it. Elsewhere there’s Sarah Paulson’s Mistress Epps, the wife to Fassbender’s slaver Edwin, whom Mrs. Epps must share with one of Edwin’s female slaves, the third female performance and only one to garner an Oscar nomination, Lupita Nyong’o’s Patsey. Mrs. Epps despises Patsey, because her husband regularly sleeps with the slave, yet this is of no fault to Patsey, who doesn’t want to sleep with him any more than Mrs. Epps wants her to. It’s a very complex and interesting relationship that is fascinating – and at times sickening – to watch play out. I don’t know if I’ll be happy for Nyong’o to win the Best Supporting Actress Oscar, but I’m happy to see what she does next (after the terrible-looking Liam-Neeson-on-a-plane movie Non-Stop) and I’d rather she get the award than Jennifer Lawrence. 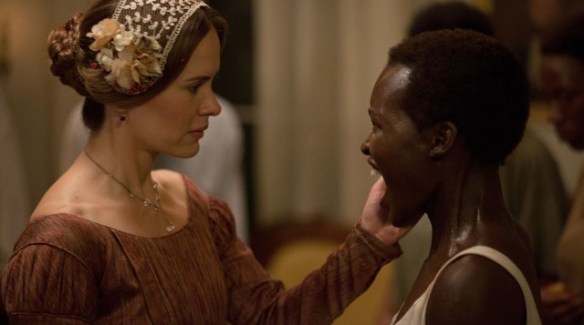 Other than the acting, the real strength here is the camerawork, particularly the unflinching manner in which it shows despicable deeds, with absolutely no intention of looking away. This is what those in question went through, so the least we, the audience, are going to have to do is watch it happen. You are not meant to enjoy watching someone be hanged, tiptoes dancing for life on the barely within reach floor, so dammit you will endure it. It’s captivating, in an utterly devastating way, and it’s all the more powerful for it. Elsewhere we are shown only what we need to in order to understand what Solomon and the others are going through. An early scene sees him being whipped – it will not be the last time – and instead of displaying his scarred and bloodied back in the next scene, instead we catch a glimpse of his shredded and stained smock as he pulls it over his head. It’s moments like this that make Steve McQueen stand out as a director to watch – I own both Hunger and Shame, yet unforgivably have seen neither yet, something I’ll doubtlessly be rectifying any day now. 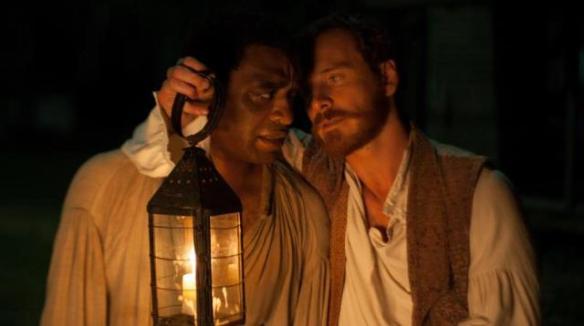 This film kicks off my year in movies of 2014, and it’s going to take a great deal to shift this from the number 1 spot come December. Good luck to everything else, if anything succeeds this’ll be a damn fine year.