OK, so this week the scope is a little, um, monstrous? Sorry. I mean it’s quite wide. The term ‘monster’ could be applied to a lot of things (like some recent Top 10s, for instance), but I’m thinking more along the lines of actual creatures, so no real-world animals (be they normal or giant versions, so no King Kong), no humans, and also no other generic monsters that have been used enough to become worthy of their own list. This means no zombies, witches, vampires, werewolves, aliens, dinosaurs, dragons, ghosts or robots. Also nothing that was a person, but has become something else, like Jeff Goldblum in The Fly. This puts Frankenstein’s monster in a difficult category, as technically it used to be several different people, so I left that one off. Sorry guys, but your times will all come. Next October, maybe.

Also, I’m limiting this to just one ‘monster’ per film (or franchise), just to prevent this being a Top 10 Monsters Inc. characters list. Oh, and cards-on-the-table time – despite having a deep appreciation for both creature features and stop-motion animation, I’ve never seen a Ray Harryhausen film. I’m fully aware that this is horrific (I’ve even got a book written by the guy about the history of animation) but as far as I know they aren’t shown quite as often in the UK as they are in the rest of the world. Yes, I’m ashamed. No, I don’t plan to do anything about it soon, but yes I’d like to. Some day. 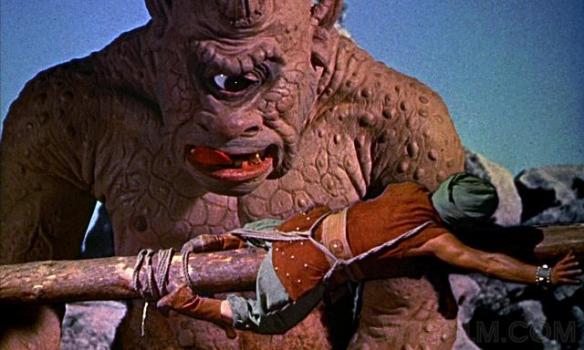 Another big omission may be Godzilla, but as I’ve only seen the Roland Emmerich version (which I admit is a guilty pleasure) then it really didn’t deserve a place here. The same can therefore be said of all the monsters Godzilla fights amongst his extensive catalogue, as I’ve not seen any of them either. Sorry, Mothra. So, creatures, critters, freaky beings from other dimensions. Let’s see what we’ve got.