Watching the original Toy Story, the first feature-length motion picture created entirely using computer animation, always send me back to my childhood, aged 8 years old, sat in the cinema watching in wide-eyed wonder as the pixels were brought to life before me, with my Dad sound asleep in the next seat. It’s one of my earliest film-related memories (my earliest cinema experience that I know of was the Lion King, but that’s another post).
END_OF_DOCUMENT_TOKEN_TO_BE_REPLACED 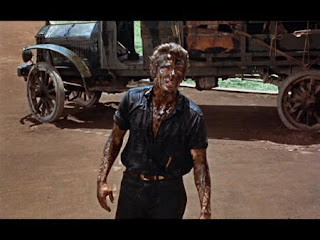 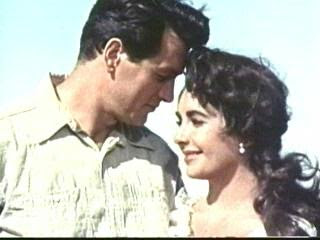 Today I watched the Jazz Singer, infamous for being the first film to use dialogue, or more accurately, singing, as this is a semi-musical, presumably to showcase the new sound technology of 1927, as I felt that the inclusion of full-length song performances detracted from the plot, of a young Jewish boy who runs away from home to become a jazz singer. I feel that this film was included in the 1001 Films to Watch Before You Die purely due to its significance in cinema history, of being the first ‘Talkie’, not because it is one of the ‘great’ films.
Choose life 4/10

Last night I watched Out of Sight. I’d seen it before, but never really paid an awful lot of attention to it, but this time I made an effort to follow the plot. I think the film is a little over-rated, with editing style taking precedence over actual substance. In places, it seems to want to be a modernised version of classic cinema, with freezeframes, snappy dialogue and a plot that sees George Clooney’s prison escapee and Jennifer Lopez’s federal marshal thrown together and falling for one another, but it is this plot device that in my opinion lets the film down. I’ve always hated the tacking on of an arbitrary romance subplot almost ruining what would otherwise be an incredible picture (see also the Nightmare Before Christmas, Pulp Fiction, Star Wars), and this is definitely the case with Out of Sight. If the film had focussed on Clooney’s Jack Foley, his escape from prison and the heists before and after, I feel it would have been a far superior picture. By all means keep J-Lo’s character, (but for the love of cinema, recast) but drop the frankly ridiculous romance between the two. The best part of the film was the cast, with Don Cheadle eating up the screen as hoodlum Snoop, whilst Ving Rhames supports well as Buddy, Foley’s redemption-craving partner in crime. And the last minute cameo is one of the greatest I’ve ever seen.

Right, it’s done, the list is complete. It can be found on the Challenge page of this truly marvellous blog. The final count stands at 1,327 films, somewhat less than I was anticipating, but still a decent number to watch in 5 years (0.73 a day, stats fans), considering I’ve got to track most of them down, and a large number won’t be watched by my girlfriend (rules: no subtitles, no gore, minimal swearing, no snakes), severely limiting the days I’ll be able to watch them.

And so, the journey continues, with my watching tonight of the original 1930 version of All Quiet on the Western Front. I recently watched the 1979 TV movie version, and found it entertaining, especially Ian Holm’s moustache, but feel that the original is far superior, not least because all the actors in the remake seem to bring nothing to their roles, copying their predecessors exactly, especially Donald Pleasance as the teacher who inspires his students to enlist. The film is notable for being an American-made film depicting the Germans during World War I, and depicting them sympathetically, as real people with feelings and fears, not just faceless stormtroopers who must be defeated.

I’m a massive Coen brothers fan. I’ve got all their films, a couple of posters, and eagerly await any and all of their new releases, as in a perfect world all films would be directed by the Coens. After the release of Burn After Reading on DVD I even completed a 23 hour marathon of all their films in a single day, and man that was a good day.
END_OF_DOCUMENT_TOKEN_TO_BE_REPLACED

Cross off two more! I watched Sideways on Sunday, still loved it, but then I’ll watch anything with Paul Giamatti in, even Shoot ’em Up, and I’m looking forward to watching Cold Souls at some point in the future too, as well as Barney’s Version. Choose Film 7/10

Rented les Vacances de M. Hulot too. Wasn’t overly impressed if I’m honest, I found the lack of a driven narrative to be annoying, and that most of the occurrences were contrived merely to allow a few slightly humorous pratfalls. Plus, the character of Monsieur Hulot is a clear inspiration for Mr. Bean, the character that lessened Rowan Atkinson as a comedy genius in the public mindset, for which there is no possible forgiveness. Choose Life 4/10

Jurassic Park is one of those films that really should have stopped at just 1 film. As much as I do love the second film, adding an all-star cast of Julianne Moore, Vince Vaughn, Peter Stormare, Richard Schiff and Pete Postlethwaite (R.I.P.) to the already spot-on casting of Jeff Goldblum, and with the addition of Compsognathus, one of my favourite dinosaurs (get over it, I’m a nerd), I feel that lifting the curtain on the mythology behind the parks sullies the memory of the original film, which I still deem as near-perfect cinema (major failing point: not killing the kids).
END_OF_DOCUMENT_TOKEN_TO_BE_REPLACED
Nearly finished the list! Just editing out the duplications. Fortunately, I seem to own a good couple of hundred of the required films, but I feel I may be re-joining LoveFilm pretty soon, and learning how to set my VCR (yes, VCR, what’s the weather like in the present?) for the random daytime gold that is Film4. I’ve also discovered the library of DVDs at the university my girlfriend attends, offering up to 3 rentals at a time, for free! Alas, she is only there for a few more months, so I’m going to be renting as many as I can whilst she’s there.
END_OF_DOCUMENT_TOKEN_TO_BE_REPLACED
I must have done something wrong. I’ve no idea what it was, but believe me I’m sorry, as the punishment for this unknown wrongdoing was a viewing of Sex and the City the Movie 2. I’ve never watched an episode, and certainly haven’t seen the original film, but I knew of the characters, their names and basic cliche stereotypes (Charlotte = prim and proper, Carrie = whiny clotheshorse, Miranda = businesslike, Samatha = whore) from pop-culture. I’ve never had any desire to watch anything even vaguely related to this show, and this viewing has only furthered this mission.