This review was originally written for French Toast Sunday.

Some films have a cult status. They were released and seen by a generation at just the right time to acquire an immovable lodging within their heart, and nothing you can say about them will ever shift that position. The Goonies is such a film, but not for me. My personal right-age-right-time film is The Breakfast Club (more for when I saw it than when it came out, as I hadn’t been born yet). For many people, Stand By Me is such an untouchable classic. I don’t mean to dissuade them from this mindset, in the same way that I’d rather people didn’t rain on my Breakfast Club parade, but unfortunately I wasn’t overly sold on Stand By Me. 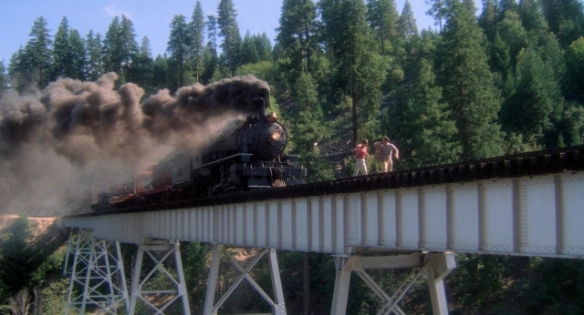