Curly (Gordon MacRae) loves Laurey (Shirley Jones), but pretends he doesn’t. Laurey loves him right back but is too stubborn to say so. Jud Fry (Rod Steiger) the farmhand lusts for Laurey too. Laurey’s friend Ado Annie (Gloria Grahame) is betrothed to Will Parker (Gene Nelson), but he can’t get Annie’s father’s permission until he has at least $50 to his name. Whilst Will has been earning the money in Kansas City, Annie has blossomed somewhat as a woman, and found herself with plenty of suitors, believing her most recent conquest, travelling salesman Ali Hakim (Eddie Albert), wants her for his wife. Laurey’s Aunt Eller (Charlotte Greenwood) watches everything with a wry smile and a disapproving eye, making remarks that aren’t funny, but which everyone in the film laughs raucously at anyway. Also: everyone sings.
END_OF_DOCUMENT_TOKEN_TO_BE_REPLACED 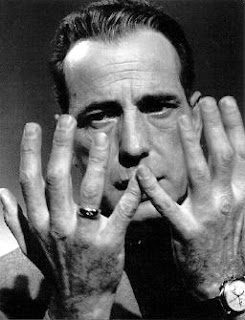