Wilma Loomis and Bud Stamper (Natalie Wood and Warren Beatty) are high school sweethearts. Wilma is from a low-key family, with a father described as lacking in ambition, and a domineering mother who seems intent on trying to keep her daughter as young as possible. Bud, on the other hand, is son to the richest man in town, who has big plans for his son to mark his name on the world. These varying parenting styles have some pretty intense effects on their children’s livelihoods.

END_OF_DOCUMENT_TOKEN_TO_BE_REPLACED 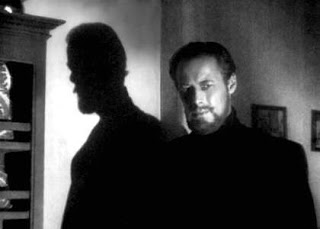 One of the most unusual romantic stories I’ve ever heard, Joseph L. Mankiewicz’s film sees the widowed Mrs. Lucy Muir (the achingly beautiful Gene Tierney) fleeing her haughty, oppressive in-laws and moving to the seaside with her daughter Anna (a young Natalie Wood) and their maid, Martha (Edna Best). Upon arriving at Whitecliff-by-the-Sea, Lucy seeks the assistance of estate agent Mr. Coombe (Robert Coote) in finding a suitable property. She is immediately taken by Gull Cottage, despite the disapproval of Coombe and the warning that no other resident has managed to stay there for even a night. This probably has something to do with Captain Gregg (Rex Harrison), the former owner who passed away there some time ago, and whose spirit still haunts the house. In spite of all this Lucy moves in, and she and the ghost of Gregg form an unusual bond.
This could quite easily have gone two ways. Firstly, it could have been a horror, as a family moving into a haunted house is the setup for countless creepy films, yet Lucy’s obstinate refusal to be even the least bit scared of a ghost prevents this territory from being breached. Secondly, it could have gone down the Casper/Beetlejuice route and become a saccharine-sweet, child-friendly and frankly silly comedy-romp as Gregg attempts to scare his latest houseguests away. Both of these options are occasionally dallied with – Lucy’s first encounter with Gregg is all candle-lit shadows, and there is some prank-pulling when Lucy’s in-laws come to visit and drag her back home, but for the most part the fact that Gregg is deceased is all but ignored. He acts more as a confidant and adviser to Lucy, becoming something of a catalyst to changing her life.

The casting is spot-on, and no more so than with Harrison. He is the epitome of a salty sea dog, with a rasping, salt-ravaged bark, though his overuse of nautical terms in day-to-day conversation becomes jarring after a while. Tierney is good, and George Sanders is wonderfully sleazy as a suave suitor wooed by Lucy’s beauty. Gregg is a brilliant creation – a man out of his time, especially when it comes to women. His dialogue is peppered with sexism, but it’s delivered in such a way that it’d be difficult to take offence: “You’re a woman, I suppose you can’t help it,” / “Help what?” / “Making a fool of yourself.” Though at times he does come off as more than a little creepy, even for a ghost, when he remarks that Lucy is not a bad looking women (“confoundedly attractive”) even when she’s asleep.
The relationship between Lucy and Gregg is well formed and evolves naturally, as she begins to pick up some of his coarse seahand terms that she previously disapproved of (in this world, “Blast” seems to be the worst word imaginable), and they find a way to make the best of their current situation. Like many films it does seem to imply that the only way a woman can make something of herself is if she receives the help of a man. After her husband dies, Lucy has been left just to live off his funds, and had she not encountered Gregg, all would have been lost had she not married some other man, but this notion could be a product of the times when the film was made (1947).
If I have one major flaw with the film, it’s that we’re never really made privy to the limitations and frustrations of being dead. At no point does anyone ask Gregg what it’s like to die or be dead, and there seems to be little he could do in life that he cannot do in death. He is not bound to his house, and can willingly interact with people and inanimate objects. In most instances it appears to be better to be deceased, as you are able to only appear to the people you wish to, leading to what I can assume would be much hilarity. The characters too seem unsure of Gregg’s abilities, as shown when Lucy feels embarrassed getting undressed in front of his portrait and covers it with a sheet.
Also, many elements of the plot were quite predictable, but overall this is an original and well told story full of lightness and likable characters, even if the ending seems to forget that she was ever married.
Choose film 7/10

The most iconic of James Dean’s 3 major roles, after East of Eden and before Giant, sees him inspiring numerous Eagles songs as Jim Stark, the new kid in a small town, eager to butt against any system willing to oppose him. He takes a shine to Judy, the girl of gang leader Buzz, and finds troubled social outcast Jon, calling himself Plato, takes more than a shine to Jim. A young Dennis Hopper plays one of the gang members – who I was half expecting to start clicking and dancing to Officer Krupke at some points, but thankfully this was not the case.

The film’s notoriety as a touchstone for a generation of rebellious kids with little to rebel against has raised expectations to levels left wanting, and though Dean’s performance shows potential it cannot be judged against those that might have been. Two scenes stand out – the ‘chicky run’ and tense observatory-set finale, but the film doesn’t even come close to its reputation.
Choose life 6/10

It’s easy to mock West Side Story, and incredibly hard not to let out a start of incredulity, disbelief and hilarity when the Jets, a New York street gang, begin clicking, walking and turning in sync, but this 60s retelling of Shakespeare’s Romeo and Juliet has a lot going for it. Yes, the two leads – Jet old hand Tony (Richard Beymer) and rival Shark’s head honcho’s sister Maria (Natalie Wood, not even close to being Puerto Rican) are lifeless, charisma free and unforgivably dubbed for their singing. And yes, the dialogue has not aged well in places, but the toe-tapping tunes, particularly I Feel Pretty, America and Gee, Officer Krupke and outstanding choreography, with dances staged as fights and fights staged as dances more than make up for its faults. Supporting players perform admirably, notably Russ Tamblyn as Jets leader Riff and George Chakiris as Shark leader Bernardo, making this a musical for people who don’t like musicals – people like me then.
Choose film 7/10