Sarah (Kate Winslet) is a stay-at-home mother whose life is already feeling rut-like and unfulfilling, something that is exacerbated when she catches her husband Richard (Greg Edelman) masturbating in his home office with an unfamiliar pair of women’s underwear tied to his face. Part of Sarah’s daily routine involves going to the park with her three year old daughter Lucy, where Sarah sits slightly apart from the other mothers, due to their constant judgement at how much better they are at caring for their children than Sarah. They all idolise a man named Brad (Patrick Wilson), their male equivalent who brings his young son Aaron to the same park. On a bet, Sarah introduces herself to Brad, and the two soon find the company of the other fulfils something missing in their own lives. Meanwhile, convicted sex offender Ronnie (Jackie Earle Haley), who was arrested for exposing himself to children, has been released from prison and moved back in with his mother, May (Phyllis Somerville). Many members of the community are uncomfortable having Ronnie living in such close proximity, especially former policeman Larry (Noah Emmerich), who makes ruining Ronnie’s life his own personal obsession.

END_OF_DOCUMENT_TOKEN_TO_BE_REPLACED

Joel Barish (Jim Carrey) is an introverted guy who has difficulty making eye contact with people, let alone asking them out. One Valentine’s Day, on a random impulse, he ditches work and heads to the beach in Montauk, where he keeps seeing a girl in a bright orange sweatshirt with even brighter blue hair. Her name is Clementine (Kate Winslet) and, despite their vastly contrasting personalities, they spend the day together, and the next. Alas, all is not great in their world, however, and sadly their relationship ends when, on another impulse, Clementine decides to erase Joel from her memory using a little known company who specialises in a very concentrated form of brain damage. Joel opts to undergo the same procedure, but it doesn’t quite go as planned when he decides mid-operation that he might have made the wrong decision. 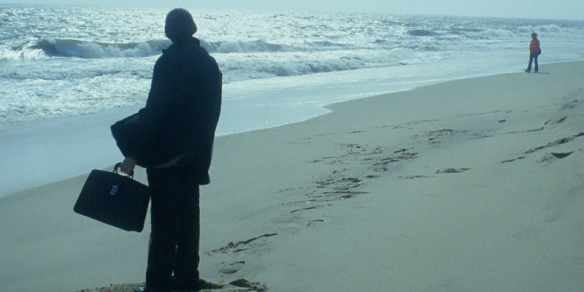 END_OF_DOCUMENT_TOKEN_TO_BE_REPLACED

Always be wary when a DVD cover proclaims the feature it houses is an Oscar winner, yet follows this statement with an asterisk not revealed until the fineprint on the back of the box, for more than likely this will lead to a win for one of the lesser Oscars that, though probably well deserved and awarded to people who are very good at, and have worked very hard on what they do, does not make the associated film any good. And so it is with Wonder Boys, overly proud recipient of the Oscar for Best Original Song for Bob Dylan’s Things Have Changed, so worthy is it that I cannot even remember hearing it, when part of me was specifically listening out after discovering the win. Whilst Michael Douglas gives one of his best performances as the mild-mannered, scarf-wearing, adulterous English professor Grady Tripp, he is let down by a meandering plot involving a dead dog, a 7ft transvestite, a stolen dress and an epic manuscript, and a fairly average cast with Tobey Maguire it’s obvious weak link – impressive when Katie Holmes is also involved as a besotted student. Too much takes place without a reason – is Maguire’s James fascinated with celebrity deaths just because he is weird? – and the script is far from excellent (“I’m not gonna draw you a map, sometimes you need to do your own navigating.”)