Todd Solondz is almost the dictionary definition of an acquired taste when it comes to film. For most directors, subjects like rape, dead parents, domestic terrorism and a lifetime of remorse wouldn’t necessarily inspire a comedy, yet they’re all par for the course with Solondz in this darkly comic anthology following the various owners of an ambivalent female dachshund. 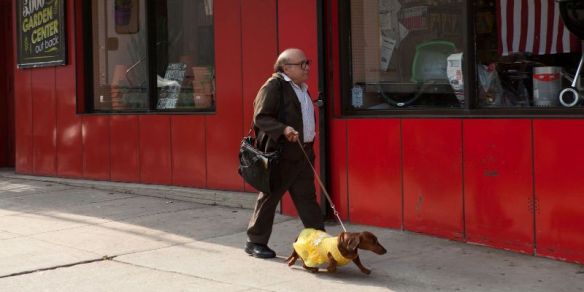 END_OF_DOCUMENT_TOKEN_TO_BE_REPLACED

Whilst on a train returning home from visiting her grandmother in Budapest, Céline (Julie Delpy) moves seats when her journey is interrupted by an arguing couple nearby. She impulsively sits across from Jesse (Ethan Hawke), and the two soon strike up a conversation. When they arrive at his stop in Vienna, he asks her to join him as he spends the night strolling around the town before his flight back to America in the morning. What begins as a moment of spontaneity slowly grows into a life-altering encounter. Nine years later, we revisit the pair in Paris, and catch up on where they are in their lives and their relationship.

END_OF_DOCUMENT_TOKEN_TO_BE_REPLACED

Jack and Marion (Adam Goldberg and writer/director Julie Delpy) are a typical couple in their mid-30s on a holiday in Europe, culminating with two days in Paris to visit the French Marion’s parents. Jack is an insecure, devious hypochondriac, paranoid of terrorist attacks and knows less French than your average American, whilst Marion’s parents (played by Delpy’s real life mother and father) know very little English, and Marion herself seems reluctant to act as translator, leading to various comic episodes, most notably with Marion’s father attempting to act out cunnilingus to Jack at an exhibition of his artwork. The film plays on both French and American stereotypes – the French are homophobic, xenophobic, inappropriately flirtatious wife beaters, all of whom have either gone out with or are trying to go out with Marion, whilst Americans are brash, ignorant tourists. The performances feel natural – up until the arrival of Daniel Bruhl’s self-proclaimed fairy, and the situations never feel overly contrived, just maybe a little exaggerated, and the cinema would be a better place if more romcoms were as insightful and humorous as this.
Choose film 7/10