Oh jeez. It’s been… holy hell it’s been months. I’m sorry. Really I am. Things just got away from me and kept on going. That’s the past now though, let’s celebrate the here and now. If you’ve been wondering what I’ve been up to for the past half a year, well:

I designed, made, wrote instructions for and recorded a video of an origami Blade Runner unicorn for Total Film magazine, which can be seen here. I used to read Total Film a bunch growing up, so this was kind of a bucket list item, even if it wasn’t really in a movie capacity.
Built a Lego Millenium Falcon (the one from The Force Awakens, not the new giant one) and a Lego First Order Heavy Assault Walker.
Started watching E.R., and finished series 1 & 2
Met up with fellow LAMB friends from America and the UK – some for the first time – and found many snarky things to bond over
Archived a bunch of Lambcast shows, though still not up to date
Made 1,000 origami cranes
Spent a solid 10 hours making fudge
Spent a solid 6 hours making brownies
Watched a bunch of Harrison Ford movies
Planned an extended James Bond marathon
Failed to accomplish said James Bond marathon, instead just watched two movies over a period of a month
A new 1001 book came out and I’ve barely even looked at the new additions.
Became an uncle
Saw Jurassic Park on the big screen for the first time, at my first outdoor screening, and still found new details even after all these years.
Attended my first funeral (my partner’s grandfather passed away) and gave a reading at it, despite probably being the person there who knew him the least.
Attempted to write this post at least 26 times.
Visited Canada, specifically Victoria, Tofino and Vancouver, where we saw bears, whales, otters and raccoons, and I tried a bunch of new food including poutine (I know it’s just chips, cheese and gravy, but I really thought it’d be more than the sum of its parts), fish tacos and artichokes.
And oh yeah, I went and got married, no big deal. That’s what the cranes, fudge and brownies were for.

Anyway, in all that time I have also watched a bunch of movies, so let’s get down to business. Here’s everything I saw since the last one of these posts:
END_OF_DOCUMENT_TOKEN_TO_BE_REPLACED

Greetings from China! So far I’ve been here five days and, as predicted, blog-wise I’ve been less productive than could have been hoped. I’m here primarily for work purposes, but a lot of the time is set aside waiting for our China-based tool-makers to make some adjustments to some tooling, but it turns out that I’ve had plenty of work to be getting on with, so the stack of films I brought with me haven’t really garnered a whole lot of attention, and neither has the wad of notes from previously viewed movies. Instead I’ve been up late working, some days I haven’t actually left the hotel, and when I do it’s like walking out of a fridge and into an oven, because bloody hell is it hot here. Like unbearably hot. I went for a stroll today and sweated through my t-shirt in minutes. Plus I’m pretty terrified of getting lost here, as I the only Mandarin I know is “nǐ hǎo”, which means “hello”, so I can’t really rely on anyone to give me directions. Thus much of the local culture has passed me by, not that there’s a great deal to do around these parts anyway as it’s mostly factories, hotels, offices and the standard small shops that crop up around those locales. The company I’m visiting has taken me out a couple of times, and last night I ate about half my weight in lobster (actually crayfish I think, but they call them lobster here), which was delicious, but I feel with lobster the actual meat isn’t worth the hassle of getting to it, plus there was a TV playing throughout the meal showing the whole cooking process, starting with the carefree crustaceans merrily swimming and scrabbling their way around until they’re caught, cooked and served. I’m pretty sure in a steak restaurant they don’t show documentaries about cows whilst you eat, so that was a little off-putting. Still, tasted good though. 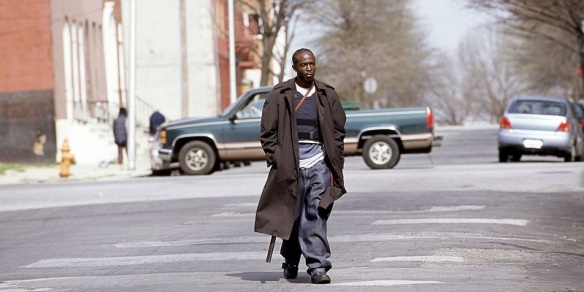 I have watched a few films since I’ve been here though, mostly in the background whilst getting on with other things, and I watched a few films before heading here, and some on the plane, so there’s plenty to talk about this week. I also made the mistake of finally starting to watch The Wire and bringing the first season with me (Aisha decided all the characters swear too much for her to watch past episode two), so almost every time I sit down to watch something I can’t resist another episode of that instead. Damn it’s good. More on that once I’ve finished the season. Oh, and the worst thing about being here, other than spending two weeks practically alone and with no-one to hold a full conversation with, is the internet restrictions. I’m amazed that WordPress is still operational, given that Facebook, Twitter, Instagram, Youtube and Blogspot are all out of action. The worst is Google, which takes out all it’s subsidiaries too, so no Google Maps, and no Gmail, not even on my phone. I use three Gmail accounts on a regular basis – all the organising I do for the LAMB and the Lambcast is on there – so this is getting unbearable. Plus, I missed this week’s Great British Bake Off! Anyway, here’s what I’ve watched in the past week:
END_OF_DOCUMENT_TOKEN_TO_BE_REPLACED